Declaration of War on Vandoosa 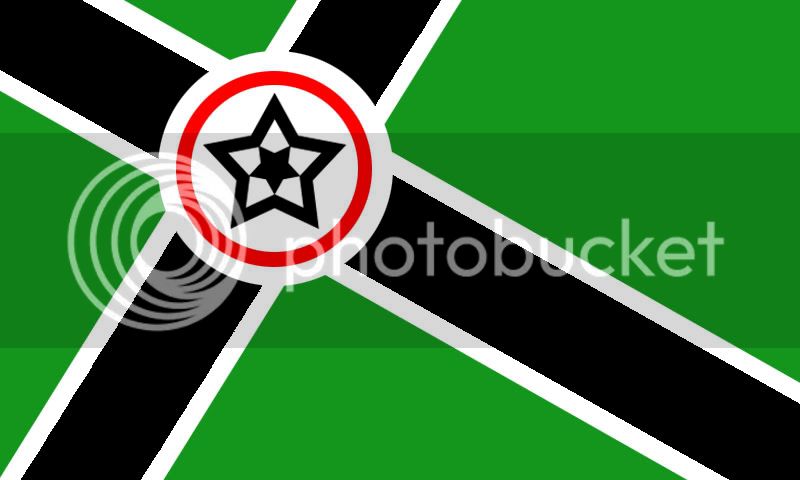 The Most Glorious Duchy of Staadtplatz has decided that is now time to invade the Red Meance, Vandoosa.

1. They are an aggressive empire that is trying to extend their reign to other nations, as is proved in this piece of scandalous Vandoosain propaganda.

2. Vandoosians defile Our Most Glorious Duchy by "Glowing."

4. Vandoosians are always drunk and cause many traffic accidents but never pay their fines.

5. They seek to expand their Empire from just the loft they currently inhabit.

Wars have been started for lesser reason than these. 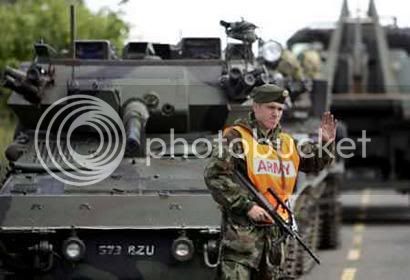 High Command of the Staddtplatz forces is under the command of Admiral Lt Brigadier Colonel General Captian Marius whom is currently leading our armies towards the Vandoosain borders.

What's the idea of this thread? Well, I'm looking at trying to focus on some smaller nations that supposedly exist within Iwaku memory. This plot literally takes place on the other side of the world, so to speak. It also will slowly reveal the whereabouts of two key figures in the history of Iwaku.

RP Style: Fantasy setting in a future past that never was. This region is similar to the events of the Second World War in which the Germans invaded the USSR. Expect to encounter characters that would fit in within worlds like Pirates of the Caribbean to Vikings to Steampunk. The most common form of weaponry comes from the Dark Ages into the early era of firearms. Steampunk styled airships and tanks are the advanced weapons of this region.

Setting: The Grand Duchy of Staadtplatz is a Prussian like military state that is seeking to extend it's empire from a small land space and expanding into the Vandoosain Empire, which is populated largely by strange white haired human like beings that are highly xenophobic of outsiders. Much of the land is similar to Eastern Europe, with rolling plains surrounded by high mountains with many rivers that eventually lead into the Sea of Iwaku. Most structures are still made out of stone or wood. Most of this plot will take place on the steppes in Vandoosa.

Character Goals: Simply to survive the war. It's up to you if you wish to join Lady Altantia to seek out the legendary kingdom.

Character sheet: (You may have two characters per player)

People on the frontiers of Iwaku are well known to have whiter hair color than the rest of the population. This is best assumed because it is a mark of being "outsiders" in the terms of genetics or that they have a hidden knowledge of the world. Londi has always kept to a spefic style of look, that being a long coat that helps keep him safe from the elements without becoming over heated on hot summer days. He’ll keep a wide brimmed hat on his person for this same reasoning. Londi rarely, if ever, wore armor since he felt that it was too restrictive. He stands around 6 feet tall and is fairly muscular.

Current Goal/Purpose: Delivering Lady Atlantia to the safety of the lands far away from the strife on the frontiers, not knowing that Iwaku has just suffered from the Elders Invasion and the coming of Diana.

Weapons/Spells/Skills: In a fight, Lodi uses sneak attack as often as possible -- otherwise, he can stand a fight with a blade. Rory has considerable Dexterity, which means he is fast and can use a bow or ranged magical spells with great effect. His specialty are ranged electricity magic that is crafted from the metal parts of his tunic in order to create energy. His main weapon if he can't fight with his basic magic, is the bow. In extreme cases, he'll fight with a blade.

General Personality: Londi is a kind man when he's around Lady Altantia, since it's been his duty to protect for as long as he remembers. Londi is a fairly laid back man when not presenting himself in front of others of higher rank in the world such as the military officers of Staadtplatz. He lives for excitement, exploring the unknown, and unpredictability of the future. However, in the world of politics and military striff, he doesn't really care either way since he has duty to one person vs. a state; i.e. He shoots and yells at people when they disturb him, mostly, and hides his care for others except for his Lady. He is also known to make wise cracks to Lady Altantia, secretly knowing she's hard to take seriously when she's upset. Londi has extensive knowledge on ancient writings, though he does not know where this power came from.

General History: As far as Londi is concerned, he has always been defending Lady Altantia from whatever her parents required him to.
F

Character Name:
She is Engel, though is going by the name Atlantia. 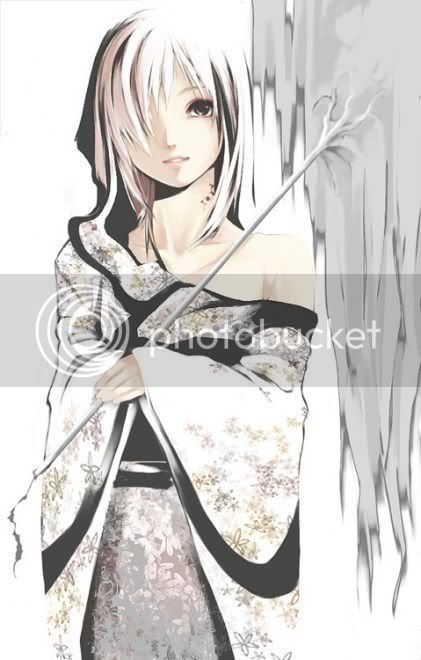 Current Goal/Purpose:
Finding out what, exactly, happened to Rory

Spells/Weapon
Spell: It's the ability to heal, nothing more or less. With this, she can aid her bodyguard while he defends her and she can restore the life of those who are dying. She refuses to resurrect the dead, though and is certain that her abilities can't stretch that far.
Weapon: Fluffy was more of a fancy gun carrier, but Engel prefers not to touch that technology. She just carries around a metal baseball bat because she's heard that they are highly effective and she can use them without having to kill somebody.

General Personality:
A very compassionate, loving and caring woman. She lives to cure others of their pain, even if that means taking their life away. The tears she sheds are for others, not for herself. Atlantia is also very wise and even if she doesn't have an answer for everything, she knows how to point questioners in the right direction. All this aside, she knows how and when to throw in a joke. No one can take Atlantia seriously because when she looks angry, it's adorable. This frustrates her to no end.

General History:
The past of Engel is long. She incarnated through Fluffy, slayed Homac and then simply left reality until she was needed again.
Focusing on what's happening right now, she has appeared in Iwaku with a goal. She wants to solve the mystery of what really happened to Rory, and goes by a different name for her own protection. While here, she can more closely observe what's going on as well, though wants to avoid most of the conflicts. Londinium is actually Rory, however he isn't aware of this.
N

So, just to be perfectly clear, this will be closed to most pre-existing IW characters, by virtue of being on the other side of the planet?
F

ALLOW ME TO ENTER.

Neko Archy said:
So, just to be perfectly clear, this will be closed to most pre-existing IW characters, by virtue of being on the other side of the planet?
Click to expand...


Yes. Unless a pre-existing character has a reason to be this far away from the main "Kingdom" then please state a reason why. This is not to say that the plot is not going to be interconnected with the current events, I'd like to use this a chance for newer members or characters to have a chance to shine under the sun so to speak. Hence the "side quest" status. Thanks for asking.

Also, please note this plot will be my normal mix of being character driven and semi dark concepts, so please be prepared for that, if you aren't used to my GMing style.
F

Perfect place for Kestrel or Endry to wash up.

I have added a basic summary guide and character profile sheet to this RP. Thank you for taking time out to view this RP.
F

Character Name: Endry Blade
Gender: Male
Job/Role: Swordsmaster from the old country
Age: 26
General Appearance: A tall muscular man wearing a fine tunic and breeches that are tied by velvet rope. Has blonde hair and blue eyes, typical Arian.
Current Goal/Purpose: Recovering from the shell shock of being in a new world and trying to find his place there
Skills/Powers/Weapons: Broadsword mastery
General Personality: Classic stoic armsman
General History: In the world-that-was, Endry was the swordmaster and man-at-arms for the emperess Drizaea, durring the cataclysmic joining of the three worlds-His, Kestrel's and Fel's-they all ended up in the nexus, unbeknownced to each other. He has been here the shortest time. 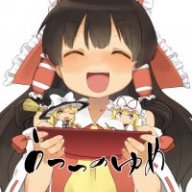 I just have to point out.. if you think this is horrid Vandoosa propaganda then you are insane. http://lordgodxentra.deviantart.com/gallery/#/d213cjq


All so find it odd you have some strange fascination with my country even though it has been gone from Iwaku for 100 years now...

All so this looks interesting.. I will be spying on everything you do now as I am interested to see how this goes..


God damn you Rory! I was planning to leave staff to put all my attention to my new land Schzestanya. But then I'd not be part of this Iwaku government with the ability to "do things". Now I have to go make stuff for that thing I am sposto be working on now...damnit.
F

Will post ummm... Well, soon. I'm sick, again. So my thought process is full of fail. Going to for sure work on it today. :]
S

Fluffy has kidnapped me for this.

Isabella said:
All so find it odd you have some strange fascination with my country even though it has been gone from Iwaku for 100 years now...
Click to expand...


Need there be a reason to take a pot shot at you and your heresy?

But Vandoosa is paradise and free land now... Lord Xentra is not insane and evil now.. We promote peace and love and socialism!
F

Socialism makes great things... like yesterday our nation has dug out a massive hole for lake Kostroma. We had a hard freeze last night though.. made ice shoot an inch out of the ground and everything is frozen.. including the water supply.. So laying the sand and concrete now becomes difficult... I have pictures of this giant hole too.. you will like my flag next to it.. gives good character. I'll all so let you know I listened to "the Best of The Red Army Choir" while digging all day yesterday.

Hey Isa could you send me a PM about the basic info about Vandoosa?

I can't remember where I left that info.. Oh wait.. I deleted that last year when cleaning up my computer.. it was out dated any way.. I can make a new one but it will take a while.. Kostroma is a bitch to build! Getting close to being done though!

Do you have anything about Lord Xentra and what'sface goddess lady? I don't plan using everything about Vandoosa's history in the plotline but the basic histories and VIPs probably will be mentioned.
Show hidden low quality content
You must log in or register to reply here.
Share:
Reddit Pinterest Tumblr WhatsApp Email Share Link
Top Bottom