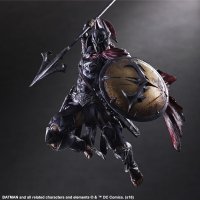 My name is Darin, and I've been a long time fan of roleplay! I'm looking to start a few long term roleplays with stories that can evolve and continue should we wish that. Let's start with some information about me!

I am a father, husband, and a middle school teacher. Because of these rolls, I am not always available to reply daily. I will, however, do my best to reply every other day. Because my family always comes first, I do not write on the weekends. That is family time! I am an easygoing guy, patient, and understanding. I'm also extremely loyal. I've been writing with the same partner for almost 10 years now! If we kick it off, connect, and communicate, that could be us, as well.

Because I can't post daily, I don't expect my partner to. My minimum requirement is once a week, but if you can reply more often than that, then woohoo!!

I consider myself somewhere between Intermediate and Adept at writing and treasure patterns of equal or greater skill so that my ability is stretched. I am always looking to be a better writer. I'd like a minimum of three well-written paragraphs. More is always welcome. I will write 4 or more paragraphs.

Communication is key to making any story successful. We plan together. I also enjoy making friends. We can be that, can't we? Let me know if you're going to be gone for any amount of time. I will patiently wait for your return! If you'd like to drop, just let me know. I understand!

Share your limits with me, and I will share mine with you. I never want my partners to feel uncomfortable with anything that we write.

Now, let's look at the stories!

Plot
Salem has always been a center for the occult. The way the ley lines intersected above the city seemed to enhance the supernatural. Terrible creatures would crawl through hellgates to terrorize the innocent, and practitioners of the dark arts would sow chaos for their own selfish gain. It was truly a bloody harvest field run by the wicked.

To combat this, the church sent Inquisitors to hunt down and destroy the witches that plagued the land. Anyone suspected of witchcraft was executed in the most extreme ways to discourage others from following in their footsteps. The church burned through the city like a wildfire consuming both the innocent and the guilty without a care. The beginning of this purge would come to be known as the Salem Witch Trials, and it would only be the beginning.

Not all practitioners sought their own gain or practiced the dark arts. From among the persecuted arose a coven that swore to protect the innocent and rain swift justice on the Inquisitors and their kin that practiced the dark arts. Along with the men, Aspids, who would serve as their protectors from any physical threat, these witches have defended Salem - and the world - for centuries.

Now dead witches are being discovered with their hearts torn from their chests and their Aspids brutally slaughtered. Is this the work of the church, the dark arts, or is there a new threat that has emerged? Whatever it is, the witches of the 21st century are going to do everything they can to stop it.

What you can expect:
YC is a young woman who recently moved to Salem only familiar with the historical account but completely unaware of the true story. She hits it off with a man that she meets at a coffee shop and goes on a couple of dates with him. Her life in Salem seems to be settling down just fine.

Little does she know that she's a descendant of a witch who left Salem to escape the persecution of the Inquisitors, and her boyfriend is the Aspid assigned to protect her. To make matters worse, the Inquisitors are on to what she really is. How will she navigate this new reality, the lies, the conspiracies, and a shadowy threat that no one has ever faced before.

Plot
The world used to be seven kingdoms that coexisted peacefully until one of those kings felt slighted by the others when his son was refused the hand of the princess of another kingdom that would have guaranteed an influx of precious metals for his kingdom. Through subterfuge and might, he conquered five of the other kingdoms. Fearing the growing empire, the remaining two kingdoms united under one banner and one king to try and resist. The world is bleak. The war has killed more innocents through famine and cruelty than soldiers have died to the blade. There must be a way to resist, a way to turn the tables before the world is truly lost to tyranny.

What you can expect:
Your character is a soldier/spy/innocent person who is a citizen of the now unified two remaining kingdoms. She is captured during a raid and taken prisoner in hopes that they might get information out of her that will help them finally defeat the remaining kingdom. Can she hold out to protect her loved ones back home?

My character is a conscripted soldier in the invading army. He is tasked with both the prisoner's interrogation and protection. He must fulfill his duty despite the conflict that rages on within him about helping the people who killed his loved ones.

When a prisoner becomes a lover and they go on the run, will they survive behind enemy lines? Will he be accepted should they make it back to her homeland?
#3 Enter Valhalla
Topics: Action, Dark (potentially), Adventure, Mysticism, Medieval, Norseman

Plot
It is said that if you die in combat with your weapon in hand, Odin's Valkyrie will usher your soul into the great halls of Valhalla where you can eat, drink, and fight until the day of Ragnarok. Every person who follows the Norse gods wants nothing more than to be present in those honored halls with the heroes of the past and the gods of Asgard. To fight alongside the Aesir during the fated battle of Ragnarok would be the ultimate sign of devotion to the gods.

But what happens when Odin's Valkyries no longer collect the souls of the slain, and the gods have ceased to answer prayers? It's up to two young Norsemen to discover the fates of the gods and restore balance to the realm.

What you can expect:
Your character is a young woman who finds herself in a situation where she must trust a young man when Draugr (the undead) ransac and murder everyone in their village. The local seer informs them the gods are silent and the Valkyries no longer collect the dead. To restore order and save their loved ones from an eternity of roaming or Helheim, the two of them decided to try to discover the fates of the gods.

Thank you for checking out my search thread! If you're interested in roleplaying with me, send me a PM. Also, shoot me 1 idea you might like to add to the story you choose!

Looking forward to hearing from you!