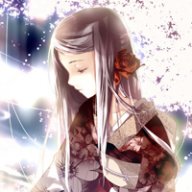 [tabs][tab=Overview]
Heaven and hell has always been at a disagreement but recent quarrels have escalated matters, turning both away from their fragile and forced 'peace'. They are now out for blood.

Vampires, werewolves, fairies and phantoms alike are forced to pick a side. Angels are reaching to protect and demons reaching to manipulate.

All is fair in war but also in love if you're lucky enough to find it in such condition. But careful, if you fall in love with the enemy, you both could be in danger.


(First time using rp threads so do help me in certain parts. Or visit the group for a similar scenario.)
[/tab][tab=Rules]
1. No god modding.

2. Play fair, no auto hits in fights and don't try to control the other person's response.

Seraphim are only controlled by me. They are used to discipline any rule breakers.


Archangels are one the major players of war so if you're too passive in rp, this might not suit. I want archangels that can create and lead the story.


Angels of normal tiers, they follow the game, rarely (but some do) question superiors.


Demons only have 2 tiers:

Arch demons are kind of demon royalties. They often create major conflicts with the arch demons.