Original poster
"Aye, sir. Fighters are already in position, all other craft will soon be ready to follow on your word." Monty responded promptly to the captains comment and following orders. He immediately ordered the preperation of all aircraft, from the fighters to the dropships. It was convenient that most were already on the line. The lucky bastards. Monty was jealous that these pilots got to fly out of such a nice ship. Back in the day he launched off an aging carrier with faulty plumbing and weird smell.
Reactions: 1 person

Nikolai and his team had been sitting in one of the drop ships for about 10 minutes. That amount of time normally they'd have received orders. There was some chatter behind him, some of his boys talking about what if the ship was under attack and whatnot. He knew they were just chatting like regular nervous soldiers.

"Shut the fuck up back there, I dont know who it is but if I turn around and find out I'm gonna beat ass." Nikolai said cocking his head slightly over his shoulder.

He looked front and rolled his shoulders, calmly waiting on orders. They could easily just be running drills but that wouldnt explain the sudden serious air about the ship. He felt the dropship shutter as it moved into launch position. Now he was getting antsy. He shifted his feet and let his LMG hang from his left arm. He turned on his outgoing comms and cleared his throat.

"What's the situation? Me and mine have been sitting here waiting on orders."

"Roger that," Someone on the comm said, "You boys are on stand by for now, await further instruction."

Nikolai heard his team grumble and put his hand in the hair to silence them, "Look we'd appreciate some orders down here. Or at least a headsup as to what the fuck is going on. We'll stand by but we dont exactly enjoy not knowing what to expect."

Comms went silent. Nikolai cursed under his breath about the stupid orders not coming in. He heard other squads over comms getting restless. If this was some kind of drill, god he was gonna be pissed. He lost his only alcohol. Nikolai turned around and pulled off his helmet. He rubbed his head and blew some air through his lips, making the horse sound.

Thought You Was a Frog

The jolt bounced Clint around on his seat and anything that wasn't tied down in the room clattered to the floor. The safety harness saved him a few bumps and bruises, but from the size of the jolt, something must've gone wrong in the ship. It isn't unusual for a tub this big to kick when you're going cold turkey, but this one was a little worse than usual. Clint summoned up a brief status report on his control panel and Clint got his answer. A red WARNING label popped up over Engine 2. No engineering reports had been submitted yet, it was still too early. The ship was a little more frail than he'd given it credit for, but he'd rather find that out during a drill than an ambush. The ship was state-of-the-art, but Clint had seen plenty of shiny and sleek ships get popped open by big old buckets. Clint has always been a firm believer in function over form. Still, this ship was new; he'd give it some elbow room for now. Hopefully she had more tricks in her sleeve besides breaking down.

Once the captain's orders came, Clint aye-aye'd it and sent the battle station commands out. At the same time, he wondered how may people were going to be either real pissed or real relieved once they found out it was just a drill. Probably both. With that jolt and the orders for battle stations, half the ship probably thought they were under attack or something. Clint remembered that mix of irritation and relief back when he fly smaller craft. He'd fly out of a hanger and into formation, only to be greeted by empty space and a whole lot of nothing. To the pilots, Clint added a little, "Good luck, boys." to their orders. 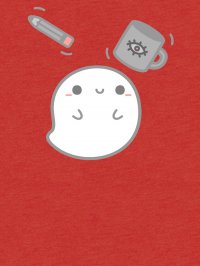 As the orders came in for everyone to get ready Lazlo grinned and donned his flight gear. "well at least I get to fly around a bit. Better than sitting around doing nothing." Lazlo smiled happily as the vomit comet's thrusters started with a howl. Revving the boosters a few times Lazlo quickly went through his pre flight checks as a squad of troops boarded his dropship. Since everyone was new the troopers were in for a surprise when they hopped in. The first hint that Lazlo and his dropship were not normal was the custom paintjob on the dropship compared to the rest of the drab dropships. As the troopers settled into their harnesses they would notice the myraid assortment of weapons attached to almost every spare surface of the interior. Grenades attached to velcro strips for easy access, spare guns strapped to the undersides of seats, there was even a large harpoon gun hanging from the ceiling that looked more suited for hunting aquatic monsters than being in a dropship. Keying the interior comms Lazlo gave a thumbs up to his passengers. "Welcome to the Vomit Comet gentlemen. There are barf bags between the seats should you need them." Ending his announcement with a sinister chuckle Lazlo switched over to the C&C (command and control) channel. "this is Victor 8-2 reporting in. Loaded and ready for take off." Now all that was left was to wait for the order to liftoff. Turning on the Comet's speakers, Lazlo started blasting heavy metal as he drummed his fingers on the sticks impatiently.
Show hidden low quality content