Crack the Case ♦ A Race Against Time [Iwaku Style]

Game Master: Sakura
Accepting New Characters: Yes!
Posting Expectations: At least one-twice a week.
Rating: PG-17
Genre: Modern/Drama/Suspense/Detective/Mystery
Atmosphere/Mood: Serious; Dramatic; Realistic
Basic Plot: An ordinary team of detectives gets caught up in a dangerous game with a terrifying twist. Solving the mysteries means everything, even turning your back on a comrade. Friends against friends, the stakes are high, which team will be the first to get a clue?
*Special Note: This is a remake of an old roleplay of mine that failed D:
I changed around the story, simplified the gameplay, and made it more Iwaku friendly (:

that strange package arrived at Iwaku, addressed to the team-members of the Detectives group. In the large box was a series of instructions, written on old-style crinkled yellow paper. At first, no one really paid much heed to the warning on the front of the box, holding their lives if they didn't play until the end.

ιғ we doɴт ѕolve тнιѕ мyѕтery, we'll dιe?...
The Iwaku Detective group split into two teams based on the answer to a single question.
The box also contained CASE FILE # 1 as well as instructions on how to begin the game.

нow тo plαy
this roleplay is played in a regular setting, story form. For example, we will discover the mystery and survey a possible crime scene or clue. After an investigation, we can have normal lifestyle roleplays as well. The actual game begins within the story when someone opens the case file for the mystery. The Case File contains information on the mystery, the setting and the people involved. It also divides the players into two teams for the investigation. For each investigation, failure comes with the risk of your life.

role oғ тнe мoderαтor
The moderator will be the GM (me! :D)
Each investigator will be contacted by the moderator for the purpose of splitting them into teams, giving clues, and answering questions about the case.

role oғ тнe ιɴveѕтιɢαтorѕ
Once a case file has been opened, gameplay proceeds like this:
- The Investigators will answer a multiple choice question (PM or Visitor Message their answer to the GM) -> this will divide them into the two teams.
- The scene of the crime or information briefing will occur in the roleplay
- As the story progresses, Investigators are given one question about the case per post they make.
While the moderator will give them clues and information, those only make up the skeleton of the case. The Investigators will put together the Mystery.

You will be given a scenario of a crime and as the detectives, you will decide how to proceed

α lιттle вιт αвoυт тнe ɢαмe plαy...
Okay. Here's how it works.
Mostly everything will occur in the roleplay~ opening the Case File, talking about the scenario, deciding on where to go, what to investigate, etc.
There are a couple of things however that will happen outside of the roleplay ~ in Ooc or in PMs (:

dιvιѕιoɴ oғ тнe тeαмѕ
For each case file, I will post a multiple-choice question in the OOC. PM or Visitor Message your answer to me. My character, being the Moderator will reveal the two team divisions.

ɢαмe plαy -> αѕĸιɴɢ qυeѕтιoɴѕ & ғιɴdιɴɢ clυeѕ
The Investigators may retrieve information on the case by asking questions.
These questions must be asked at the end of a post. You will be PMed your answer (:
*Yes you can ask other people for the answer to their question - will they give it to you? I don't know. Maybe if it's in their benefit? If you're on the same team?
*No, you cannot ask the same question someone else asked (you may try to rephrase it into a different question, though).
You get two questions per IC post. You may choose to save the chance to ask a question and use it later when you have accumulated four or more. We will call these "reserved questions".
*You may only ask YES or NO questions.
You will be answered with one of the seven key responses:
YES
NO
YES & NO
IRRELEVANT
I DONT KNOW
REPHRASE YOUR QUESTION
DEFINE WHAT YOU MEAN BY...
Along with the response, you may or not receive a bundle of information regarding the case to help with your posts. OR your character, in the IC, will be directed to, given, or will find a clue.

ρяσƒιℓє ѕкєℓєтση
Usually the victims of a case (if alive) or the people involved would be NpCs. But if anyone is interested in playing a character like that (albeit short-term), please let me know! (:

[noparse]
Name:
Nickname:
Age:
Personality:
Investigator Role: (What kind? The one who goes looking for clues, the one who interviews people, the one who likes making gadgets, etc. Be creative!)
Appearance:
Important Facts: (Anything we might need to know~ a history, a reason for liking detective work, a personality trait you want to elaborate on, a hidden crime secret, etc.)
[/noparse]

αвoυт ιwαĸυ ѕтyle
You don't have to use your Iwaku persona, but people from Iwaku will pop up in the cases or as victims, criminals, etc just to make things interesting.
This is why I'm leaving the profile skeleton less rigid than usual so that there's room to flow with your character.

✦The Mystery
​
✦The Case Files
✦The Notes

2:30 Sunday, February 6, 2011:
Finished editing && fixed title.
It's still a little confusing, despite my attempt to simplify it xD but I hope that everyone will be able to understand that it's just a normal detective/mystery roleplay except that you have to interact with each other outside of the story to get clues and information to move further with the story! (:

EXAMPLE FOR YOUR UNDERSTANDING:
After you post with your character, you can ask a question: Was the knife used to kill the man? The moderator (GM = Sakura) will give you an answer. Suppose the answer is: "Yes". You might also be given other information about the man or the knife. You are then expected to use this information to write your next post (making up the story around the clues you've put together)

Original poster
I think I remember this, actually.
S

Original poster
wow, really? :D
I dropped the supernatural-vampire-in-charge bit && cut up the rules & tweaked stuff to make it simpler.
What do you think? :D

Original poster
Oh, I might have this confused with another detective thing you tried to set up, where I wrote a character sheet for a crazy girl.
P

Original poster
I'm in. Not going to be using TC for my character because I want to see how you would put him in the story if you do.

Name: James Short
Nickname: Jimmy
Age: 23
Personality: Jimmy is a rather serious person, he doesn't have much of a sense of humor and is prone to becoming depressed. Despite this he still tries to stay on the bright side of things. He's also rather excitable.
Investigator Role: Forensics/Inventor
Appearance:

Important Facts: Jimmy's inventions are usually just more portable versions of preexisting forensic tools. He takes a bit to get started, but once he finally gets on track, he can be unstoppable. 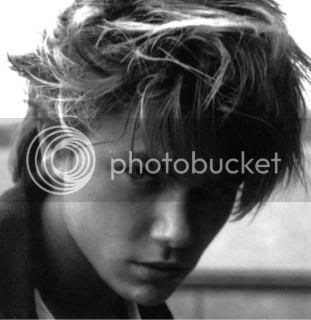 Important Facts: Sebastian is very good at astrology and hates plants, alcohol and the military.
S

Original poster
Seiji ~ AWESOME! Thankyou! (:
Archy ~ I remember! The crazy chainsaw wielding girl for Phantom Brigade 8D it was a high school horror mystery or something (:
TC ~ LOLOL okays! I hope I won't let you down when I do use TC in the case files! (: Jimmy looks good =D I like it! Thanks for joining ! :D
Asmodeus ~ YAY (: Asmu playing a teenager! I can't wait =D AND OH NOES. I HAVE TO WARY OF MY PLOT HOLES NOW xD Thanks for taking time to join this~ (:

I'd like to start when we have at least six players - three on three in teams
At the moment, we have 3.
I'll post up mine - the moderator, soon.
I'm still considering making an investigator for myself, too =]

I didn't even read through all the info and I already want to play this. o_o

Yeah, you just saw my name on the cast list and that was all you needed.
A

Original poster
Okay, I finally gave myself the time to fill this all out. I'd love to tag along. :]

Name: Sylvia Sanders
Nickname: Sylvie
Age: 17
Personality: Dark and contemplating, enigmatic, leery, methodical, those are words that would describe Sylvia well. However, her darker traits are hidden behind a wall of apparent indifference and coldness.
Investigator Role: interrogation/interview, also collects evidence at the scene.
Appearance: 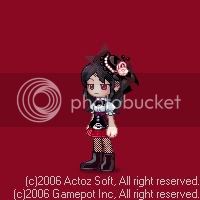 Important Facts: She tends to have a preference for red, white, and black in her wardrobe. Her family's history has been filled with crime. Her parents, even, learned to steal from an early age. Most would consider the majority of her family members sociopaths. Despite the background, she has grown to dislike the lifestyle her parents and her relatives lead, vowing to herself that she would not repeat the things her parents have done.

*sniggers at the likeness*

Original poster
Asmu, you're enjoying this too much. Obviously, she'd be eager to join since you are.
I know I would! :D

@Acqua-chan <3 : It's a great profile, you're in! Love the personality traits you listed :D Thanks for joining!

If that's all it takes, then I would have joined Fate Guard. :\

Original poster
Heads up on an update!
&soon as Tegan & Seiji's bios are up, we'll start =D
People who join later can jump in the normal storyline & join the investigators at Case 2.

Name: Elspeth Cheung
Nickname: Lucy
Age: 17
Personality: Quirky, dramatic, and emotional. Clever, but only when she wants to be.
Investigator Role: Organization & Behind-the-Scenes Investigation (likes to do interviews and compile and explain case findings to the group) - mostly "for-show" stuff.
Appearance:

Important Facts: Elspeth is energetic when it comes to asking people questions about a case; her curiosity always gets the better of her. Most of the time she's just your typical overdramatic damsel in distress, but once in a while she proves her own worth. She hates her given name, prefers to be called Lucy, and has photographic memory.