Mae Renea said:
​
Okay, so, I suppose I will let you know a little about my writing style. I only write in third person, and depending on my muse, I will write four-eight sentences to even two paragraphs. My muse comes and goes... However, I try to match your length... That being said... I do not do one-liners. I refuse to do one liners. Also, I wouldn't call myself 'picky' but if I am spoken to (even outside of RP) like this: i dont know wat you doin .....I most likely won't reply. I have a thing for capitalization and punctuation marks... Also, no text talk.


Real Me
›› My name is Megg, my nickname is Mae.
››I am twenty years old until March 6th.
››I am married to the man I been with since I was sixteen.
››I had a son with said man, also pregnant with another.
››I would love to RP.
››I am bisexual.
››I play gay men and straight women better.
››I love playing multiple characters.
››My favorite genre is romance/dramatic romance.

Rules
››Must be able to paragraph, though it will not always happen. I am a busy person, as are you, so short replies will happen but I would love for them to be five or more lines.
››No OOC drama, don't have the time for it.
››Also, if you feel the need to complain about me, or my character, tell me. If you do it behind my back I will just delete you.
››If I delete you there is most likely a reason I did it, do not add me back.
››Do not treat me like shit, nor treat my character like shit. If its the personality there will be a line you should not cross.
››Plot with me first before you send me a starter.
››I am willing to do crossovers, but speak to me first.
››No text talking.
››Sex allowed 18+, but, plot driven.

★One on One RPs★
* Indicate the characters I wish to be.
Bold and underlined indicates craving.
Strike means I already got bored with or doing (will change font color to black).

Fandom:
Cross-Overs are welcome.
Pairings are not limited to this, just talk to me about any ideas.

Disney/Dreamworks: [No Frozen...]
Disney High School
Honey Melon x Fred
GoGo* x Wasabi
GoGo* x Tadashi
Hiccup* x Jack: Hiccup went back one winter to a village he saw a long time ago. He was told of Jack's death and he couldn't believe he was dead which is why he believed in him once he seen him back at Burke making winter.
Merida* x Hiccup
Hiro x OC*
Hiccup x Heather
Heather* x Astrid
Wilbur x Violet*

Once Upon A Time:
[Teenage/Adult]Henry x OC*
Emma x Neal
Emma x Hook
Felix x Peter Pan*
Felix x OC*
Peter Pan x OC*
Peter Pan x Wendy
Henry x Wendy*: Wendy and her brother's stayed in Storybrooke since that was the only place they felt safe at anymore. Wendy has to grow up but at least she won't be alone.
Emma* x August

Avatar the Last Airbender:
OC x OC
Zuko x Katara*: A year after the war, Sokka and Katara got the tribe up and running again. Katara and Aang split up, he went missing in his attempt to bring the Airbenders back on their feet... Or at least the temple. Zuko and Mai also split up. Part of the Fire Nation started to cause trouble once again, so, Zuko and Katara decided to bring peace to the two nations for good was a wedding.
Katara* x Aang
Zuko x Mai*
Zuko x Sokka*
Zuko* x Aang
Zuko x Jet
Zuko/Mai's kid x Katara/Aang's kid*: Aang got stuck in the Spirit Realm, only way to do that is to get ancestors of Avatars in each element to open the Spirit Realm. So far they had (Y/C), (M/C), and (M/C's brother). Now they needed someone from the Earth ancestory. It will be a lot of adventure and we'll play the side characters. It won't be straight romance but will build to it.

Ed, Edd, 'n' Eddy: [Adult/Teenagers only.]
Kevin x Edd*
Eddy x Sarah*
Edd x Marie*: Secret relationship.
Kevin x Marie
Eddy x Lee: Edd ended up going to rehab, after thinking of himself as a failure for graduating his Junior and Freshman year. Ed turned into a Steroid driven man. Everyone else seemed to have either moved away or have a too fucked up life to even notice Eddy alone.. That is until the Kanksters move back.

Tim Burton Movies:
Jack x Sally*
Jack/Sally's daughter* x Boogie Man's son
Emily* x Victor
Jack x Emily*
Emily x Sally*
Victor's kid x Jack/Sally's kid*: He/She died but instead of going to where most dead people go, his/her dead protectors take her to Halloween Town where he/she meets a child of the famous Jack that even he heard stories about growing up.
Carolyn Stoddard* x OC: New kid on the block hears of the curse this Collins family is placed with. He/She wants to know what the Dark Shadows' Werewolf is like.
David Collins x OC*: Like above only curious of the family.

Greek Mythology:
Hades x Persephone*: Hades did see the beautiful girl in the meadow much like the myth, only, its not how they think. A Centaur (they are known for rape) caught sight of the Goddess and Hades merely rescued her. For once he was being the hero. He brought her home in attempt to help her from what nasty injury she endured. He doesn't care people no longer believe him, he probably deserved it. He was a cold man and at times cold to his own wife but he did not take her like the others and she believes.
Hades x Aphrodite*
God x Nymph*
Goddess x Human OC*
Hades x Irene* (Goddess of Peace)
Human OC x Nymph*

Peasant* x Royal
Princess x Knight: (M/C), a princess in a kingdom that just got taken over by an evil emperor was taken by (Y/C) to safety. The two pretended to be married for some time until they could come up with an idea to take the land over again.
Pirates
Ninja Princess* x Ninja
Steam Punk
Bad Kid x Good Kid*: (M/C) missed the bus one morning and had to reluctanly ask their hot neighbor with a bad reputation for a ride. Of course, being High School, rumors flew everywhere saying they where a couple. (Y/C)'s friends don't usual mess with (M/C) but this time they do and they are angry for (M/C) ruining (Y/C)'s reputation.
Single Parent* x Single Man/Female
Best Friends: (M/C) and (Y/C) been friends sense the third grade but they are rivals in everything they do. Sports, Martial Arts , Grades, etc. They are now Juniors/Seniors in High School. The true feelings are finally surfacing despite the bickering and fighting the pair does constantly.
Ninjas
Samurais
Arranged Marriage: Look at My Forged Wedding and Seven Husbands.
Band Mates
Elementals
Street Kid Leader x Street Kid 2nd in charge
Popular x Nerd*
Popular x Skater Kid*
Skater Kids
Hybrid* x Vampire/Werewolf: (M/C) was once an ordinary girl, until she was bitten by a werewolf. Her life seemed to get crazy until it just got worse. Before the werewolf-ness set she got bit by a vampire (ex-crush) because he couldn't tell she was a werewolf yet. Living between the pack and family got hard, being a hybrid she can't be sighted easily like the other creatures. She felt like she didn't belong. When she finally came out to the Vampire or Werewolf family with (Y/C) help she decided to combine the family. Your character can be whatever creature of those two you want and they can be for or against the families merging. We will play side characters too. ...This can also lead to different directions.
Angel* x Demon
Salem Witch* x Human: (Y/C) met (M/C), a witch but not at evil one like everyone thinks. She did have to use a love potion on (Y/C) to be protected from the Trials by becoming your wife so no one knows she is a witch. The love potion wears off eventually, after the wedding.
Witch* x Vampire: In a world where there are two kingdoms, one for magical humans and the other with non-magical humans, Vampires control the line. The Witch stumbled upon to a castle in the forest due to a vision. She stumbled upon the castle being controlled by Vampires. With her magical blood she has ten days to find the secret rose garden and drink the due or she'll be a Vampire forever.
King of the Dead x Maiden*: There was a story about a fair Maiden burried for a thousand years. The King of the Dead was looking for a wife. He awoken the Maiden that is to be his wife (as said the prophecy) and brought to the realm of the dead. He was a harsh king and so they have to work on falling in love or she'll be forced to just deal with marriage.
Bibliophile: The pairings are Librarian/Assistant x Fellow Book Lover*, Tutor x Peer*, Friend x Library Assistant *, Book Shop Owner/Worker x Friend*, Popular x Tutor/Nerd/Best Friend* and Best Friends. I will admit, this is more of a sexual RP, but, I wish to have plenty of plot as well for a romance. The settings and such will depend on what the pairings will be and then we can place a plot.

Original poster
I would LOVE to play Scorpious Malfoy to your Rose Weasley.

If you want to rp one of these plots with me, please let me know! 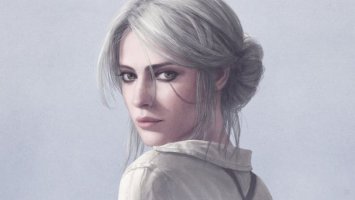 I could play Victor for Victor x Emily. Pm Me?
C

Original poster
Hi! I'd like to do the Teddy Lupin x Victoire Weasley
M