So, who is the best game company? In one corner stands SONY. In the other, stands NINTENDO. And our final fighter is... MICROSOOOOFT!


To not create a flame war. Rules will be in place.
1. No Insults (obvious joking is allowed)
2. You must list pros and cons
3. Flame shields and bias swords may not be recommended, but are fair game.
4. Everything else is permitted (Even cannibalism)
Reactions: Gwazi Magnum

I'm fond of PC gaming and Xbox gaming, but also own a Wii, a really old SNES, and a Playstation 2.

I like all games, isn't that enough?
Reactions: Dervish

Whatever one plays the games I like in a manner I enjoy playing them.

I'm hardly a fanboy. I play my Xbox 360, Wii U, 3DS, and PC all about the same, all have their place. I'll be getting an Xbox One around when Halo 5 comes out because I've finally been sold on that game and apparently they're making the XBone completely backwards compatible with my 360, so I can still play all the games I love.
Reactions: Darog
G

There will be a bunch of PC dick riders in here. They will pull their mods and superior gameplay out on you and whip you with it.

As for me, who cares? Video Games are fun. I play them on anything. From console to PCs
Reactions: Darog

Who gives a fuck? If it plays games that you wanna play, play it. If it doesn't have the games you like, oh well, no need to shit on it for not catering to your interests.

I picked PC for the poll because that's the thing I happen to use to play games the most.
Reactions: Darog

Picked PC; aside from Bayonetta 2 on the Wii U - which I'll grab after a few price drops - there really isn't anything consoles have that I care about that isn't already on PC. ._. Not to mention I'm a huge FPS nut and playing with anything other than a mouse and keyboard has always ended up lessening the experience.
A

Consoles may be a matter of convenience to some, but I find I can do more with the games I love on a PC.
Reactions: Gwazi Magnum and Windsong
H

PC. Steam allows me to take my games with me anywhere I like. I recently moved abroad for work-related reasons and was unable to take any hardware with me. It's extremely convenient to be able to log onto any computer in any given internet cafe and still access my games.
Reactions: Gwazi Magnum
W 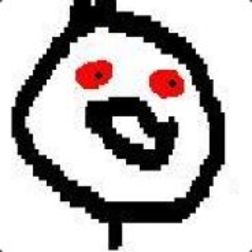 Grew up as a Nintendo fanboy (You can even find a few of my submitted "artworks" in old issues of Nintendo Power), the N64 was one of the most vital items of my childhood. I left right around the announcement of the Wii, (motion-capture and shovel-ware just aint my thing) and went to the Ps2 for a short time to enjoy titles like Battlefront, Ratchet and Clank, and Jak and Daxter. It was Halo that sold me to the Xbox 360 ( I actually found intrest because of the music,) and that is where I remain until this day.

However, I voted PC because I just recently built my first gaming PC (like, installed it 5 minutes ago), and I intend to remain there for a long while.
Reactions: Gwazi Magnum
M

In all seriousness I don't really care what I'm playing on, as long as I'm playing a game I enjoy.

I do prefer PC though.
Reactions: LunaValentine

Whichever plays the games I want. It's as simple as that.
Reactions: Darog
A

Sony, because most of my friends from school and work have a playstation 4 and I have more fun playing games with friends.
L

I want all the consoles.=(

But I usually have Sony consoles and Nintendo handhelds.

I used to play a lot of video games but not so much anymore. Now if I do its usually on the PC.

On one hand, PCs provide a huge range of mods and cheats to play with, as well as better graphics and troubleshooting. On another I have the shittiest PC ever that can only really run the likes of Spore, Morrowind and MAYBE some DOW if I can get the graphics right. (Which means shitty)

I will always cherish my PS3 and the games I still play on it. The biggest memories I have of my Xbox is playing Viva Piñata, Sonic 06 and Halo. And then watching it die slowly after like three years of owning it, unless my parents pulled the whole goldfish trick and replaced it secretly whenever it broke every other month.

I've just never been a fan of Nintendo, despite its enormous impact. The DS is amazing, but Nintendo games have never really caught my eye beyond being fun at parties and among friends, which I think is one of their biggest goals so hey.

GhostJoker said:
There will be a bunch of PC dick riders in here. They will pull their mods and superior gameplay out on you and whip you with it.
Click to expand...

And emulators. Don't forget the emulators. PC's have more backwards compatibility to previous console generations than current gen consoles do.

I play games on a PC because it's the most convenient. I can generally afford one expensive toy every couple years, so I go with the PC, mainly because it lets me do more than just play games on it. If I was speaking strictly of a gaming machine, it'd depend on what platform has the most games I'd enjoy playing on it. Which, seeing as how if you're determined enough nothing really gets outdated forever on a PC...
H

Nintendo and Sony for me. My first console was a SNES and I've owned pretty much every Nintendo console since, including the handhelds, and I've also got all the Sony consoles, too.
Then again I do enjoy other platforms, I have the old Xbox and the 360 though that's gathering dust from lack of use, and I have a fairly decent PC to play Skyrim, Mass Effect (would honestly like some controller support for that but it's not the end of the world if they don't), Bioshock Infinite and a host of other Steam titles that were dirt cheap in their sales. 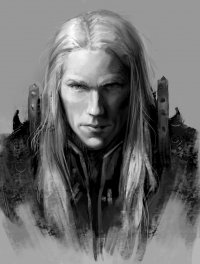 On a more serious note, I prefer Sony but do my best to stay out of the console war nonsense. 'Tis filled with attention starved trolls!
Reactions: Darog
Show hidden low quality content