Come One, Come All! Welcome to the Grand RP Ball! 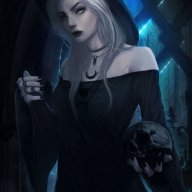 Online Availability
Week days I work from 6pm - 11pm and weekends are unpredictable.

I see you have wondered over into my little domain have you? Oh the joy! The adventure! The crazy! I will show you just what my mind is made of but I should warn you. Entering my mind can be a very dangerous place so grab your weapons and prepare to enter.

PLOTS!
All gender of stories can be swapped to be FxF MxM or MxF. Also most times I play male. Also I am a Teen so yeah, keep that in mind when choosing because most can have sexual content or not dependent on if its wanted or not. Only one is full of sexual content so if you pick that one you must be teen.

The bonds of friendship are often tested, and now the friendship of two childhood friends, will be put to the ultimate test.

In the sleepy town of Purgatory, in USA, Texas, a young boy and a girl felt a bond between them. First it started as friendship, the two going doing everything together, sneaking out at night to be with one another. And like any good tale, it blossomed into young, pure love.

Their graduation and 18th birthdays all close in, on the same day. And as the days come, they find themselves in a strange land together. Split in half, this is Heaven and Hell, half of pure white snow, half of blackened earth. The Truce, which sent the son and daughter of Hell and Heaven to earth.
It's the 1800s era of the land, around the middle of a place called Revé. The world is dank and desolate, covered with the spiderwebs of old structures that have crumbled down to their skeletons, and trees that seem to be stripped of their vibrant hues and replaced with a broken version of life.

In this place, the darkness thrives, hiding the conflicts of the darker creatures that roam the earth as they hunt for a sustainable life; one of which is hidden away in the human world, concealed as an amulet with a stone of vibrant emerald. Now, three of these creatures attempt to find it, hoping to free themselves from the dark lifestyle they lead as the nightwalkers they appear to be.
Narcissa was a different kind of mermaid always finding herself doing thing other then sitting around sing or getting sailors to jump in sea like all the others. One day swimming around trying to find something to do she comes a cross a dark castle that looked almost abandoned by the fact there was no one around. No sharks or even other fish. Wondering in she finds a handsome merman sleeping. Noticing he looked quite ill she tried to treat him. Soon she realized she had saved a legend. A legendary being from merpeople folklore.
In the Chubu region of Japan, where the valleys are deep and the mountain peaks high, there is a secret shinobi school hidden deep amoungst the snow and clouds. Under the guidance of the Sensei, young children abandoned by family are bred into killing machines. Sabateurs, thieves and assassins, each work for the Sensei to bring in money to help the surrounding region, which was neglected by the Shogun. In particular Myre and Raisha, two young girls taken in by the Sensei, developed a bond that was unbreakable. They spent their free time together, eat their meals together and they completed missions together. But after one particular mission, assasinating an offical in the Kyo region, Raisha disappeared. Unknown if dead or alive, Myre hunted for her friend, across all of Japan.

And then one day...
Luka Crosszeria, heir to all the vampires, high king ruling over the lesser royal families, preceding over the dark chained world of Gothic and black hues, where dark and different is life and where lords and ladies reign. He finds a wolf pup on his journeys through the castle's grounds one day, a snow white wolf puppy whom he names Indie.

Strange things begin to happen with this pup as she starts to change, shifting into a humanoid form with her wolf tail and ears. Loyal to her master she falls in love with him and becomes jealousy as he deals with his chosen suitors, unable to deal with the face he sees her as a pet. Now she works towards making him fall for her, going through crazy antics to get noticed in the room full of beauties that have been summoned.

The suitors will arrive a week before the official ball, allowing Luka to get a chance to meet each of the lucky ladies and lords that are competing for his attentions. He however isn't really interested in any of this as he doesn't believe in love and thinks it is a useless emotion that authors and painters have made up. During the week before the actual event, Luka is given the time to meet privately with each suitor, out in the gardens or somewhere where he is still safe from potential harm, to get to know them a bit better, though during the week, those that are unworthy of being his queen, or consort for the few men, will be sent home and disgraced in they eyes of their family. Lets face it if your chosen to be the suitor of a prince and your sent home before the ball, you did something wrong.
Alessandra (Aless) and Ellis, best friends, who have come to an elite school of dance in Italy from the states. But, in the mix up of learning new routines and try out for the leading role in a ballet, the two find themselves in a convoluted fantasy land where the tales they danced to become a reality. The two are mistaken as the lead characters of the tragic tales and are forced to go along changing the story. When tales collide and their passion for dance rises, Ellis and Aless must dance to survive.

(If you wish to do this one we will need to go over more things.)
When Samara is aside to be the Royal designer for the Kingdom of Valenten her dreams have come true, but when she arrives she is given the 'unending' list of rules and regulations. Though she sets aside the hatred for rules for every last thing she does, she completes a piece for the Queen to wear at the party for her newly engaged princess, who has become friends with Samara. After learning she is to invited to the party, which she attends, but things go down hill for her when she accidentally falls down a few stairs and kisses the crown-prince, Joshua. Remember the rules, well the rule of 'no commoner will have any form of intimacy with a member of the royal court.' The next morning her and the Prince are summoned to the throne room where they are told they are newly engaged.
Nearly a millenium ago a war broke loose between the Terrestrial World and the Aquatic World, the surpiors of these nations Vampires and Merfolk had gone head on. Though the Royal family's of these races didn't want a war, but it was far too late. Many centuries prior to this war many creatures would kill the merfolk for their scales or even their blood. For legend had it if you bathed in the blood of a mermaid you'd have eternal youth.

Merfolk had almost gone extinct due to the obsessive killing of their kind and the war had killed most off. Finally in order to stop this killing spree a treaty was made between the two powerful Royal Families of these nations. The Treaty stated that if the MerKing sacrificed one of his children ever few centuries to the vampire Royal Family, their kind would be safe on the lands, however if that merfolk wondered onto the grounds which where not free for all, say privet property, they could not protect them.

Now many centuries later from the day the treaty was made, the day has finally come and everyone is in high spirits of that days celebration. This day being the one the MerKing hands over one of his children to the Vampire King. This year it's pretty Princess Naia Venus Llyr, who will be handed over to the next vampire King, Prince Dimitri Ichor Cornelius.
Some will call us assassins, hitmen, gunmen, or hired guns. Others will tell you we are murderers, or even serial killers, but what ever it is you call us, one thing is for certain, we are one of the rare 0.1% of the world that is a professional at what we do. We have never been caught and we never will for those of you after us, yet you don't even know who we are and so you have given us the names Viper and Cobra. Which ever one of us is Viper or Cobra we wouldn't know nor do we care. Still one thing is for sure, we love what we do and that's killing and throwing wild parties.
Dahlia (aka Spade) has always worked in the red light district. She was an orphan with no family only the older brother she never meet. Being found by the Lady of a Brothel in red light district she starts her job there. A few years later a handsome young man by name of Lucian(aka Ace) shows up wanting to work at the Brothel. Only thing is he is more then what meets the eye. Being secretly both the owner of the red light district and Dahlia's long lost older brother. Dahlia soon falls for this new boy not knowing he was her brother and the one who owned all of the red light district. What will happen when Dahlia learns the man she feel head over heels in love with is her very own brother. 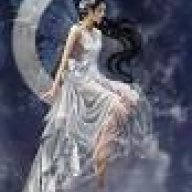 The Angel of Song

Genres
Romance,Fantasy,Modern,Magical and Animal are just a few genres I prefer.I want to try Horror though I have never rped in this genre.

I'm interested in the mermaids tale plot.I've been looking for a plot similar to this for a while!
Last edited: Oct 18, 2015

Online Availability
Week days I work from 6pm - 11pm and weekends are unpredictable.

~PurpleRose~ said:
I'm interested in the mermaids tale plot.I've been looking for a plot similar to this for a while!
Click to expand...

Mkay. I'll PM you with more details and what not.
Show hidden low quality content