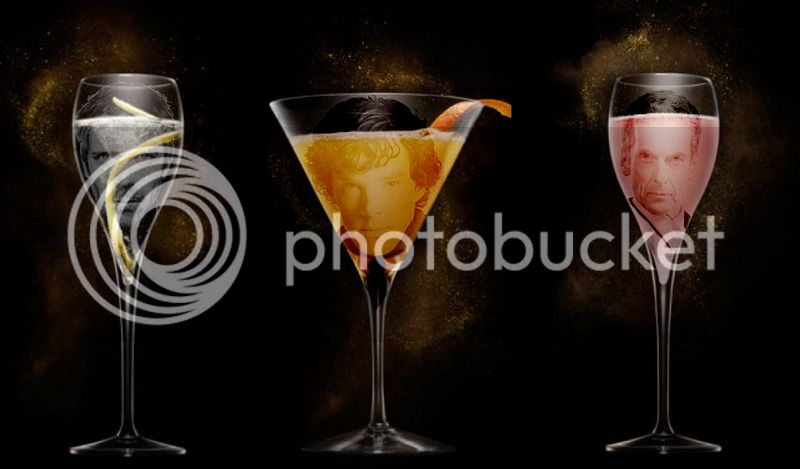 (Thanks to @SummerFalcon for the awesome image!)

Today's media has a thing for cranky, socially awkward, emotionally unavailable savants; and no wonder! These characters are walking intrigue; a cold, unfeeling exterior hiding a broken soul. Basically they're the traditional Bad Boy cocktail only with an extra layer poured on, and incredible talent stirred in; pour me another!

So the order of the day is teaching you how to mix up your very own grumpy badasses!

You will need:
1 oz Damage
What draws dewy-eyed fans to Grumpy Badasses is the same as what drew them to Bad Boys back when all it took to market a character was leather and a rap sheet: they're damaged, and project a need to fix and heal onto the audience. Often, this damage is the source of the grumpiness; trust issues are a common way to go, but again, don't be afraid to shake it up. For this version though, the damage goes in first; layered aaaalll the way at the bottom.

0 oz Interpersonal Skills
Adding interpersonal skills to your Grumpy Badass is like putting milk in your martini; just don't do it. Or do; you never know, you could create a new sub-variety of Grumpy Badass; the Genteel Badass? But this recipe is for a grumpy one, so you want to leave this one out as much as possible. Having them be able to fake it is useful, and you can give them one - maybe two - people they're super-duper close with that they can relate to, but in general the Grumpy Badass has that first half of the name for a reason.

4 oz Talent
No seriously, talent. This character is GOOD at something, which is why everyone puts up with them. Now this talent can be anything; cooking, fencing, computers, anything; they just have to be the best at it, or very near the best. Being arrogant and throwing this talent - and the privileges they get by its merit - in everyone's face is a pretty common way to mix a Grumpy Badass, but keep in mind that a Savant who denies their talent and tries to keep it hidden is just as viable an option; don't be afraid to change the trope a bit!

Scoop of Indispensability
Line the rim of your Grumpy Badass with some context; the talent will give him some access to employment, even social life, but there should be other reasons people can't afford to cut this jerk out of their life, so make sure you think of setting context when constructing one. Are they the only person with this skill? Do they have familial connections with people, does he have dirt or debt from people that they can't really argue with him too much? Are they just too fascinating to watch? Do people learn from them? A big part of what makes the Grumpy Badass so delectable is their immunities, so be sure to give some thought to the surroundings!
Reactions: Sleepy, Sterling, The Mood is Write and 5 others