Life wasn't perfect, but Leon was surprisingly comfortable. He had lost most of the hopes of ever becoming a famous artist, and accepted his fate in forgery. It brought in enough money to bring home, and allowed him time to paint, even if it wasn't his own work.

Leon had a particular piece of forgery with him, wrapped up in brown paper to protect it from the Paris rain that poured down on him. The water trickled from the brim of his hat onto his face. The art was tucked under his arm, only loosely so none of the paint would be squished.

As he entered the bar, Leon took off the wet hat and hung it on the coat hook, following along with his brown coat. There was quiet piano being played, and a thick stench of alcohol and smoke. It was a scene Leon was well acquainted with, despite his distaste for the indoors.

Looking around, the low light making it hard to see, but Leon had spotted a few faces. They stared right back at him. He didn't know it the first few times he had entered the bar, but it was ran by a small Parisian gang. Leon was more familiar with criminals than he was prepared to be, but it had dawned on him recently that he was a criminal himself.

Standing at the door a little awkwardly, someone finally reached out to shake Leon's hand. "Are you the dealer?" The gruff man asked. Leon looked at him with an attempt of casualness, "Correct." His hand was wet, a contrast to the mans cracked, dry hand. He studied the face that studied back, not recognizing anybody he knew. He had a few rich clients who bought the art, and crooked museum curators who needed the props from their bosses. But this man did not look like either.

The older man looked over to the man behind the bar, signalling for something. It was unlike the usual art deals he was used to. Something felt a little tighter, like he was no longer in his pond. Leon watched as the bartender disappeared behind the red, velvet screen. The reappearing man was different. Leon definitely recognized him, but too occupied to think to hard about it.

"Well, let us get comfortable." 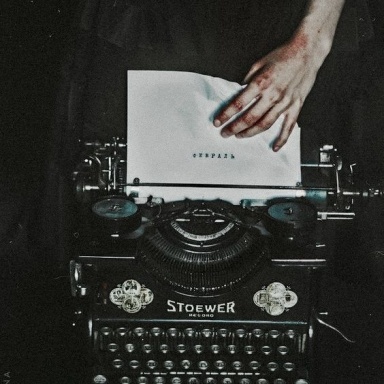 The aromas of alcohol and sweat and smoke mingled to form something timeless. Outside, the night watchmen and harsh bark of the German tongue had been replaced by tradesmen hawking their wares, prostitutes advertising their bodies. The crisp air of late fall had faded to a spring of torrential downpours and fog that obscured the city and sunk its teeth into exposed flesh.

Within le Syndicat, however, nothing changed. The dark-paneled wood bore traces of old drinks and fights and the initials of lovers in indelible carving. The stone walls had probably been around since the streets ran red with the blood of the bourgeoisie. That, thought Rémy, was comforting. The club, for all its unsavoury characters and sticky floors, was a refuge. Eyes closed, chair tipped back on two legs, he felt at peace with the world.

Startled, Rémy nearly sloshed his drink over himself as his chair clattered to the floor. When he opened his eyes, Antoine was smirking down at him. He shot a scowl at the broad-shouldered bartender. “Putin. I was having a moment.” Had it been anyone else, he might have pushed the matter, but Antoine had seen him at his worst, had held him back when rage blinded his vision, had not picked up and fled when he saw the core of Rémy’s being. That kind of closeness came with certain liberties.

He placed the drink on the table and, straightening his tie, emerged from behind the screen into the front room. A few men glanced up from their conversations and their drinks, before looking away out of respect or disinterest. He knew most of them by name.

The dealer, Thierry, was a rough-hewn boulder of a man, more suited to rural life than the warren of the city. Still, he was effective, and far be it from Rémy to turn down business based on appearances. Le Syndicat served as a safe space, a meeting ground where transactions could take place away from prying eyes. Privacy was worth paying for, now that the post-war confusion of the police force had begun to resolve itself.

The forger was a stranger. Rémy had seen one of his works, and it had impressed him. He liked to think a childhood spent staring at dust-coated oil renditions of his ancestors and the somber Rhone landscapes had given him an eye for art. Desperate for escape, the heavy gilded frames had been portals to distant lands, rife with the possibility of adventure.

The man before him looked out of his element. His features were refined, his posture betrayed by the defensiveness in his eyes. Rémy’s gaze locked with the artist’s as he wound his way around the bar. “Salut,” he said. Thierry reeked of sweat, and the artist was difficult to gauge so soon, so Rémy decided to forego the customary bisous. Instead, he slid into the booth after the other men. He was here in the role of arbitrator.

“Antoine,” he called over his shoulder. “A drink for our friends, if you please.” He turned to the newcomer. “What’ll it be?” To his annoyance, his upper-class accent was heightened by fatigue and the whiskey coursing through his veins. [/hr]
[hr="color: #fff;"][/hr]
Last edited: May 11, 2018
Show hidden low quality content
You must log in or register to reply here.
Share:
Reddit Pinterest Tumblr WhatsApp Email Share Link
Top Bottom