Choujin Kumite is a pretty simple Jump-In Roleplay with a story that revolves around fighters with various skills and techniques similar to that of something like Street Fighter, or The Original Dragonball. Characters will learn new moves, become stronger, etc as the story goes on.

Here, we'll post character sheets, discuss the story as it goes along, etc. 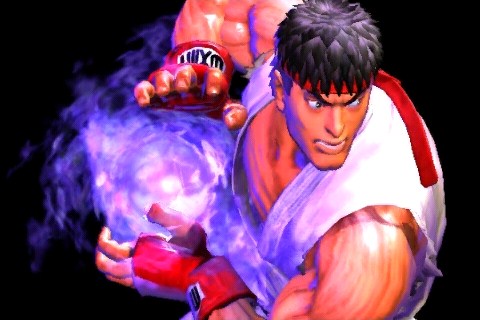 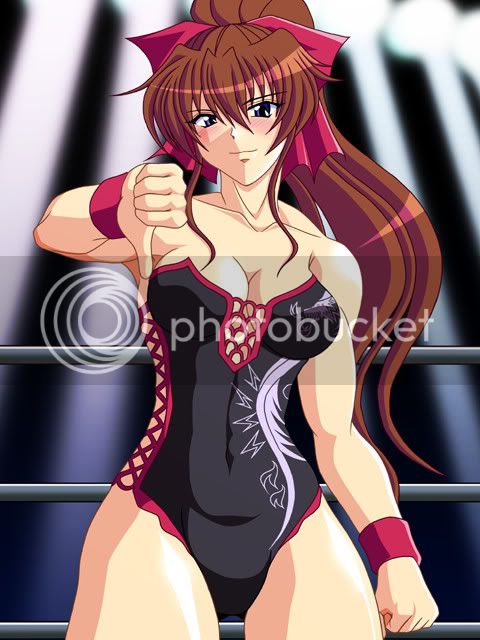 History: Jack is a young man known as a Dame Choujin (Loser Superhuman) for losing fights and failing often. Despite this, and all his weaknesses, he and his greatest power, his iron will, keep training, in order to hopefully become stronger, and prove everyone wrong. He travels the world in search of great masters, and new opponents to become stronger. He especially wishes to learn Kyokushin Karate and Wing Chun...
Fighting Style: (Currently) Kickboxing/Pro-Wrestling
Items: Cell Phone, Keyring, Candy Cigarettes
Weapons: None
Skills/Abilities: Jack trains intensely. Intensely enough for him to have some high strength, speed, and agility. However, it is his 'Burning Inner Strength,' a manifestation of his fighting spirit which boosts his power and gives him the energy to keep going, and likely, win.
Signature Moves:

Original poster
This looks like it'd be fun :3
A

History: Renji was born and raised in China as an under dog. He spent most of his time learning the five deadliest fighting styles. Dragon, Snake, Tiger, Crane, and Druken Fist. At an early adult age, he was jumped and beaten by a random woman. The attacker was an old friend of his and she swore him his revenge if he could defeat her in combat. She would always enter into a tournament to display her power so Renji hopes to find her here.

Items: a tooth pick, cell phone, a bandoiler of kunai, and his black robe.
Weapons: His Fists
Skills/Abilities: Due to his training of multiple animal martial arts, he has become wise and quick enough to catch an arrow. He is highly trained in the fighting style of Tai-Chi not for combat but for focus.

1. Wrath of the Zodiac: A barrage of strikes varying from any combination of his fighting styles.

Fun Facts: Can't resist cute objects, animals, or people.
Quotes: "Enough of this!", "Raaagh!", and "What a drag.."
Them Song: Click Click Boom by Salvia

Original poster
I don't like the fact it's a vampire. Just take out the second technique for the moment, you can only have one to start with. Then you can go ahead and start.
T

Original poster
ok, I could change his species if you'd like :T
A

Original poster
Yes, on second thought, I'm taking out that whole species thing for this RP. All humans, baby.
T

Original poster
awww :O
Oh well, who knows what people could bring to the table. but still you never know who could try to overpower themselves @_@
J

Original poster
What's up!? I just joined this RP site and I'll start by joining you guys! I'll just need to read a little more on how this works!
A

Original poster
Oh, shit. Where should I start?! D:

Uhhh…scroll up. There's a 'character sheet.' It's basically an application where you create a character. Try to fill out everything, please.
J

Original poster
Haha alright I'll do that! I think I understand how this works now...
J

Original poster
Name: Joe Harbinger
Gender: Male
Age: 25
Appearance: Stands 5ft 10in with short black hair and alternate green and blue eyes. He wears tan sandals, blue denim jeans, a white t-shirt, a tan trench coat, glasses that are perfectly fitted to his face and one simple ruby earring in the top of his left ear.

History: He comes from a town in the U.S. where he was not accepted because his parents had been targeted as an untrustworthy bunch of thieves. At age 10 he had an interesting event happen to him, it was the first time his ability broke through from anger because he was picked on every day and when he became legal age, was beaten up every other day. The ability was that he could read any of his opponents moves and attack with the same ones but was something he kept secret from everyone. By chance a traveling kung-fu teacher had come to the town one day and saw the poor young man being beaten, the teacher interveined and saved the Joe from anymore injuries. As thanks Joe invited the teacher into his home for dinner but knew his parents would steal everything the man owned. Once in the house his parents tried to jump the kung-fu teacher and were foiled by his anticipation of the event. The teacher took Joe away from that home and taught him the basics of kung-fu but knew all too well something else lay burried deep within Joe. Before the teacher left he gave Joe a simple earring with a ruby stone in the middle. Once the traveling teacher left Joe set off on his own journey to find out what there was to learn about the world.

Fun Facts: Reads all the time on the histories of various things, plays games on his cell phone, loves hamburgers!
Quotes: "You will not win!" "Time to get serious!" "THIS ENDS NOW! Haaaaaa!"
Theme Song:
Extra:
J

Original poster
that imagination ability seems a tad bit overpowered. I'd be careful if you actually used that in an RP...
J

Original poster
Actually he does and will not use it unless he absolutely has to, it does sound very over powering but it's what he uses to make his fights come alive. I'll make sure it's quite limited in his way of thinking and using it don't worry. This is more or less an experiment though.
A 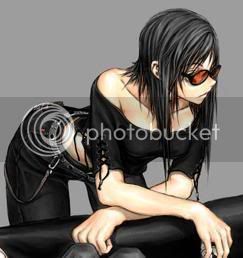 Stands at around 5'7" with hazel brown eyes.
History: Born in Seoul Korea, Lena practiced taekwondo from a young age, learning from her father who was a master of the martial art. Though her father made an enemy of the local crime group by fighting for people being harassed by gansters. The crime boss was the first person to face her father in a fight and win, cruelly taking his life in the process. Some time after their lose, she and her mother moved to the states for a fresh start where she began going by "Lena" to better fit in, plus it had a nice ring to it. She continued her training as she grew up and once she was old enough she began traveling the world to better hone her skills, working to become stronger so she may one day avenge her father.
Fighting Style: Tae Kwon Do
Items: A collapsable knife she usually carries on her, though as a tool, not a weapon. Sunglasses she's rarely without, and a cellphone.
Weapons: Just her fists and legs.
Skills/Abilities: Agile movement and jumping skills thanks to her training in the kick-based fighting style.
Signature Moves/Techniques: Double Crashing Blow: Jumps and flips forward, delivering a kick with two legs-- one after another-- with ki charged into the attack. The attack is aimed for the head or upper body in an attempt to quickly subdue her opponent.