You are using an out of date browser. It may not display this or other websites correctly.
You should upgrade or use an alternative browser.
Added to Calendar: 08-16-20 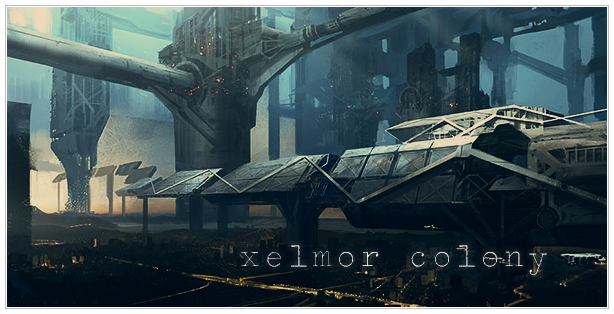 XELMOR COLONY
AUGUST 16TH @ 12PM Noon Central Time​
Xelmor Colony Station has been in the forefront of society advancements for the past 200 years. Being a multi-species colony, there has been a lot of debate on which Empire the station actually belongs to. Recently, the local government of Xelmor has decided to secede from all world ties and become it’s own Independent entity. The intention was to explore the vastness of space and use the homegrown technologies of Xelmor to inhabit and develop a barren planet. A good planet candidate has been discovered and teams have been to the surface investigating.

Recently a strange illness has started to spread on one of the Xelmor levels. Is this a virus from the planet or is something more nefarious going on?

WHAT: You are a denizen of the Xelmor Colony station. The sky is the limit on what sort of character you play! It's a science fiction setting with all kinds of aliens and creatures, so have at it.

WHERE: Join us in the XELMOR COLONY chat room. You'll find the link to our chats in the CHAT tab when it's time to play.