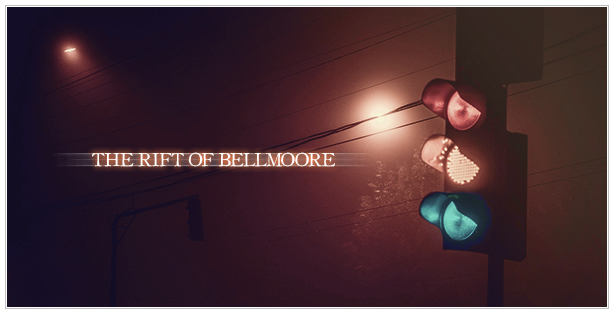 THE RIFT OF BELLMOORE
NOVEMBER 17TH WEDNESDAY @ 12 NOON TO 3PM CENTRAL TIME​
It's the middle of summer and the heat is blistering in a little New England Coastal town called Bellmoore. Despite the sunshine, no one dares go down to the beach and few locals are seen strolling around the town streets. Tourists, though, love coming to Bellmoore hoping to catch sight of one of the spooky urban legends or experience the odd earthquakes that've plagued the area in the past ten years.

Little does everyone know, the town of Bellmoore sits on top of a Hell Rift and tonight Hell is going to break loose.

WHAT: This is a modern supernatural setting featuring demonic and angelic themes! You can play anything that'd fit in that sort of setting.

WHERE: Join us in the BELLMOORE chat room. You'll find the link to our chats in the CHAT tab when it's time to play.

HOW: This is a ACTION PACKED SETTING WITH IMPROVISATIONAL GAME MASTERING. That means the object of this roleplay is to interact with other characters, and from those interactions I will create a plot and story around you. There may be action moments, where strange events will happen and your characters will have to work together to resolve it. With this ChaRP "lol random" behaviors are discouraged -- what your character says and does will have in game consequences, so choose wisely!

Do not take events in the roleplay personally or assume that bad reactions are because they think you/your character sucks. Everyone is playing a character and reacting to things as their character would!
Last edited: Nov 10, 2021
Reactions: Zarko Straadi

Valerian is a "rogue scholar" of ancient and classical history who has published unconventional theories on the esoteric and mystical beliefs of the ancient world. He leads tours to mysterious places such as ancient Egypt, and megalithic sites in Europe, Central, and South America.

This charp is TODAY in a lil under 2 hours! 8D

Name: Amberly Miller
Age: 14
Personality:
Amberly has always been quiet and shy, not one to make waves. There doesn't seem to be anything particularly remarkable about her, except for her ability to fade into the background. Since her father's death and her brother Cameron's departure from school, a cloud of sadness has hovered over her, which is apparent whenever Cameron isn't around. It is only in his presence that she laughs or smiles, but even then there is a certain brittle fragility to her happiness.

Amberly has always felt that she is a burden to her family, an expense they cannot afford. She utterly adores her older brother, and looks up to him as a hero, but she also blames herself for the fact that he had to drop out of school. She's the reason Cameron will end up working in dead-end jobs for the rest of his life when he can find jobs at all, the reason he can't spend more time with friends or going out on dates. Simply by existing, she has single-handedly ruined the life of the person she is closest to, and she has to keep her guilt hidden deep inside, from him most of all. That, and her thoughts of how much better off he'd be, if she was dead.

Amberly was born into poverty. She's always been at the bottom of the social totem pole at school. At home, she has been very sensitive to the fact that anything she might need or want had to come out of a budget with not enough money in it. Whenever she was sick or injured, she'd try to hide it, pretend she was fine. Once when she was eight years old, she got ruptured eardrums, but kept it to herself thinking it was just an earache and would go away. Her family was having a rare getaway, an overnight trip to Bellmoore. Amberly pretended as long as she could, until she could no longer hide the fact that she was in pain. Her parents asked her for an explanation, and pressed for an answer until she finally relented and told them. They took her to the doctor. She received treatment, and had no lasting damage to her hearing. She still felt horrible about ruining the family trip, though she never said anything about that to anyone, even Cameron.

A year ago, her father died, and Cameron dropped out of school so he could take a full-time job to try and help the family make ends meet. This hit her like a hammer to the face, though she does her best to hide the pain. Not only has she lost her father, she's destroyed any hope Cameron might have for a better life. Her vague understanding of how to get out of poverty and make it in the world consists of "stay in school, get good grades, go to college," and Cameron has lost his chance at that, because of her. Her own grades are only passable, and she can't really visualize a good future for herself, or that she even deserves one.

This summer, Cameron was able to supplement his job with some gig work and save up a little extra money for a trip to Bellmoore with his friends. To Amberly's distress, her mother insisted that he take her along. He was happy to, but she feels like an unwanted tag-along, and wants him to be able to have a good time with his buddies.