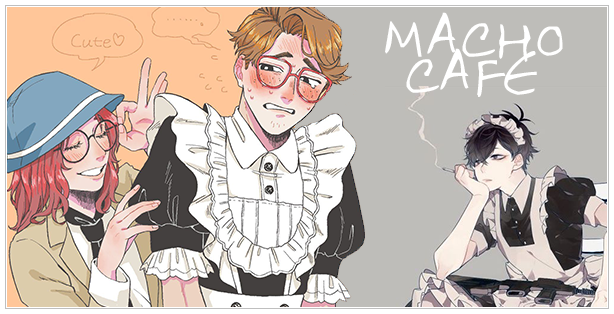 MACHO CAFE - AN AUTUMN HAUNTING?
NOVEMBER SUNDAY THE 29th @ 2PM TO 5PM CENTRAL TIME​
Fujimoto Hinata is an old woman, but she runs a very successful cafe. The theme? Macho Men! If you're a guy that doesn't mind being ogled by cafe guests, come on in and work for Fujimotosama!

There is a rumor going around that Ryuuji has a fiance and he's been real grumpy since his boyfriend made a scene at the cafe, so no one has been brave enough to ask! There have been several strange and spooky things happening at the cafe as well. Could it be sabatage or something more creepy?

But the cafe MUST go on and continue serving it's loyal guests! This week's theme at the cafe is Autumn Butlers. Handsome gentleman serving up the best hot drinks and cakes in town.

This is an ON-GOING Charp & Forum roleplay that's just meant as silly character developing fun! You absolutely DO NOT need to read any backlogs or know what's happened in the past to join in. But if you want to you can check out our information thread here in this link to find bios, past charp logs, and a link to the forum rp thread.

This is a SOCIAL ROLEPLAY WITH IMPROVISATIONAL GAME MASTERING. That means the object of this roleplay is to interact with other characters, and from those interactions I will create a plot and story around you. The majority of this roleplay will just be developing your character and interacting within the setting! 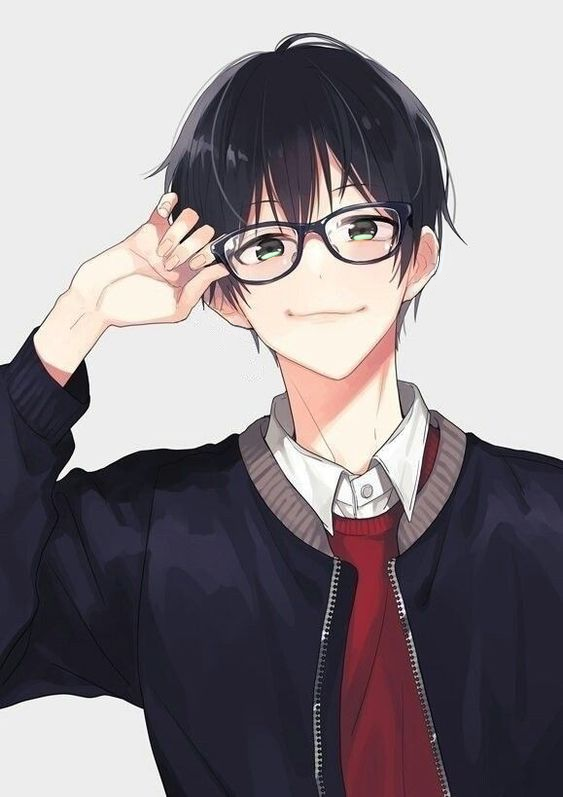 Nickolaus Caeg
17/Male​
Full Name: Nickolaus Morris Caeg
Nicknames: Nic, Nick, Nicholas. (He doesn't really like these) Ca, Cae.
Horoscope: Aries
Birthday: April 17th
Age: 17
Gender: Male
Sexuality: Closet Homosexual
Height: 5' 6'' (167cm)
Blood Type: AB+
Alignment: Lawful Neutral
Mental State: Highly possessive, prone to narcissistic and stalkerish tendencies
Traits: Has a knack for ‘hitting where it hurts’ in arguments
Skills: Being a walking encyclopedia and dictionary, all in one. Math (and most times faster than a calculator!). Knowing all of the constellations by memory.
Hobbies: Stargazing, Reading science articles (especially if they’re space-related).
Habits: Pushing his glasses up when he’s about to show off share some interesting info.

Personality: Nickolaus is the type of person that knows they’re smarter than most and doesn’t try to hide it, quite the opposite, it’s more like the teenager takes pride in showing off at every given opportunity. He will fix everyone’s typos and grammar on the go, yet not actually teach the other person about what they did wrong. That is unless they express confusion over it, then you can expect this guy to do so, nonchalantly, as if it was the most obvious and basic thing of the world. If they feel dumb, congratulations! Objective completed!
If correcting typos weren’t enough, Nickolaus is the perfect example of an annoying know-it-all, spouting trivia no one has asked for every other time, even about subjects he doesn’t quite understand all that much. If it turns out he’s wrong? Welp, forget admitting things! His ego just wouldn’t allow it, nah, the most you get is a half-made excuse and a change of subject… Oh, and if he’s ever put ‘against a wall’ for whatever might be the reason, he lashes out.

See, Cae likes to think that he’s got it all going for him, that he’s the center of the world and should be treated as such. To be suddenly pulled down from his delusional pedestal is an attack worse than death and so when it happens, Nickolaus feels personally threatened, cornered and things are blown irrationally out of proportion. That when harsh truths are usually said under scoffs. There’s not really a distinction between friend and enemy at this point, there’s just him and his wounded, aching ego. If it takes dragging someone else down to the mud to fix this, then so be it.

In contrast to the teen’s harsh, ice-cold core, the usual Nickolaus is at a first glance, just an annoying geek, who takes delight in correcting people and is a big suck-up for the rules. Oh yeah, don’t let this fellow see anyone break any type of moral code or school rules, he won’t hesitate to tattle on people either.

Backstory: Being the only son of a couple of Philippine descendants, Nickolaus was raised under the strict order of a typical Asian family. It wasn't difficult to figure out that if he acted properly he'd get praised and if he acted badly he'd get punished and like most children of a young age, the boy longed to make his parents proud of him. As such, Cae never missed a class, often made research on the subjects in class on his own and would bring his findings to the next lessons, impressing both teachers and other students alike.

Eventually, what had started as an innocent call for his parents' attention had devolved into something else. Praise and recognition were great and he wanted more of that. The teen strived to be the top of his class and when that hadn't been enough he worked extra hard to be the number one student of the whole school. There was absolutely nothing that he couldn't accomplish. On top of doing research on his own accord, the boy had also joined and excelled at both the Academic Decathlon team and the Chess club, though he got tired of the later one pretty fast, deeming it not challenging enough.

Friendships were never really a worry to him, and though other hard-working students just naturally orbited around Nickolaus he never really considered them his friends, just acquaintances at best. When girls confessed their love to him, he would kindly turn them down, unable to reciprocate their feelings, or even understand them. Though eventually, he had come to realize that there was one of the fellow Class Presidents of his grade he harboured an odd admiration for, Alex, a blonde, cheerful and genuine male student, who made nerd jokes here and there and whose smile shone like the sun… Whose girlfriend had come to pick him up after a meeting.
That’s when Cae came to understand both the pains of love and raging fires of jealousy, but still, the call for Academic excellence was too strong and all these complicated feelings, that were messing up with his rationality were threatening to put everything he had worked for thus far into jeopardy. In the end, the teenager just kept going as if nothing had happened. He had gotten usually good at hiding his true intentions after all. Something as complex, scrambling and frustrating as love, was simply not worth the time or effort.

The parents were present and all, but on their perspective as long as his grades didn’t falter there wasn’t anything wrong. They still don’t know about their son’s orientation and hopefully never will. Cae would definitely like for them to stay in the dark eternally about that one. Near them, the boy’s actions also contribute to maintaining said illusion, as he puts on a more pleasant persona around the two who remain ignorant of the adoration-starved monster they’ve raised.

Trivia:
Reads periodic for leisure time;
Avoids talking about family at all;
Aims to study Astrophysics in college;
Knows every single constellation by memory;
His last name, Caeg, means 'a boastful person' in Ilocano (one of the many Phillipine dialects).
Last edited: Nov 29, 2020