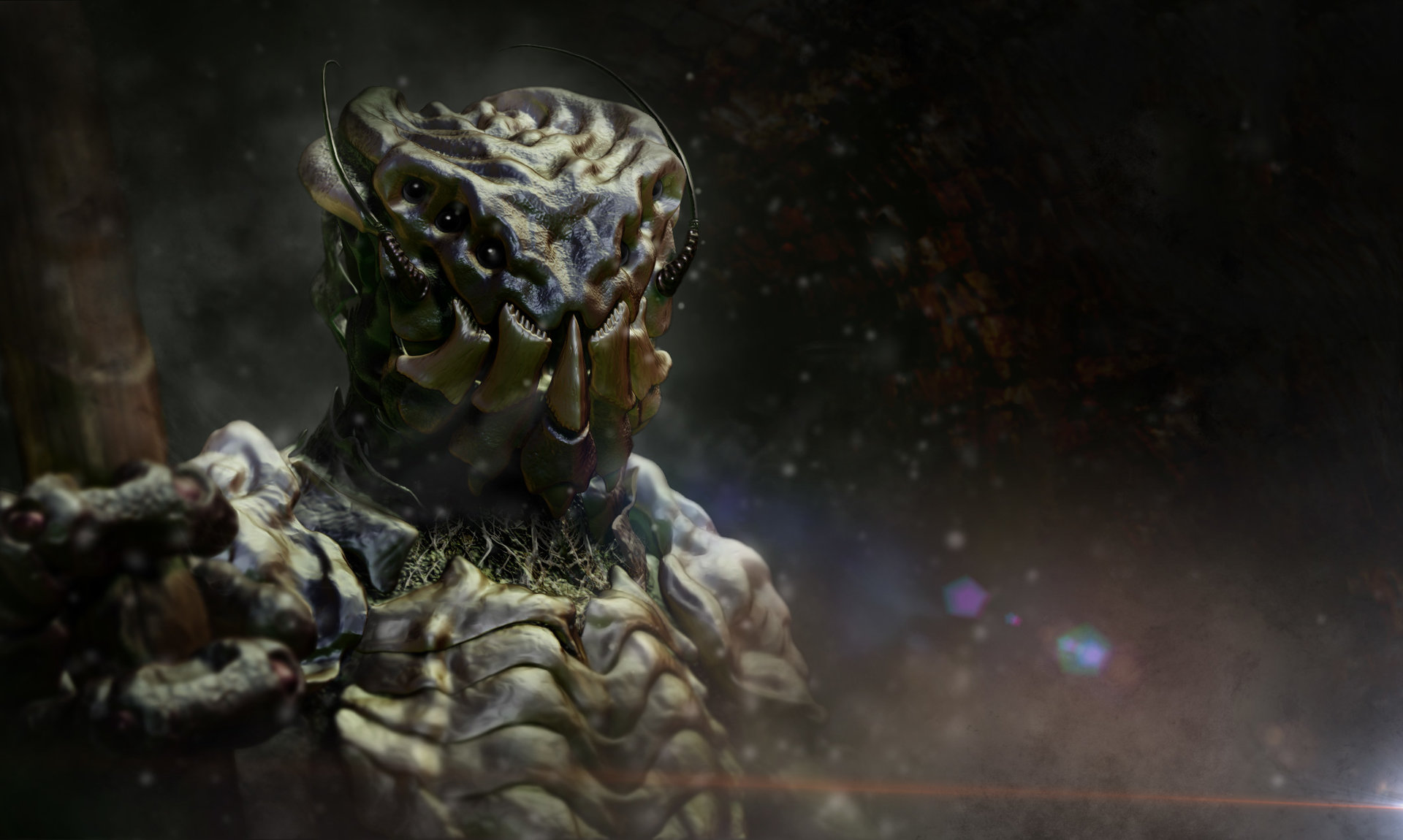 GLURPGLOP GETTIN' MARRIED!
THURSDAY JULY 22nd @ 12 NOON - 3PM CENTRAL TIME​
One of the best aliens you have ever known in your life is getting married! You and a few of Glurpglop's closest companions came together to give Glurpglop one hell of a sending off party at the biggest space casino in the galaxy. Filled with hot dancers, good food, lots of gambling, it was a night none of you will ever forget!

Except now it's morning and Glurpglop is gone?! Everyone swears you all, including Glurpglop made it back to your rooms in one piece. But it's 3 hours until the wedding begins and the groom is no where to be found!

You and the crew must investigate what happened and see if you can find Glurpglop before the wedding. If you don't, there may very well be an intergalactic fiasco, as his waiting space princess bride is a very hot tempered lizard who may very well have you lot killed on the spot.

WHAT: This is a space saga scifi! Play anything that fits! Character Bios are not required, but highly encouraged!

WHERE: Join us in the GLURPGLOP'S WEDDING chat room. You'll find the link to our chats in the CHAT tab when it's time to play.

HOW: This is a SOCIAL SETTING WITH IMPROVISATIONAL GAME MASTERING. That means the object of this roleplay is to interact with other characters, and from those interactions I will create a plot and story around you. There may be action moments, where strange events will happen and your characters will have to work together to resolve it. With this ChaRP "lol random" behaviors are discouraged -- what your character says and does will have in game consequences, so choose wisely!

Do not take events in the roleplay personally or assume that bad reactions are because they think you/your character sucks. Everyone is playing a character and reacting to things as their character would!
Last edited: Jul 1, 2021
Reactions: Kuno

It's that time again folks! Time to drop a completely experimental dream concept that hasn't gotten as much thought as others XD
This is probably going to be a bit of a mess... (Not as much as I thought actually!) 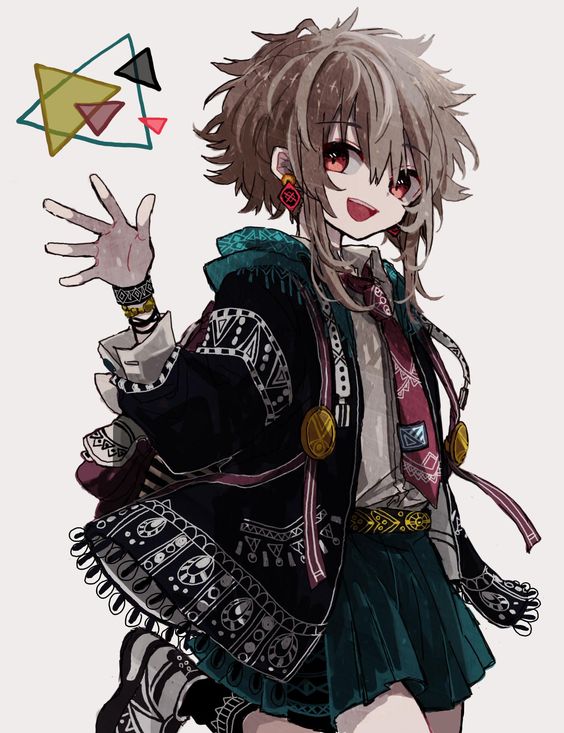 Energetic, puzzling, unpredictable, and as sudden as a gust of wind, Fhlik is part of an alien race that's incapable of reading tones out of writing, and therefore to draw meaning out of it on eyesight alone. Instead, they create a near-telepathic link with text that allows them to feel the intentions behind the writing, giving them a mental image of what it's being described.

Leaving their people behind, the entity now known as Fhlik would discover the side-effect of such an ability when used against subjective writing such as storybooks. Doing so seemed to concede Fhlik the capacity to 'hop' mentally into the world of the book and even interact with the story to change its events, creating a copy of the text now with the new events in the story, like splitting a timeline. Amazed with the possibilities of such a power, Fhlik then took upon themselves to protect characters from their writers, diving into books to change the fate of well-written, engaging characters that in their opinion had undeserving fates in the narrative, or just went too soon without getting the chance to change their ways.

The new books with the split timelines are then kept on their own personal library, where they keep visiting those characters to see how things went, or when they're just lonely. Their original form is unknown and so is whether they understand the idea of gender like humans do. Fhlik is Fhlik and that's all that matters. They also seem able to change their own colors on a whim, given that their hair and eyes are never the same from the last meeting. Fiction-hopping has a huge number of unspoken rules to it, including the fact that irreversibly destroying the goal of a story with their actions may both erase the book and themselves with it.

Other than books, Fhlik's only other possession is an object referred to as a Quantum Cube. It is, unlike its name, at first seemingly a piece of folded metal, the size of a shirt's chest pocket, not unlike aluminum. If the user tries to unfold it, however, they're quickly going to realize that the sheet can be continuously unfolded over and over again attaining immense sizes and then being capable of being re-folded, this time into a new shape like a metallic origami of sorts. Fhlik uses the Quantum Cube to create whichever they may desire with it, taking only a dash of creativity and rapidly folding skills; There are, however, some drawbacks such as it needing extra parts to function as the target object.
For example, while the Quantum Cube may be folded into a laser gun-like shape or even a spaceship, without a battery or a motor to grant it energy to function, it will not shoot nor take flight, being no more than a fancily-shaped blunt weapon. The more complex the object desired the more parts one will need to attach to it. Breaking or cutting the Quantum Cube in any way that it has now detached parts will make it unusable rather than provide both halves with the ability to unfold infinitely. The material can only hold its space warping properties for as long as it is whole.
Reactions: Zarko Straadi

Name: Aure
Species: Void Walker
Gender: Ummm....?
Age: ???
Pronouns: They/their/theirs/we/ours
Personality: Always cryptic, sometimes mischievous, Aure travels through space without need of a vessel. Aure has shown a considerable degree of curiosity about Planetaries (planet-born life). It is uncommon for a Void Walker to enter structures such as vessels, stations, or planet-bound buildings, but Aure seems to have developed a fondness for the practice.

Void Walkers: Void Walkers are mysterious beings that live in open space. They do not seek to control territory, nor do they respect (or even necessarily understand) territorial claims made by other species. They gather the resources they need from uninhabited regions, such as Oort clouds, Kuiper belts, and the coronas of stars.

Though they are usually encountered as individuals, Void Walkers are believed to be able to temporarily or permanently merge or fission, as well as inherit or share memories and elements of personality. Because of this, conventional understandings of age and gender do not apply to them.

Void Walker language is complex and multi-layred. Many of their concepts do not translate very well into common languages, and vice versa.

They do not seem to have any comprehensible political organization. They spontaneously converge to accomplish collective tasks, almost like flocking creatures, then diverge to go their own way either as individuals or groups. Void Walkers do not employ money or acquire possessions, but they do seem to have a form of trade in experiences, performances (analogous to songs, poetry, stories, and the like), and knowledge.

There appears to have been a website malfunction sometime after 11:31 "logs time," about 1 1/2 hours into the CHARP, which locked out some of the players. Loveless and I agreed to pause the CHARP so that the remaining time could be rescheduled to allow the other players to join.
Reactions: Diana

This charp has been rescheduled for continuation on the 22nd due to the EVIL SERVER kicking out half the population for no good reason. O:<
Reactions: Loveless, Zarko Straadi and Mglo

The continuation of this is todaaaaaay!