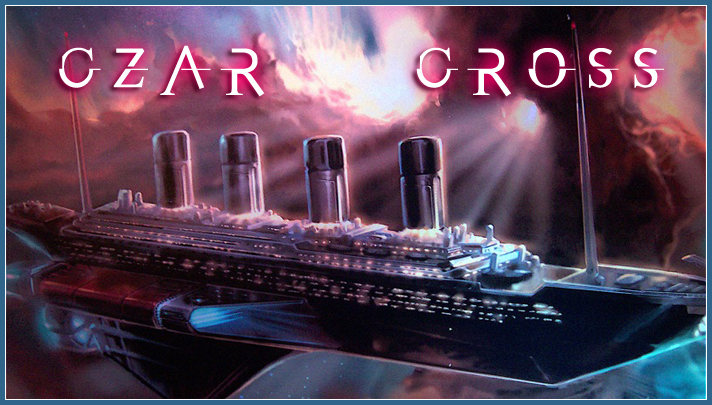 CZAR CROSS: THE LOST SHIP
AUGUST 13TH @ 12PM Noon Central Time​
Ten years ago a great woman by the name of Polaria Ambrose united the seven systems and became the Czarina of the Delmok Empire. Under her rule, what was once a wild and dangerous place, has become peaceful and flourishes with prosperity. To celebrate this accomplishment, she and a variety of very important, very rich guests were invited onto a space cruise ship for a grand celebration of her rule! It was supposed to be the event of the year, but a band of space pirates showed up to take the ship hostage and in the chaos, the entire ship and everyone on board died.

Except, it didn't happen.

Everyone on the ship woke up feeling groggy and confused, to find that they were no longer orbiting the resort plant and were now adrift somewhere in space. The space pirates never revealed themselves and the explosion never happened. Aside from a few cases of food poisoning, everyone on board is safe and alive. The yacht, however, cannot seem to get in contact with anyone nor calculate where in space they are!

What will these lost guests do now?

WHAT: You are playing a guest or staff aboard this space cruise. Some really crazy shit might've happened, but you can only vaguely remember things, so maybe it didn't? All you know now is that you're lost in space with a very unpleasant mixture of people!

WHERE: Join us in the CZAR CROSS chat room. You'll find the link to our chats in the CHAT tab when it's time to play.

HOW: This is a ACTION ROLEPLAY WITH IMPROVISATIONAL GAME MASTERING. That means the object of this roleplay is to interact with other characters, and from those interactions I will create a plot and story around you. There will be action moments, where your characters will be in danger and they will need to find a way out of it. With this ChaRP "lol random" behaviors are discouraged -- what your character says and does will have in game consequences, so choose wisely!

CHARP IN ONE HOUR. 8D

Due to a lack of available charpers, today's charp has been cancelled! I probably will not reschedule Czar Cross unless it gets specially requested. O: