Original poster
How do you make your characters? How do you know what and how much you need to put down? Is there any premade templates you use? Does what you include or how much change on what you're going to role play?

I ask these pretty obvious questions for a few reasons, one as someone who sticks to fandoms I've noticed the amount of information or specific information that is put down changes between fandoms (I mean things that may seem little, having a hard time explaining what I mean sorry) and two I am the type of role player that needs to use my characters before fully understanding them so things like personality I can't exactly put down because I've had many a time where my character back hands me and goes in a whole new direction. Though I can tend to figure out more about them with little things that may seem unimportant when making a character i.e. favorite hobby or color.

So yeah all those questions above, how do you go about it? When do you know what to cut the line on? How much does it change depending on what you're making the character for, if at all? 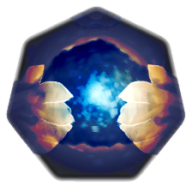 Characters really are a product of their history as experienced by peer writers, from my perspective. Your explanation that you really can't know your characters until you've written them hits home for me, but for a different reason; whereas you explain that personality is a major piece that a character can fall away from, in my experience it's more an issue of their prefabricated history.

Typically, I come up with a character based on a personality archetype and recent context, and the rest is what develops over time. The flaw I find in my writing is that I seldom have a consistent history to go off of until I've roleplayed long enough that I can extract bits and pieces of RP history to bring new life to contemporary scenes, or until I've developed a character's history through their arcs. That or it's a canon character, which I seldom write despite my dependency upon fandoms for some of my roleplay enthusiasm.

Writing a character is the fun part for me, and grabbing bits and pieces of RP past is my favorite thing to do in a scene, but when it comes to a character's backstory, before ever having written them, I flop hard. :c 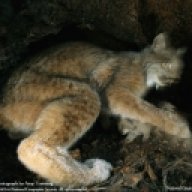 Online Availability
At least once per day, usually.

Whenever I'm writing for group rps or roleplay sites with one main theme, I usually just go by the template. Whatever they want me to come up with, I will. If I come up with something extraneous to the template while I'm writing it, I might stick it in somewhere, or I might make up an extra notes factoid page for myself or anyone interested. That way, it's really easy to know what needs to be included and what doesn't. When I'm writing for 1x1s, I usually try to avoid writing characters sheets any more than maybe name, age and appearance because it can take me a bloody long while to write out character sheets that I find satisfactory once I get going on the details.

Usually, I start the character with a goal or role in mind that they need to fill. Sometimes it's wide open, and sometimes it's a relatively narrow squeeze. So, I can at least limit my options by making sure that whatever aspects of this character I choose to come up with, they have to fit the scope of that idea and need to have the history and life experience to have become what's needed. Like, say, if the rp in question needs a scout/guide character, I'd need to make someone who fits into that general archtype at least enough to make sense holding that position. And I work from there. Sometimes I know a lot before I even start filling out the sheet, and sometimes I don't know squat. The longer it takes me, and the narrower the premade concept I'm working with, the less I find the character changes once I start actively writing them. At least, in terms of immediately jumping out of the mold I tried to make for them. Usually because at some point, I did a complete turn around and they already whacked me about the head and informed me I was going about them all wrong before I finished the process. :P

Most often, I try to keep to roughly the same style and amount of detail as the other people in the rp, but I usually get some idea of the history first, then write out the bits of the personality I particularly want to make sure the character has, and then bounce back and forth with the rest of the sheet, adding a paragraph or changing up a few details as I go and ideas change around. I don't often go in the same order as the template, sometimes appearance comes first, sometimes the rp sample if they want one. But if there is a history to write, I almost always try to write it as though the character were making the observations about their own life. Not necessarily first person narration, just the occasional casual quip or aside, or particular focus on a certain moment. It really helps me figure out what aspects of the history might be the most emphasized in the character's memory, and therefore might be the most life changing or character building. Even just realising that the character might actually prefer to refer to certain moments using a more distancing third person can add a dimension to them I didn't initially think of. It always helps to write a bit of the character out before actually sticking them in the rp, so I know if I can write what I'm trying to portray and whether or not I like writing that way.

But just in case, I still try to leave the personality with room to be developed and interpreted in different ways, no matter how detailed it gets, since there's always that odd situation I never thought of that just jumps out and happily throws me for a loop.

I don't usually like getting into the specifics like blood type or sexuality or favourite foods, just because the first are only really important in certain situations and favourite things can change as the character experiences different things. Also, I might not know the character well enough at that point to be able to say with certainty. I do eventually learn most of those details about the character, but sometimes I'd still rather not have other people knowing these things because I prefer going for 'the big reveal of totally not that important facts'.... Or never revealing them, ever. >.> I have lists of old characters who have glasses, or need them, or whether or not they're left or right handed or ambidextrous. Occasionally, these can be important to know. Not often, and not usually right from the start of the rp though, so I usually count these facts as extra fluff.
Show hidden low quality content
You must log in or register to reply here.
Share:
Reddit Pinterest Tumblr WhatsApp Email Share Link
Top Bottom