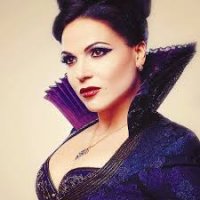 Genres
Pretty much anything modern, although I will go futuristic or historic if it's got a good plot.

Hey guys! So, it's that time again. I'm looking for some 1x1 partners.

I'd generally write about 200-300 words per post, depending on what I'm working with, but I always prefer quality over quantity- as long as there are no one-liners.

I'm open to any pairing (FxF, MxM, or MxF) and any gender. I do generally write FxM, but will be more than happy to go with any of the others.

Romance will have a part in these plots, as will violence. I will more than likely not write smut, but if I do, it will only be with another teen member. It's the rules, and I'm not getting banned over this.

I'm happy with either forums or PM.

Character A lives a perfectly ordinary, boring life. That is, until Character B turns up in their apartment one morning with no knowledge of how they got there, where they are, or when they are. Character B is from either the future or the past and has to adapt to this new world they're in while also figuring out how to get home.
​
Nobody could have seen it coming. People just started getting strange abilities. It was fine at first. Agencies were set up to monitor and train them to control their power. But it grew into a pandemic, and before long things got out of hand. People couldn't control their powers and were destroying the infrastructure and each other. Nobody knew the cause. Research didn't throw up any results Nothing could be blamed and the progress on a cure was non existence. You could almost say that a world of super-humans needed a superhero to save them.

And sure enough, they got their heroes.

But the strange thing was, they were supposed to be dead. The circumstances in which they'd died varied widely. A day or two after they'd "died", they just woke up in their bed like nothing had ever happened. They all had remnants of the powers that they'd started to develop before their death. The only thing they had in common was the fact that they all had apartments by themselves, and that they didn't have any family living anywhere near where they usually resided. Nobody would have freaked out if they saw them, because nobody had really missed them.

Two of these such heroes wake up in their respective apartments, in the same town. They died in drastically different ways, but somehow end up finding each other. A mysterious phone call tells them what happened. And things just went from there.


Character A used to be one half of a Bonnie-and-Clyde pair, until their partner betrayed them and left them for dead. Character B, however, found them and patched them up when they refused to go to the hospital or police. Now Character A wants revenge, and Character B finds themselves accompanying them to ensure that Character A doesn't get into too much trouble or actually end up dead.


Background: A few years ago, the government was worried about how uncontrollable people could be. So they slowly started creating a society with much stricter rules. Modest dress was mandatory. All forms of entertainment would be quiet and reserved. When Jacksonville's permanent circus was shut down, the performers weren't happy and continued on in secret. The government found out and attempted to arrest them all. But the performers got away and were declared outlaws. As they watched their beloved city turn to something unfamiliar and grey, they decided to change that. They decided to rebel.


Character A is a government agent, assigned to spy on and lead a team against a bunch of rebels who call themselves The Circus. Character A is told to kill the Ringleader, Character B. When they follow them back to the camp, they find themselves in an entirely new, unfamiliar world of colour and music. There is something almost familiar about it. They never knew this, though, due to being raised in a city where they test-ran this world of grey. Do they stick to their mission or join the Circus?


(2x1, probably) Character A and B are the leaders of the rebellion. The government kidnaps Character A and forces them to work for them as a negotiator between the two sides, or else Character B would be killed. Characters B and C want to rescue A, at risk of their own lives.


(This is the only one with set genders)
Character A is a prince. His life is perfect- he's engaged to a wonderful princess, and the kingdom is getting excited for the wedding. However, before it happens, the princess is cursed and becomes deathly ill. The cure is on an island that has only ever been rumoured about- but a map was left on his bedside locker during the night, telling him where to go. He enlists the help of a female pirate to sail him to this island- but what he doesn't know is that the pirate also has a terminal illness. She knows that this will be her final adventure and that there is a chance she mightn't survive the journey.
​
Last edited: Aug 12, 2015
S