C.O.N.D.I.G.N is the newest addition to technological gaming -- and by far, the greatest!
This virtual reality gaming system, now found in almost every household, consists of a simple visor & computer cable. You put on the headset, plug into the game on your computer and log in. It's that simple!

And the game is amazing! You can feel the grass, smell the food, and see the bright blue sky as if it were real. The missions, the gameplay, the battles, everything simply comes to life.

In the beginning, everyone is just blown away by the game. Most teenagers rush home after school, addicted to logging in every night and playing for hours. Levels after levels, worlds after worlds, meeting people, defeating villains and gaining skill. It's a game that never ends!

It tops the charts without any competition. The endless possibilities and never-ending gameplay make it the best. That is, until things turn around and terrifying rumours become reality...


At first it's all just rumors. People talking about how their children wake up from the game with minor injuries, headaches, insomnia. It's nothing huge. But in time, the rumors become worse. Newspapers publish articles : THE GREATEST GAME GONE WRONG, C.O.N.D.I.G.N REVEALS TRUE COLORS.

Parents try to stop their children from playing. Some give up in fear of being hurt. Others, ignoring the rumors as rumors continue playing. Some of them are lucky enough to avoid the glitch. Most, not so much.

In the end, our players are faced with the glitch. It starts out small. A couple of scratches, a cut from battle retained in the real world. A headache, a stomachache. Little things that aren't worrying. But soon it gets worse.

A couple of friends are hospitalized in comas, in the game, their characters are nowhere to be found. One college student is found dead. The news says he bled to death from a stab to his chest, but no weapon is found. Could it be...C.O.N.D.I.G.N is slowly becoming real?

So will you face the terrifying glitch -- the horror of the reality of virtual C.O.N.D.I.G.N ?
​


You will role-playing as a player of the game of C.O.N.D.I.G.N.
If you have any creative ideas about a different character, please let me know! (:

Also, the story will consist of their every-day lives as well as the game-play.


Character Profile Skeleton:
[noparse]
[Appearance]
Name:
Age:
Personality: (you can brief. It's better to build personality in the roleplay itself.)
A Little History: (include something about the current lifestyle)
Terrified of the Glitch: (yes/no and why/why not. please include the reason that the character continues to play despite knowing of the glitch)
Extra Information: (leave this out if you have nothing else to say)

[In-Game Appearance]
Name: (name in the game)
Species: (see list below)
Occupation: (see list below - crossed out jobs are taken - one job per player)
Powers: (general, based on occupation & species, please)
Weapons:
Notes: (any changes in personality or extra information we need to know - leave this out if you have nothing else to say)

Saturday, February 12, 2011...8:39PM:
a short note on powers in the game!
I'm allowing everyone to choose powers/weapons freely and not limiting any, but try not to be invincible when the rp starts and actual combat takes place (:
I trust to you that & thus, won't stop you from being powerful xD

[align=left]Sunday, February 13, 2011:
IMPORTANT: ABOUT CLUES & MISSION OBJECTIVES
As the levels increase, the amount of clues leading to a mission objective will also increase.
We'll start with 3-4 on level one and move on from there.
I will direct the players to clues through my posts and/or through Ooc posts (: the creativity of what to do at the clue and how it leads to the next clue is up to you!
**THIS IS A TEAM-BASED GAME**
In order to win levels, players must work together.[/align]
​
>>Contents
<s>/.First post</s>
<s>/.Introduction</s>
<s>/.The Glitch</s>
/.Players
/.Information​

Hmmmm, I told myself, NO MORE RPS, NO MORE. 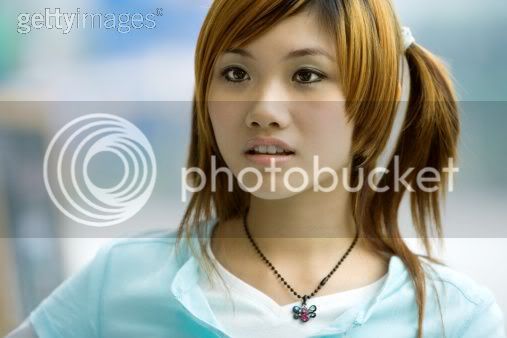 Name: Lily Gown
Age: 21
Personality: She's a fire-cracker. She will work to get her way in anything. If you think you've won a battle against her, she's only plotting her next move.
A Little History: Popular in home and at class, Lily hadn't a care in the world. Until she got into boys... which led her to a crash course in life, though one in particular got her hooked on some silly little game. Now she can't stop playing, even though that boy is long gone.
Terrified of the Glitch: Lily's a slight bit afraid of the glitch, but believes it's a hoax. So she keeps playing.
Extra Information: She plays on a strict schedule. She gets on at a certain time, and off at a certain time. If she messes up on this, she's liable to freak out. 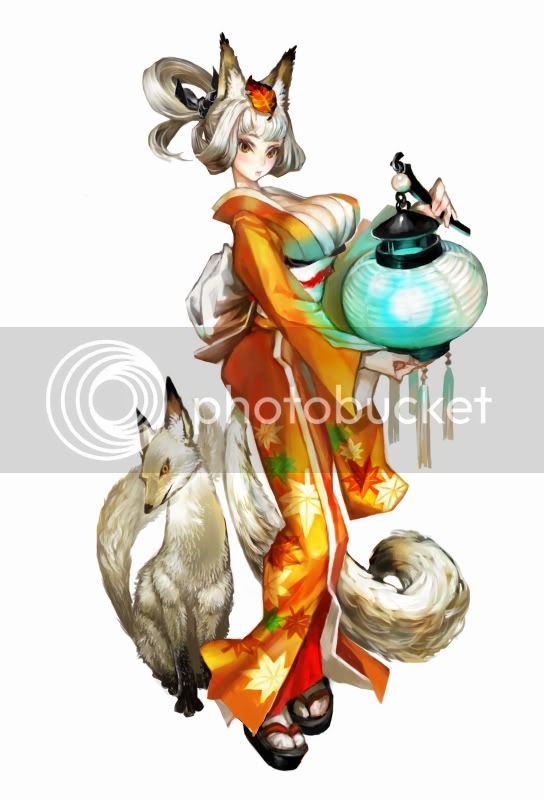 Name: K/t5un3 (Kit for short)
Species: Kitsune
Occupation: A Wandering merchant, selling her goods, which are usually food and items to replenish HP. When she is not wandering, she is growing ingredients for the food items.
Powers: She has powers over flames, which means to say that she can only light her lantern to light her way, she also has abilities to speed the process of plants to grow, and to be able to use her own HP to fill in some of her merchandise with extra power, at the expense of her health. Though she gets a pretty good pay for her items. She also has the ability to morph into the form of a fox. Thus far, she doesn't have any specific fighting moves.
Weapons: Her lantern and her fox form
A

Original poster
D: You reeled me in with another one. I wanted to be, though. I love the idea of this so here's my characte sheet! :] 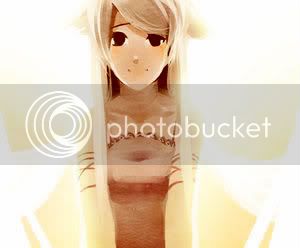 Name: Adrienne Sanders
Age: 15
Personality: Introverted, sensitive, book-smart but naive about the world around her otherwise.
A Little History: She has always done well in school. Because of it, people tended to not hang out with her except for a small group of pals that she has known since kindergarten. Currently, she spends her days as a 10th grader at her high school, doing homework and studying at night before getting on C.O.N.D.I.G.N, usually for an hour or two before she goes to bed around 10 to 10:30 PM.
Terrified of the Glitch: She is terrified of the glitch, but she continues to play. She worries about her friends, who are less cautious than her when it comes to the game. She feels an obligation to protect them.

Name: FaeXEsmeralda
Species: Hybrid (Half fae (fairy), half human)
Occupation: Mage
Powers: Life-magic (think plants, animals, minor healing), light magic.
Weapons:
A staff made of silver with a pink flower much like the one on the right side of her head on the top.
Notes: While she is less reserved in-game, she is still very cautious and non-confrontational unless she is provoked by her friends being in trouble or an unexpected attack.

FOLKLORE MEMBER
Reserved-Making a character sheet. >u<
I was waiting for you to post this one up again! ^^
S

Miru <3: Hahaha! Were you? I couldn't find anything but visitor messages for LUMINARIA. Changed the name because I thought CONDIGN sounded more sinister (:
♥

Remember people, that this RP is also a good one for new members to join! >:D

YAY! Ok, so we need to like, GET MORE PEOPLE IN HERE! I love these types of RPs!

Goooooooo for the new members first. That's what Miss Sakura had in mind for this one.
O 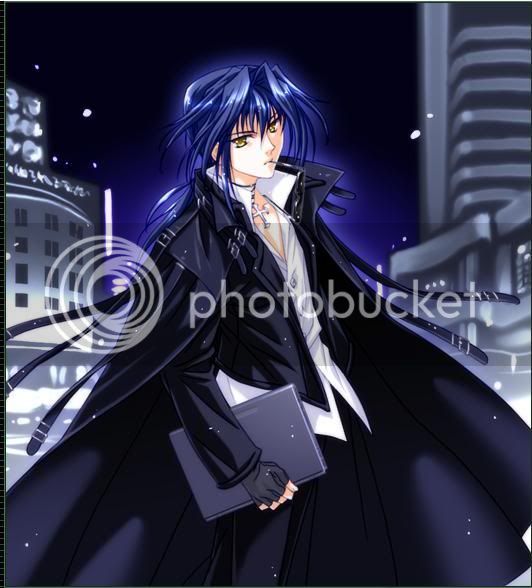 Name:Raymond
Age:22
Personality: Distant but can be social, also has a wisdom beyond his years also has a very weird side about him sometimes.
A Little History: After high school Raymond went to Annapolis were he graduated top of his class and commissioned himself in the U.S.M.C.
Terrified of the Glitch: not really.
Extra Information: Don't try to seduce him you might not like the result.

Original poster
welcome! thanks for joining! (:
Raymond looks good =] I like that he's not terrified of the glitch =O
♥
O

This is gonna be awesome!
O

Original poster
That it is... oh nice avatar pic there murrstress...it's a fennec fox right?
S

Original poster
Haha. I love your enthusiasm Teekay! So exciting 8D
you & miru have been waiting for the reincarnation of LUMINARIA haven't you? haha xD

Anyways, I did some crazy advertising, so we'll wait for at least three more players before we start!
The more there are, the better we can handle the interactions and such! (:

Awesome, and yes, it's a Fennec.