A Melding of Alternate Futures

Two Alternate Earths... In one Earth, the one known as Adolf Hitler was eliminated early by Professor Albert Einstein via time travel in order to prevent the horrors of World War II. In another Earth; a meteor landed in Italy in 1995 which spread a poisonous and dangerous alien material, later dubbed as Tiberium by a faction of fanatics known as the Brotherhood of Nod; led by their Prophet, Kane. Each Earth dealt with their woes and foes as time went on.

In the Earth ravaged by Tiberium, GDI (Global Defence Initiative) launched a full-scale assault on the Brotherhood of Nod, targetting their main base of operations in Sarajevo; Temple Prime. After eliminating Nod's defenses, authorization was given to the GDI Commander to fire an Ion Cannon Strike at the temple:

This blast caused a Tiberium Reaction as an extreme concentration of the mineral was underneath the temple, as well as setting off all the reserves of Liquidized Tiberium; plunging the majority of Africa and parts of neighboring Countries into Tiberium Contaminated Red Zones, and would bring the attention of an alien race known as the Scrin.

In the historical Earth, the Soviet Union had been bested by the Allies; losing their capital of Moscow and their Premier having fled. However, a man by the name of Anatoly Cherdenko, had finally finished a secret project assigned to him; a Time Machine, constructed by the lead scientist; Gregor Zelinsky. Alongside Soviet General Krukov, they used the device to travel back in time to a specific point; 1927 in order to eliminate Albert Einstein: the Scientist responsible for the technological superiority the Allies had over the Soviet Union. In doing so, they spawned a different reality in which the Soviets were the ones winning the war, pushing into Western Europe, but their tinkering with time spawned another unlikely enemy. Using an opportunity to strike whilst distracted, the Soviets were ambushed and beaten back by a now technologically superior force known as the Empire of the Rising Sun; declaring their mark on Earth and beginning their conquest of Destiny.

But something happened unexpectedly...

The timing of the second Time Machine usage in the Historical Earth, and that of the Ion Cannon strike had caused a spark of energy; melding the two Earths together into one, the matter of which is almost impossible to explain logically. To make things more weird, the resulting surge of energy from the two events has also ripped into the fabric of reality itself and opened gateways to varying worlds and even timelines from both Earths. With the impending threat of the Alien Scrin due to the Tiberium Detonation signaling a harvesting fleet, and the war of the three world superpowers (Allied, Soviet Union, Empire of the Rising Sun), the new Earth was in for a bad time.
​
Characters will be pulled from various Universes into this new melded Earth in order to either help save it or ultimately follow up with the plans of evil.

Character Restrictions are in place in this one. The people of the Command and Conquer Universe are from the 1900 - 2000's. Everyone still uses modern day bullets and armor, mixed in with different technological advancements: such as Cyro (Freezing), Transforming Vehicles and Ships, Space Travel, Lasers and Stealth. Aside from one faction utilizing the power of an alien element known as Tiberium in order to augment their soldiers, the otherworldly properties of the Alien Scrin whom are capable of space travel and storm manipulation, and the technological superiority of the Empire of the Rising Sun with their transforming vehicles, mechanical soldiers and vehicles, and physic powers, there are no strong superpowers.

In short: No characters with powers capable of extremely large scale destruction or potential to destroy planets. Characters with Shields are allowed as the Scrin do have shielded organisms and vehicles, and some basic superpowers are acceptable due to the presence of the Japanese Commando, Yuriko Omega.

If you're worried about a certain character, mention it and I'll take a look.

You don't have to know anything about the Command and Conquer franchise in order to participate! You also don't have to have a character from a fandom, they could be your own creation!

Weapons / Abilities / Powers: (Either described or a Wiki link.) 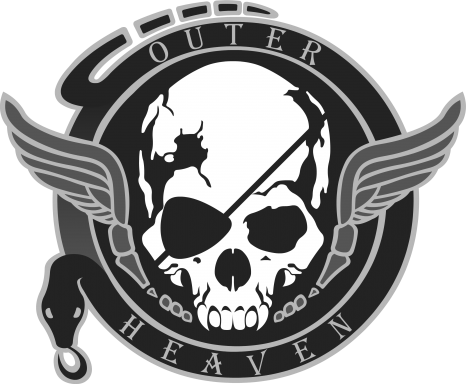 
Weapons / Abilities / Powers: (Either described or a Wiki link.):
Space Marines physiology
Cataphracii Pattern Terminator Armour - Modified with in-built alchemical containment and projection units, allowing the Captain to shroud himself in a murderous fog of toxins and direct-focused jets of lethally poisonous vapours.
Manreaper-pattern Power Scythe
Power Flail with in-built poison gas fog emitter ( Basically a Flail of Corruption, but with "mundane" chemical poisons instead of Nurgle plagues )
*Note: Can only use either the scythe or a flail at one time , not both. the other weapon would then be carried by the cherub flock
Mk III Sunfury Pattern Plasma pistol
A flock of multi-purpose Cherub
Frag grenades
Rebreather ( gas mask )
Poison gas grenades
Extra Info: Captain Gregor Vorrsk has been an elite officer of the Death Guards , a paragon of the elite brotherhood of the Imperial Astartes in the 41st Millenium. His decades of services in the XIVth Legion includes some of the fiercest battle the Legion has ever face in this era, againsts the forces of Xenos, Warpspawn and Traitors. His glorious services on battlefields varied from the ash deserts of Derangar III to the cold void of the Malexian Nebula earned him Terminator honor, and his Captaincy , as with scythe, flail and pistol he spells the death of wether preadatory Xeno, snarling Traitors or drooling Daemons

A typical Barbaran scion of Lord Mortarion, he is a grim and dour man characteristic of the XIVth, tempered with a devout beliefs in the God-Emperor. Held a fascination with Numerology , a...quirk that is not uncoomon among the XIVth Legion. Carving scrimshaw in the few spare times a warrior of the Legion has​

The thread is now up! --> ALWAYS OPEN - C&C - Melding of Alternate Futures - Thread

Signups are now closed! Once the story has progressed enough, I shall post a new wave. Any of those who showed interest, my apologies if you couldn't make it, but do not worry. For any who still are interested, a future signups will be posted.

Thank you all for reading and signing up, let's write an amazing story together!
Reactions: Signupname

FOLKLORE MEMBER
@Raynar Saassin
Hey. Should we have a Discord ? Or atleast an OOC thread to better coordinate character interactions and all
Reactions: Raynar Saassin

Signupname said:
@Raynar Saassin
Hey. Should we have a Discord ? Or atleast an OOC thread to better coordinate character interactions and all
Click to expand...

That's a very good idea. And I have one made. It's bare bones right now but should work.

Check out the C&C - Melding of Alternate Futures community on Discord - hang out with 11 other members and enjoy free voice and text chat. 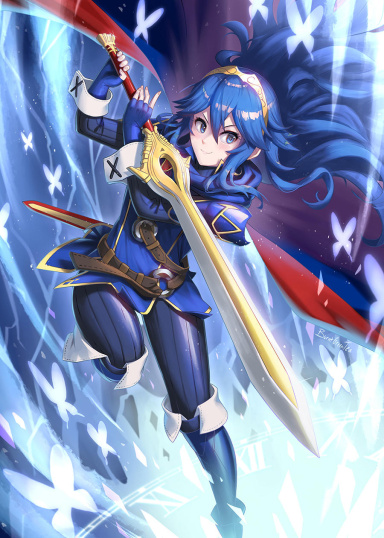 The Imagined is a multiverse traveling super soldier created to be genetically perfect by the mad scientist Geno. Alongside her sister, she has superhuman capabilities including speed, strength, stamina and agility. The Imagined has fought many powerful warriors from multiple dimensions and has survived many life threatening situations.

She has access to multiple different Mythic rarity firearms (Prime Shotgun, Ranger Assault Rifle, Stinger SMG) as well as a sword created from a special Zero Point alloy that allows her to cut through any material or object in only a few swings.

Perhaps her strongest asset is the Zero Point powered suit of armor that allows her to survive in hostile environments as well as protect her from the effects of The Loop.

The suit comes equipped with bladed wings for flying, and a powerful yet destructible body shield that protects her against bullets, lasers, fire and other projectiles. Once broken, the shield must be replenished by special potions only found in The Loop, which is why The Imagined carries the maximum amount of three alongside healing kits.

The Imagined has a sister named The Order and has been romantically involved with Logan Howlett.​
Reactions: Raynar Saassin
Show hidden low quality content