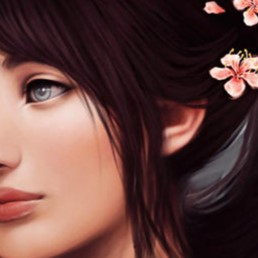 It was near midnight in the chilly town of Blares, and Bella was feeling the temperature nip at her cheeks and bare hands. A fog would appear with every breath that she and her current familiar, Sorrel, would take. She took her dark gray and slightly worn out coat from her bag, then slipping it on and buttoning it up. She felt a little bit warmer, but it didn't do much to stop her shivering. "I knew I should have made this dress thicker," Bella muttered to herself as she lightly tugged at the skirt of her dress.

Bella continued to walk until she reached the edge of the woodlands, seeing the town that she needed to stay at. It looked inviting, but the reputation that Blares had gave it a very different light. The townspeople were known to hunt down people they suspected of practicing witchcraft, often times executing an innocent person. Bella feared staying here, but she needed to rest. She had been walking for two straight days after her makeshift carriage had broken down when the stallion collapsed and broke his leg, and she had no choice but to euthanize it.

She stood there for a while, watching as a three men walked out of a bar in a drunken stupor. They were laughing and joking until a woman popped out from a home, yelling at them to shut up. Bella smiled, amused by the scene.
Last edited by a moderator: Sep 14, 2015 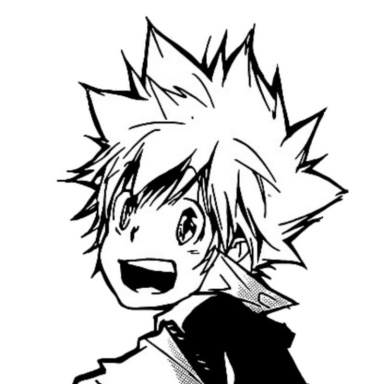 Paws of a wild wolf were heard as well as a pair of footsteps, Henry glanced up at the sky, grinning to himself. The brunette moved his eyes to his wolf, hearing a bark from him. Henry stopped in the middle of the town, looking around and brought his hands to his hips, puffing out his chest, Bev sitting next to him. " Well, boy, it's get to pretty chilly out here. How about we go back to the Inn. or do another run?" Henry asked, turning his head to his friend. Bev barked twice, meaning the second choice. The blue eyed male laughed heartly and ruffled Bev's head. Both began their last run, sweats glistening by the moonlight on Henry's face.
After their last run, both friends headed back to the Inn. they were staying on, Henry, as usual, talking to the white wolf as he bark back. Once they reached the place, Henry looked around the surrounding one more time, spotting a few people outside.

Bella stood in the shadows of the forest as she waited for the men and woman to disappear, Sorrel climbing onto a tree and then leaping onto her shoulder as the two simply stood there. After making sure that they were gone, Bella 'carefully' walked out of the bushes only to feel a tug at her skirt and huffed in annoyance as she took the lace from the thing tendrils of the small growing tree.

She took Sorrel into her hands before setting him down on the stone ground, grasping her handbag and casually walked around the town, trying to find an inn. She walked for a few minutes before she heard the voice of a man, and nearly stopped in her spot. Sorrel glanced at her and let out a tiny mewl, and Bella relaxed. Usually when Sorrel would make those tiny sounds, it meant there was no threat.

Bella continued to walk until she saw the presumed owner of the voice, seeing a dark haired man with a wolf right by his side. Her eyebrows furrowed together, confused to see a feral creature accompanying this stranger so obediently, almost how Sorrel behaved with her. She slowly got closer to him as she walked, her eyes occasionally landing on him as she wondered if he was a good witch, which was quite the low probability. Most witches were female and evil, so what was the chance of this guy being good?

But being as curious as she was, Bella flashed a sign to him which was exclusive to good witches. Her dark blue eyes stared at him, waiting for a response.

Henry glanced behind him as well as Bev, both shocked to see a woman with a cat. The brunette smiled and bowed slightly, the wolf barking one time at the two, knowing well not to cause trouble when seeing a cat. "Hello there!" He greeted cheerfully, waving at the female. "Are you staying in this inn?" He asked, opening the door and let Bev going in first, waiting for the young lady to going in as well. Bev waited at the clerk's deskfor his master, laying on his four legs.

Bella was a bit surprised to see him look at her and smile, no sign of him being a threat visible. Her eyes glanced down at the barking wolf, and she heard Sorrel let out a little hiss. Bella lightly nicked his ear and he mewled, backing down from his angered stance. Whether the creature was a dog or an ancestor of a dog, Sorrel didn't like them.

She returned her attention the man, slightly smiling at him. "I was looking for an inn, so thank you for letting me know that this is the inn. I hadn't noticed the sign since I'm so tired," Bella said before passing by him and into the inn, thanking him for holding the door. "I didn't get your name. I'm Bella," She said with another smile.

Henry put a finger to his lips as to silent Bev from barking, hoping no one has woken up from the noise. He glanced over at the young female as he closed the door behind him, smiling in returned. " You're very welcome, miss." He replied, walking over to his companion and kneeled down, reaching over to Bev's head, ruffling his purely white fur. The blue eyed male looked over and nodded. "Such a lovely name you have, Miss. Bella. My name is Henry. Henry James Hughes." He finish off, standing up from his kneeling position and stood in front of the clerk's desk.
Show hidden low quality content