The Constitution's 18th Amendment was ratified, prohibiting the manufacture, sale, or transportation of intoxicating liquors. Bars and distilleries were shut down across the United States. The gutters swelled with seized spirits. Hundreds of underground bars, speakeasies and 'coffeehouses' sprang up across the nation. Organized crime was on the rise.


"When asked by the mayor of Atlanta what his administration was doing to enforce prohibition, Louisiana governor Huey Long responded “not a damn thing.”

"When the law took effect, Louisianans quickly perfected numerous methods to circumvent it. Indeed, some have argued that drinking liquor became even more popular in Louisiana after it was declared illegal. Rumrunning became a major industry; smugglers brought so many shiploads of illegal liquor to Louisiana that the price actually began to decline."

Federal agents were dispatched to Louisiana to enforce the law that the local government was not. But by 1926, Louisiana had more speakeasies and saloons selling alcohol than any other state...

Mardis Gras, a night of celebration and chaos. A Carnival of excess and madness, where the lines between rich and poor, human and beast, man and woman blur into nothing. A party so riotous that even the dead sometimes rise to join in the festivities. Business is booming at The Bottom of the World Bed and Breakfast, and while the party rages inside, the Federal Agents are drawing ever closer to carry out the biggest raid to date.

Meanwhile, Silver Dollar Sam and his Black Hand Gang are planning a little business venture of their own. But that’s the least of the rumrunner’s worries. In the shadows lurks an even more terrible threat, and it doesn’t take sides.


Below is a list of possible character types (and the ones I need filled the most, hint hint). However, I am always open to suggestion. Just show me what you got. All players must submit a character sheet to the OOC before the start of the game (OH GOD PLEASE--)


Mysterious albinos who possess an intimate knowledge of the city, the swamps and forests. They are so adept that shortcuts and secret passageways seem to appear simply because they have willed it. Generally neutral, but fickle. One must resort to flattery, trickery, bribery or a combination of the three to enlist their aid. They have an almost obsessive preoccupation with riddles.

The most powerful crime syndicate in Louisiana, mostly comprised of members of the local Italian mafia families. At the very top is Silver Dollar Sam.


Bottom of the World Bed and Breakfast

There's no better place to find a good card game, a cold beer and pretty girls in all of the French Quarter. Lucinda Pesci runs a tight ship and a small army of rumrunners, gamblers, musicians, chorus girls and pickpockets.

The federal agency formed to enforce the National Prohibition Act of 1919. Agents used a variety of methods; from clever disguises to outright violence to apprehend violators of the Prohibition law. The New Orleans branch is under the command of Chief Atticus R. Hennessy.

A mysterious order that has roots in Voodoo and various forms of dark magics. Their origins remain obscure, but rumor suggests that they have been active been active since the reign of Jean Lafitte. Because of their dark dealings, they are shunned by the traditional practitioners of Voodoo, claiming that their practices are ‘unnatural’. Though the Eaters keep their practices shrouded, members can be hired out as assassins and magicians, so long as their contracts do not conflict with the order’s agenda. The price for their services is often steep. (Note: If you want to play a member of the order, please message me so that we can collabmensurate. I will only be allowing one or two of these guys.)

Got an idea as to what/who you want to play? Great! Here's what I need from you: 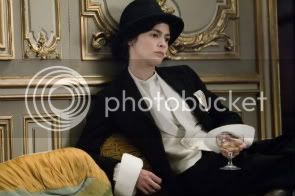 Owner of The Bottom of the World Bed and Breakfast; Small-Time Crime Lord

Lucinda Pesci grew up the only daughter in a family of Italian immigrants. After her father, one of Silver Dollar Sam's right hand men, was killed by the mafia boss, the orphaned Lucinda vowed revenge. She's clawed her way up through the ranks over the years, and established her own saloon in the middle of the French Quarter -- a direct challenge to Silver Dollar Sam and his circuit. 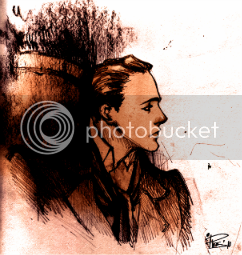 Hennessy was once an officer in the Metropolitan Police Force, but it wasn't the rampant corruption that finally drove him away. After shooting and killing a fellow officer, Atticus was acquitted on the grounds of self-defense, and immediately transferred from the force to the Bureau. ​ 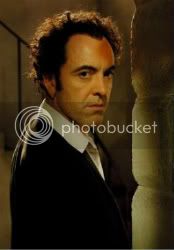 What began as a group of Italian immigrant families running gambling rings and grocery stores, the Black Hand Gang's reach now stretches out all across Louisiana; thanks to the ruthlessness of Silver Dollar Sam.​

Agent of the Oleander Eaters

Original poster
FOLKLORE MEMBER
Hey guys, be sure to check out the group for this! I'll be adding some fun AND historically accurate tidbits in there from time to time. 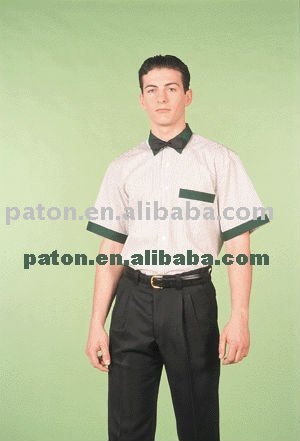 Occupation/Affiliation: Bellboy at The Bottom of the World Bed and Breakfast/Rum runner
J

(sorry, this is just too cute not to be Sandy!)
Occupation/Affiliation: Security for Lucinda
D

Is this shit even still going on? Because I wanted to be a cop and beat all your candy-asses.

It's already happened, Darkie. But despair not! As soon as Asmo gets the fuck out of my apartment goes back home, I'll be running a sequel. :D


Oh... I should probably make sure Asmo has logged out of his account before I reply to anything.