Original poster
Once, there were five and only five. These five created the world and it was good. Then a great evil came and destroyed everything. This evil, known as Jaakuna, fought hard against the five, but the five were too strong and defeated Jaakuna. But Jaakuna was too powerful to be killed, only sealed, in a human. After the battle, the five were too weak and were locked in five necklaces, each one given to a family to protect. Now all 5 of the newest generation are the protectors of the five saint beasts. But the great evil that almost destroyed the world is back, renicarnated into a student. He is back and he wants his revenge.
<?xml:namespace prefix = o ns = "urn:schemas-microsoft-com:office:office" /><o:p></o:p>
<o:p> View attachment 2079 </o:p>
<o:p>The Azure Dragon of the East (Element- Wood, Season- Spring, Protector- Jamie 'Jazza' Green)</o:p>
<o:p>The Vermilion Bird of the South (Element- Fire, Season- Summer, Protector-Michiyura Kyomoto "Michie")</o:p>
<o:p>The White Tiger of the West (Element- Metal, Season- Fall, Protector- Dosetsu Tomasuza)</o:p>
<o:p>The Black Tortoise of the North (Element- Water, Season- Winter, Protector- Niyugi Tanpopo)</o:p>
<o:p>The Yellow Phoenix of the Center (Element- Earth, Season- None, Protector- Ryuko Kihitori)</o:p>
<o:p></o:p>
<o:p>Charater Sheet</o:p>
<o:p>Name:</o:p>
<o:p>Age: (Around 13 to 16 please!)</o:p>
<o:p>Gender:</o:p>
<o:p>Protector: (Only one Protector per beast! Unless it's twins...)</o:p>
<o:p>Legendary Beast: </o:p>
<o:p></o:p><o:p>Apperance: (Pictures work best)</o:p>
<o:p>Personality:</o:p>
<o:p>History: (Their childhood, school life and home life)</o:p>
K

Original poster
Name: Ryuko Kihitori
<?xml:namespace prefix = o ns = "urn:schemas-microsoft-com:office:office" /><o:p>Age: 14</o:p>
<o:p>Gender: Female</o:p>
<o:p>Protector: Yes</o:p>
<o:p></o:p><o:p>Legendary Beast: The Phoenix of the Center</o:p>
<o:p></o:p><o:p>Apperance: </o:p>
<o:p>
View attachment 2086
</o:p>
<o:p></o:p>
<o:p>Personality: Shy and mysterious, like her Beast, she's mostly the peace keeper of the Protectors, but is a serious klutz.</o:p>
<o:p>History: At a young age, Ryuko has been training with a pair of Jian, long chinese swords that work best in pairs. She's been home schooled most of her life and doesn't truely understand the others. As the Center Beast, she feels as if she needs to be protected but doesn't want to be.</o:p>
K 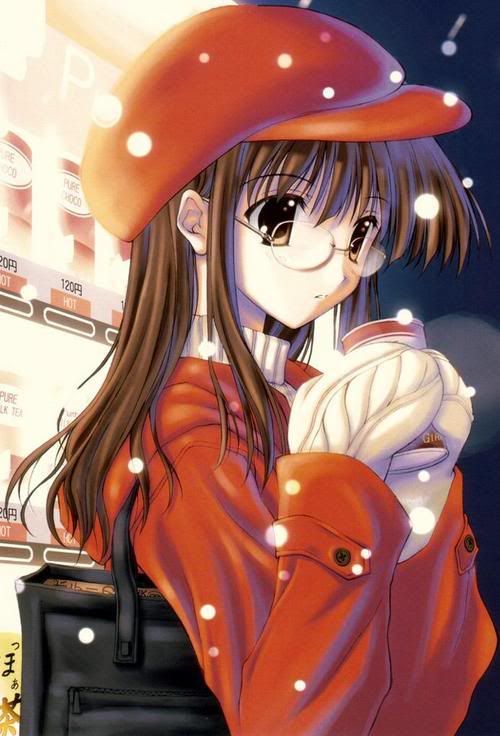 Personality: Often, people mistake her sleepy lethargy as apathy and view her as being very aloof and unsociable when she's really simply shy and rarely sleeps at night.
History:
Tanpopo is expected to be the brilliant heir to her engineer father so she stays up late studying to get good scores. She aimed to enter a prestigious high school, much to the delight of her parents, but she has ended up with no friends and she's very lonely at school, though it's one of the most highly ranked. Tanpopo doesn't know what she wants to do in life and has, thus far, been working only to make her parents proud. This is how her life has always been, so she is used to not having any friends, but she has a low self esteem as a result.
K

EDIT: We should wait for one or two more people, right?
D

Original poster
Charater Sheet
<?xml:namespace prefix = o ns = "urn:schemas-microsoft-com:office:office" /><o:p>Name: Dosetsu Tomasuza</o:p>
<o:p>Age: 15</o:p>
<o:p>Gender: Male</o:p>
<o:p>Protector: Yes</o:p>
<o:p>Legendary Beast: White Tiger of The West </o:p>
<o:p></o:p><o:p>Apperance: (Attached at bottom)</o:p>
<o:p></o:p><o:p>Personality: Reserved and a Little Morbid, But Passionate once engaged.</o:p>
<o:p>History: Raised as a rich boy, his parents lost everything. He developed a godo imagination and has owned the same black cape since he was five, but its still too big for him. But Dosetsu did not notice until they moved from theri old hometown to this one and he had to change schools that they were poor now. He was raised to appreciate the finer things in life, but to know how to live on nothing. with his parents off at work almost all the time, Dosetsu raises himself now, But does a bang-up job at being a hermit because of it. Always the kid on the edge of the playground, hiding in the shadows playing his handheld games or reading Zombie comics. He is in the local Bokken club and carries one whenever he can get away with it.</o:p>
S 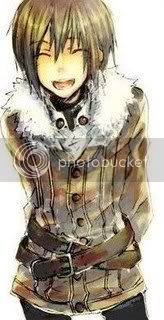 Personality: Sporadic, passionate, stubborn, & high-strung.
History: Michie has always been the puppy of the family, the youngest of four boys and the least talented. Despite his brothers' legacies of science, cooking, archery, or kendo, Michie has never really been able to stick to one thing. Year after year, his grades have gone up and down randomly, he's left one sport for another, and still hasn't had a relationship that's lasted more than a month. Still, Michie longs to be free of his parents' pressure to be someone special. He still doesn't know what he wants to become, but he'd rather not be compared to his brothers. He wishes to be different, in any way possible.

Personality:Shy, Happy, Up Beat, Kind, Sweet..
History: Jamie had a 'okay' childhood in her eyes.
Both parents loved her and treated her well until she was ten and they died in a plane crash, Jamie was taken to her god parents, and she's lived with them since.
She is good in school, usually scooping up a B or an A, she hasn't many friends and has been on her own in school for a while she is talented in cooking, and music but wouldn't show it for anyone.She has been in one relation ship that lasted two years, ending when her friends found out her boyfriend whom she still loved and was devoted to, was controlling and abusive.
K

Original poster
Okay! Let's get the IC up!
U

Original poster
Okay right, so are all our characters meeting up now? :3
K

Original poster
Okay I have edited my reply to fit it now.
S

Original poster
Kyra, can they use their powers, yet?
K