Original poster
Long, long ago... Gods created a handful of men and women to be killers. They were made with a humanoid form and the form of a weapon. People wielded these weapons in war, giving their side an advantage. Overtime, these special weapons became very valuable and started to go up for sale, treated as slaves when in human form and even abused if they refused a request. Each one eventually got separated, which wasn't supposed to happen. They were to remain with the Romans forever...

This angered the Gods, who had the weapons brought back to them and kept in a chest to be locked up and never used by humans again. They were selfish, cruel and ungrateful creatures who mistreated as well as misused the special weapon creations.

Countless years later, the chest was opened! No one knows who did it, but the weapons fell from the trunk and landed in a stack within the branches of a tree in modern time. Each one remains, longing for human contact. They can do nothing more but talk to each other with the use of telepathy - A gift each of them share as siblings.

They are awaiting you... Their soul mates. So they can be freed. Their awakening will alert the dangers from their world… Everyone’s in grave danger. So it’s up to you!
F

Name:
Gender:
Physical age:
Personality:
Human form:
Weapon form:
Human mate:
Bio: (All of the weapons have the same history. Put something that makes each individual different, though. :] Like if they once had a lover, made a punishable move, whatever… )
F

- I trust you all understand basic rules of RPing, so I'm not going to list them.

- Be mature. ;] If there are no more of either spots that you want, try to work it out with someone or try the other. <3

- I’m allowing four weapons and four humans – Need at least three of each to get started. I, as the GM, am playing one of each!

- I have absolutely no problem if you want your weapon and human to fall in love - That's part of RP's about, is romance and bonding! They can even be girlxgirl and guyxguy. Don't go beyond Iwaku's maturity rules is all I ask.

- There will be fighting and life changing soon after the humans and weapons meet.

- After 6 spots have been filled, this will be closed. Please be active!!!


**Fluffy is playing one of each.
F

Age:
His 20th birthday is on the day he meets his weapon mate.

Personality:
A very competitive young man with a bitter attitude. If something doesn't go right - or his way - then the people responsible for it get a critical talking to. He wants to be successful and well known someday, which is what he's going to college for. It appears that Luther doesn't have time for fun, love or smiling. 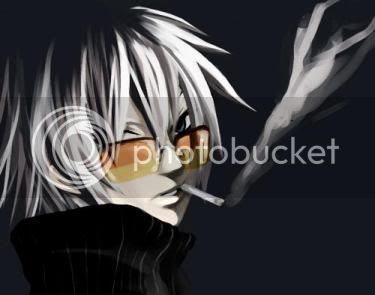 Bio:
Luther was raised by strict parents who wouldn't allow him any time or fun to himself until schoolwork was done. He was put into advanced classes in the majority of his grade levels and his university was chosen for him - as well as his career. Luther couldn't argue with his parents and to this day, turned into exactly what they wanted him to be. He secretly has always wanted to own and coach a hockey team, but is studying to become an engineer of some kind.

Personality:
A natural born leader, but... She despises the fact she's a killing machine, but tries to not allow that to trouble her. Mean as she was made to look, she's truly a lover with lots of affection to give. Her anger only shows when someone she's close to his harmed - such as her wielders and weapon siblings - and when she's insulted for her hair colour. 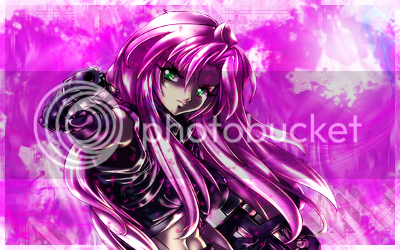 Weapon form:
A cestus for each of Patrick's hands. Pink spikes line each one, while a few spikes are permanently coated with venom that numbs the contact.

Bio:
Lydia has been punished many times for refusing to kill or be wielded. Something went wrong when she was created... She was supposed to be the one in charge of her siblings and the one to take the most lives because of her unique, unpopular weapon form. Her siblings still respect her as their source of guidance, even though she dislikes that. Now that this new world is in jeopardy, she realizes how much she needs to change in order to defend it.
N

I might try to be Grosspoliner-it's a sword from Silent Mobius.
F

let me see if I can cook up a character, activity shouldn't be an issue. I'll play a human, as I'm guessing they'll be less popular picks. Reserve me a human spot in any case XD
F

Original poster
Whatever do you mean, Myrn? Is it 'cause Archy was first in claiming me? :P

Thanks for your interest. <3

I'm playing one of each so I can help make sure both sides stay ship shaped. >> So if you meant a partnership with me is taken, I can be the weapon for your human.
M

Original poster
I'd be thrilled to wield you, Fluffy ^_^

Now to cook up something special....
M

Original poster
sorry about the shortness of it all. I'll be sure to develop Patrick a bit more during the RP itself :)

Name: Patrick Mason
Gender: Male
Age: 17
Personality: Shy and quiet most of the time, he generally cares a lot more about his friends and family then he lets on. The saying about silent waters counts doubly for him though. Even though he says little, he tends to think a lot, and has a few strong opinions about things. The one thing he'll never admit, is that he's lonely, and not too sure what to do about it.
Appearance: with his short blond hair barely covering his temples, his clean-shaven face, average length and posture, and average looks, Patrick isn't very notice-able in any crowd. However, those who'd study him closer would discover an adorable looking tilt to his nose, and kind and gentle eyes, which are always paying attention.
Weapon mate:
Bio: there's as little to say about his past as about his appearance. He grew up in a loving family, his parents being supportive of Patrick and his sister, Mary. They taught him the value of honesty and forgiveness at an early age, and raised him to be a decent guy throughout his childhood. Patrick spent most of his teenage years in a public boarding school, however, and it was there that he turned into himself, keeping his problems bottled up and getting more silent with each passing year. He did not make many friends in those days, but got a few good friends he'll not easily let go off. Of course, now that he's in his final year, some of those things are about to change, if only he knew how much change would really come his way....
L

Original poster
Can i use a set of guns.?
A

Original poster
This RP looks sweet. May I play a weapon or a human? Whichever one isn't taken yet. XD

I'm not sure if TZS is going for a weapon or a human.
L

Original poster
hm...well i was to pick one I'd like to play the guns. i was Thinking of playing twin girls or something... If no one minds.
M

Original poster
In that case, I'd like to play a human then. I'll get a bio for my character up soon.

Personality: Fei is not a people person. She is a workaholic who always needs to be doing something, whether it's studying for that exam or mapping out ways to get out of work on time. She is frugal with money and frowns upon people asking to borrow cash or for donations. Fei is pessimistic and straight forward about things. If you ask for her opinion, be prepared to hear the truth as she sees it. She doesn't like pleasantries and dislikes people who beat around the bush. All in all, she's not a bad person ... as she has a soft spot for small kids and babies and perhaps furry animals as well.

Appearance: Fei stands about five six, is somewhat light and thin, slightly curvy with fair skin and jet black hair with dark purple streaks and almond-shaped eyes. Her hair is long and reaches down to her butt and is usually tied up in a ponytail. She has a long, thin face with narrow lips and a small nose and often wears sneakers, jeans, and a blouse under a jacket or a hooded sweater. She is often seen with a worn dark blue backpack slung over one shoulder and a pair of sunglasses.

Bio: Fei started life as the unexpected and unwanted daughter of a Chinese woman and an American man who was taken to an orphanage in Hong Kong. It was there that she met and were adopted by an American couple who couldn't have children of their own. Henry Talbot was a college professor and his wife was a homemaker who lived in the states. Fei was raised and cared for in a loving home but in her senior year of high school, she lost her two best friends in two separate incidents. According to her therapist, she still has a lot of issues to cope with. At the moment, Fei is taking classes at a community college and working part-time at a deli close to home.
K

A set of guns... I love that idea, but they wouldn't have made guns at that point. You could have them as something similar and then overtime, they changed into something more modern.

EDIT: One of each is left. From the looks of it.

My characters are up! *Giggles* x3
L

Original poster
Well, maybe double daggers then? And I expect there are going to be quite a few Soul Eater references in this. :P

Actually, I think I'm not going to get into this one. Gaaaah, it sounds AWESOME but I think you're gonna have the characters you need and I'm restricting myself to only two rps while I'm still in school so I don't have a meltdown, fail my class and vanish off iwaku again.

Original poster
....Dammit, Fluffy! You planted a seed! (Detorqueo, a javelin, who, in his human form, calls himself Escher and is slightly....off.)

You KNOW I have 2C to work on! You are only delaying Luck with your offering!
N

Original poster
Name: Kari
Gender: Female.
Physical age:13 or so.
Personality:Kari is playful and a bit silly. She enjoys her life as a weapon, and takes to her master's tasks with gusto. For Kari, murder is not the best option, but it's up there.
Human form: 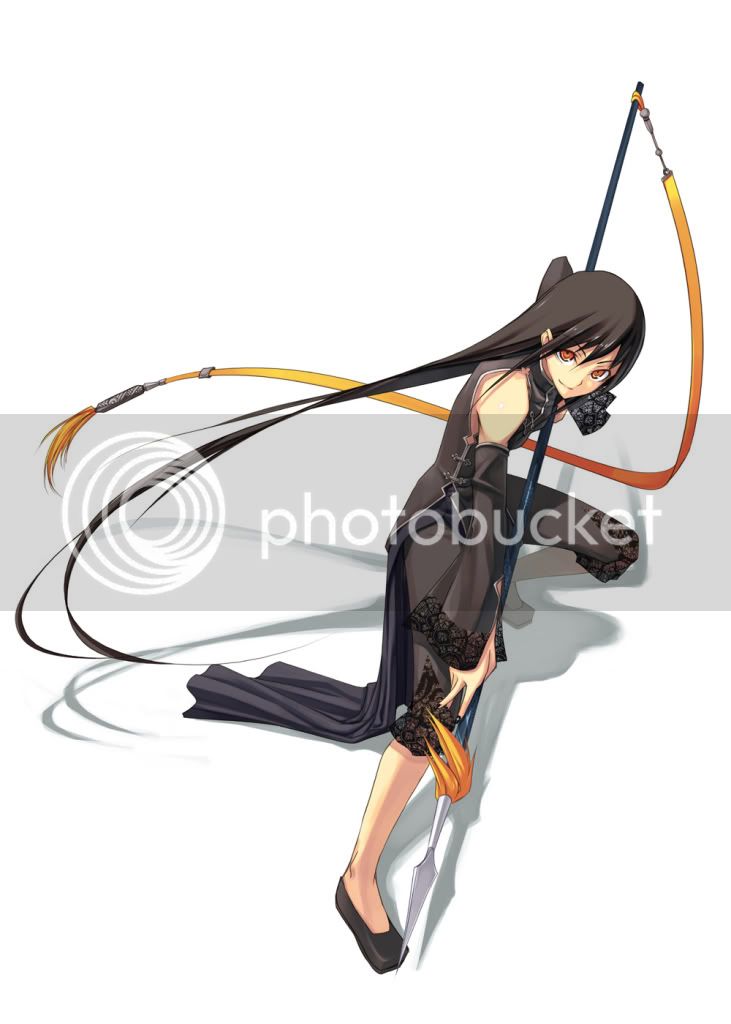 Unarmed, of course.
Weapon form:
A rather unconventional-looking sword. Kari's weapon form is capable of cutting through normal materials like a hot knife through butter.
Human mate:
Luther Wilcox
Bio: One of Kari's masters was killed by an assasin, who stole her away from her owner and sold her off to his enemies. They then tried to use her against her master's allies. Tried, because the spines on her tail would dig into their arms and thrash about if they picked her up. Eventually the sone of her former master found her, and together they wreaked a most terrible vengance-they killed everyone even remotely related to those who bought her-men, women, children, slaves, so on and so forth.Then eventually they tracked down the assasin, removed his limbs, and left him to die on a mountainside.