After several months of battling, which before then was pretty much a war of battles that lasted for about 3 years, things were starting to return to normal for Ichigo and all his friends in Karakura Town, as well as for the soul reapers and the soul society. Or so it seemed. After the defeat of the full bringers group, Ichigo was able to regain his soul reaper abilities, but Karin's powers had reached a higher level during the time Ichigo didn't have his soul reaper powers due to using the final getsuga against Aizen, and they remained at that level even after Ichigo got his powers back with the help of Rukia, Byakuya, Renji, Toshiro, and the others. And this meant that now, Karin was probably just as strong as her brother was at the start when Rukia first introduced him to the soul reaper power and the duties that came with it. But it wasn't just Karin.
It didn't fully begin for her until her's and Karin's 13 birthday, but after recieving a necklace with a pendant that was passed down to her from her mom, her mom having instructed her dad to give the necklace to Yuzu when she turned 13, Yuzu also had a change in her spiritual powers, and she was now able to see the hollows more frequently and more clearly, instead of just off an on like before. She didn't know why it took so long before her abilities reached the level where she could see what they were dealing with that entire time and be able to help out. But even if she had no clue what had changed in her from that day and the present day, Yuzu now could see them and finally do something about it, or to the very least help Karin, or even Jinta and Ururu in the battles against the hollows.
And up in the Soul Society, for the time being, Rose, Shinji, Kensei, from the Vizards group, were back to being captains now for the 3rd, 5th, and 9th divisions. So now at least Izuru Kira lieutenant of the 3rd division, Momo Hinamori lieutenant of the 5th division, and Shuuhei Hisagi lieutenant of the 9th division had a steady ground to stand on so they could recover from all that happened, now that they each had a steady leader to follow again who could help the three of them in handling the weight, instead of Izuru, Momo, and Shuuhei having to handle it all on their own, like what all fell onto their shoulders the moment that Gin Ichimaru, Sosuke Aizen, and Kaname Tosen deserted them all that day, no one knowing at the time, nor to this very day that it was really only Sosuke who was the real deserter and Gin and Kaname were just taking it into their own hands to try and stop him, and therefore followed off after him, even though Gin and Kaname failed to stop Sosuke's plans themselves, and Ichigo ended up being the one that had to defeat Aizen in the end and kill him. 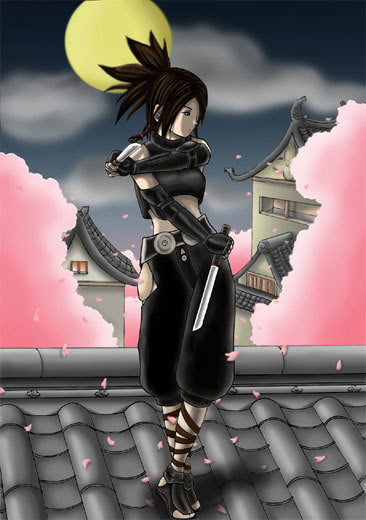 Seras was walking through the barracks of squad 2. She was recently promoted to captain of squad 2 and the punishment force after losing soi phon in the war. She wondered what happened to her. Some say she died others say she gave up her position to follow yoruichi. She made her way to her office where there was a stack of paperwork. Why was she the only captain without a lieutenant?
Last edited: Jul 14, 2015

Renji was passing by sqaud 2's barracks, heading back to the 6th division barracks, having had to take something to head captain Yamamoto for Byakuya. He saw the window to the office of where the newly promoted captain to the 2nd division was sitting at her desk. As he was doing work for his own captain for most of the day, Renji didn't get to the paperwork of the second division's yet. Renji, although he kept it secret from most everyone of the soul reapers captains included, Renji even keeping the secret from his own captain, the 2nd squads' lieutenant, Omeada Marechiyo, had disappeared like Soifon did, him turning up missing shortly after the defeat of the full bringers. And as Seras was still going through the promotion process at that point, the second division was without both a captain, and a lieutenant. When requested by a desperate plea of help from the 2nd Squad's 3rd seat officer, Renji, he didn't know right off if he'd be able to manage both the lieutenant paperwork from both the 2nd division and his own paperwork at the 6th division at the same time. But Renji could see the 2nd squad's 3rd seat officer was up to his neck's end and he needed his assistance. So Renji took the 3rd seat with him to the 1st division, informed the head captain about the situation, and then started meeting with the 2nd division's 3rd seat once a week to get all the info he needed from them to do the 2nd division's own lieutenant's work for him while Omeada was on absence leave for the time being. But Renji, even though his own captain, Byakuya, needs him to get back, as he discussed to the head captain he would do once the 2nd division had a captain again if Omeada still hadn't returned from wherever he went yet, Renji enters the gate of the 2nd squad and knocks on the captain's office door.

Down in the world of the living, school had just let out for Karin and Yuzu, their brother still having another hour to go. Karin had taken off with her friends to go play soccer at the park, but before going home, as she always did, Yuzu for some reason felt it wasn't time yet, that there was something that she still needed to get done before she went back to the Karakura clinic which was also their home. Not having any clue as to what was pulling her, Yuzu followed in the direction she felt she needed to go in.

Seras heard a knock on the door. She already knew who it was based off his spiritual pressure. "Enter lieutenant abarai." She never looked up from her paper work. Of course with the captain and lieutenant disappearing the paper work had piled up.

Renji entered just as the second captain had ordered him too. He looks to her and says "Hello Captain Seras..Um..I'm not really sure how to say this..But I promised the head captain that once the 2nd squad got a new captain I would tell this to the new captain, that being you, so here it goes..I'm sure you're aware that the former 2nd squad captain Soifon had disappeared after the war..Well the 2nd squad's lieutenant also disappeared shortly after the battles with the full bringers ended..So far the only ones that have been aware of Omeada's absence have been the 2nd squads 3rd seat officer, the head captain, and me..The head captain didn't want to raise any more alarm as at that point due to Soifon's disappearance we were down 4 captains..Now of course since then, a few of Ichigo's friends, Shinji, Kensei, and Rose, who apparently were captains up here in the past came to help us out by taking the captain positions of the 3rd, 5th, and 9th divisions again..But anyway yeah..at the time the head captain didn't want to send anyone into panic..so no one else knows about Omeada's disappearing yet..Neither the other captains, nor the lieutenants..not even my own captain..And your squad's 3rd seat and I have been covering for Omeada as best we could since he went missing..I've been handling the paperwork for this division that Omeada usually handled, but I have been racked with things that Byakuya has needed me to do today for him, so I couldn't get to it yet..and the 3rd seat officer's been handling the other affairs the 2nd division underwent that Omeada handled..Now Omeada didn't give any in-tell to anyone that he was quitting or anything like that..but we don't know anything towards where Omeada went off to either..

Renji, as he watched the manner that Seras was giving off, seeing that she was clearly stressed, he wondered just why Omeada went awol on the second division like that..Renji knew in his heart Omeada had his reasons without a doubt for doing it..but Omeada knew his place, his job position, and the importance of him being there at the current time to with Soifon having taken off already..and he still left without a word to anyone..even his fellow officers in his own division..Renji just couldn't make sense of it yet. He looks to Seras and says "I guess that's all for now at the moment. I have to get going back to my captain now. But after I get things at my division settled for the time being and get done with what Captain Kuchiki wants me to do, I can come back over here and help you if you want me to.

The 2nd division's 3rd seat was passing by Seras' office, having heard Renji talking to her. He didn't mean to, nor did he expect an explanation from Renji, but he heard Renji saying the reason he wasn't there that day yet was because Renji's captain Byakuya Kuchiki had had a lot for Renji to do for him too that day. The 2nd division's 3rd seat knew that Renji was Byakuya's lieutenant, not theirs, and that Renji had his own work to do, but when it was clearly showing to him that Omeada probably wouldn't be returning for a while, with their captain gone as well, the 3rd seat officer of the 2nd division tried to handle things himself at first, but ran into a wall at one point and needed help.
Show hidden low quality content