Story:​
Inspired by Underworld Awakening. In a laboratory, a traitorous vampire brought himself, a lycan, and a magisis (Latin for magic) and exposed all major forms of supernatural being. However, this news has not been made mainstream, and only a few independent bloggers and journalists know of it. This very moment, the three betrayers are being tested on, so that those at the laboratory can have solid proof of these hidden species. No Supernatural knows of this either, and continue to move on with their lives. Little do they know that the armed forces are being mobilized, as the three traitors have disclosed the locations of their families and covens.
Here’s my character:
Name: Mari Jessamy Nolan
Nickname: Jess
Gender: Female
Age: 18 vampire years, 21 human years
Height/weight: 5’4”, 120 lbs
Appearance: Black/blue hair, one blind eye (her right one) with a scar over it, pale skin, curling tattoos running up both arms, no make-up, wears her hair in a ponytail
What you normally wear: Halter sleeveless Gothic Lolita dress cuts off at the knee, ripped tights, body armor underneath, ties at front, black combat boots, black ribbon in hair.
Personality: Headstrong, stubborn, will go to great lengths to prove a point, hates losing, arrogant, loves music
Race: English-Russian-Turkish, Pureblood vampire
How you became who you are now: Random careless attack w/ no reason, became vampire from carelessness
Extra History: Was in a band, left for personal reasons
Favored weapon: Two hand sword w/ cross shaped guard, saw-toothed blade w/ gold hue to it.
Religion: Was Observant Jewish before becoming a vampire.

Pretty much anyone can join, I just want an idea or your character and writing style XD
T 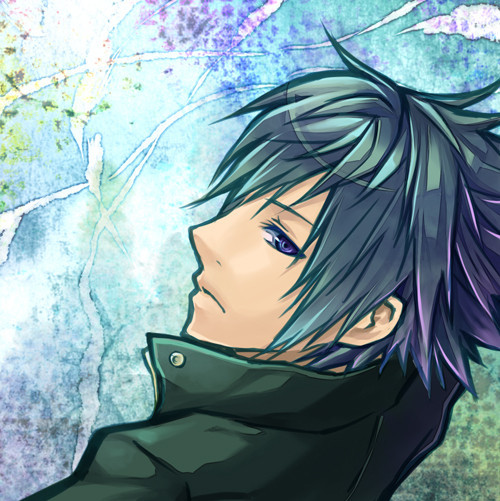 Personality: Never can truly show how he feels, makes people feel has if he would kill them if needed, but feels truly alone and wishes for
someone that he can protect and someone to protect him from his dark side
Race: Spaniard spanish PureBlood Vampire
How you became who you are now:
Extra history, anything important: Was once a high educated student top of his class till one day he was attacked and made into a vampire
and his family forced him away and now he walks the earth out smarting people for what he needs
Favored weapon: using bare hands to feel the blood flow down when he pierces they're hearts but carries a hidden blade in his sleeveReligion: Was seventh day adventist till he started to deny the thought of there being a god

Original poster
Computer dying, will post a character sheet when I charge my compy and come back to the internet source!

Original poster
Full Name: Andrew Hopner
Nickname: Andy
Gender: Male
Age: 22
Height/weight: 5'6
Appearance, can be pic or description: Average looking guy, likes to think of himself as someone people can confide in. He keeps secrets and keeps himself slightly distanced from people emotionally so although he may know how you feel, he is not likely to share his feelings.
What you normally wear: Dresses business casual, polo shirt with khaki pants (hates wearing shorts) and has fairly short hair slightly spiking it in the front.
Personality: A very open personality to others, very easy to get along with, non-confrontational.
Race, can be human nationality or Supernatural species: Human from Texas
How you became who you are now: Grew up in rural Texas, old country home and moved away when his mother died. Never knew his father, just knew he was an abusive man and always strove to be better. Never settled down.
Extra history, anything important: Heard a quiet rumor of vampires and secretly wants to become one
Favored weapon: Colt M1911 w/ 2 clips of ammunition always. (Ammo varies according to OP)
Religion, if applicable: Catholic
C 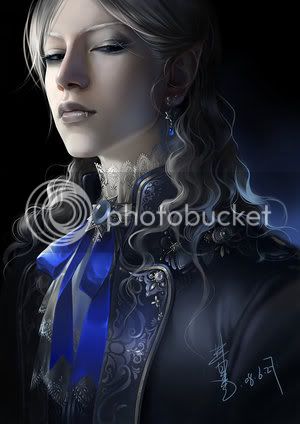 What you normally wear: Lynn prefers the goth-lolita style. Frilly dresses, lace, corsets, bows in her hair, etc.
Personality: Despite her appearance, she's usually cheery and nice.
Race: British-Irish, pureblood vampire
How you became who you are now: Was born into a pureblood vampire family.
Extra history: Her family is a long line of pureblood vampires. They have no vampires in their family who were changed from humans. They stick to their family code and never mix with half-vampires. Except for Lyn, who likes talking to everyone
Favored weapon: A parasol with razor-edges (like Jessamine's from Clockwork Angel)
Religion: N/A
C

Original poster
I hope that profile is okay :] Tell me if I need to change anything
M

What you normally wear: She is often seen wearing a midriff-cut pull over hoodie (usually black) with a black tank underneath, and black cargo pants, along with white sneakers.

Personality: Kriss is a sociable person, always wanting to greet with a hug when meeting new acquaintances. She is quiet when among strangers, slowly working her way into a circle with the knowledge she gains from observing them. She is quick to smile and laugh at pretty much anything, but only in the privacy of her own mind unless she is with someone she thinks is good enough to call a friend.

Race, can be human nationality or Supernatural species: She is half human, half vampire.

How you became who you are now: Her mother was a pure blood vampire, enamored with a human man. She had lost her ability to procreate when it was found that she had no desire to be restrained to being romantically affiliated to only vampires. After seeking out a supernatural, she reversed the curse for a set amount of time and mated with the human man (who knew nothing of the woman's vampire origins until after the child was born). They both raised the child, trying to do so without exposing the little girl to the harsh reality of her coming to being. She could live her life as either a human or vampire. After the death of her mother, which she was told to be of "natural" causes, her father died a few years later, but not before telling her the truth of her humanity, or certain lack thereof.

Extra history, anything important: She has a heart of gold and would do anything to have someone laugh or smile in her presence, if only once. She was sick of seeing her father so gloomy after her mother's death and made it her personal mission to have him laugh as much as possible before he died. It had somehow branched out to other people, this need. So she does so unconsciously.

Favored weapon: She loves the use of dual weapons, be it swords, hand axes, or tonfas.

Religion, if applicable: Her human family raised her as a Catholic.
E

Original poster
There's no need to wait. I'm just seeing how you write and have a picture in my head of who you are. Go crazy, everyone~!
T

Original poster
well are you going to start the setting or we just start the story now the way we want?
M

Original poster
she did start, with a birthday party of sorts. however, you could start somewhere outside the setting like someone who's spectating or coming across the chaos.
T

Original poster
did she do it on a different thread or we start on this thread?? Because i don't see it
M

That's the link to the thread. I need something to go on :P So please, post.
C

Original poster
It's in the Modern RP forum ^^
M