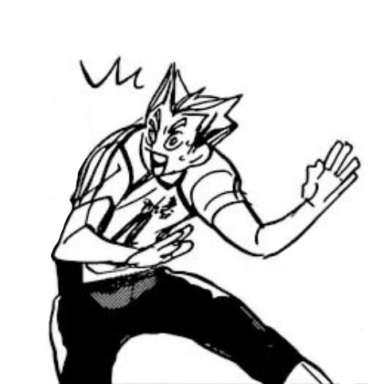 fuck yeaaaah. time for some chaos.

heyheyhey!
Your local himbo here! I had to remake my request post because my other one was very lazily made. I made it in like, two seconds. So, I'm gonna sit my happy ass down and actually type out a proper one. With that being said; let's get started.


Terms & Conditions​
♡ Ghosting & Reply Times
As a lot of the other roleplayers on this site feel, I don't mind it if you ghost me. I get it, life gets busy. I myself am a working adult, but I also suffer from two pretty severe mental health disorders that literally affect my daily life. I understand feeling anxiety over having to respond to roleplays. I understand being too depressed to reply, or wanting to take a few days to yourself for a personal reason; hell, you could ghost for days for no reason at all and I'd understand. Sometimes, we just don't feel like replying. So, don't feel pressured or stressed to reply quickly and promptly. Take your time. However, feel free to nudge me with a quick message if I don't reply after a month. I'll do the same for you. I try to reply to roleplays at least a few times a day if I have the time, but don't feel pressured to do the same. DO NOT RUSH ME TO REPLY TO ANY OF OUR THREADS.

♡ Communication & Consent
This is a pretty big rule that I don't see a lot on other sites, but please discuss with me any triggers or hard-limits that you may have before we get into plotting out a roleplay. Outside of roleplay, I am a formally trained Dominant & Submissive whom is active in my local dungeons, and have been a member of the community for around four years now. Safe, Sane, Consensual is one of the, if not the biggest rule in BDSM. However, I take this rule and apply it to my roleplays as well as IRL. I want to properly discuss any limits with you, as well as any triggers. Communication means the world to me, and I hope that you can trust me to communicate with you in turn.

♡ Godmodding, Powerplaying, & Nonconsented Controlling
Everyone slips up sometimes, I understand that. However, doing so repeatedly isn't fun for anyone involved. Please do not Godmod, Powerplay, or Control another character/NPC without my, or a possible added parties consent beforehand. For fighting scenes, we will discuss the winner of said fight beforehand. If we can't decide together, then I will roll a D20, and whomever lands the highest number, has their character win the fight. When in a fight, please don't just assume that your attack hits another character. Fight fairly. As an example, here's a sample of how I fight in roleplay;

♡ Grammar, Punctuation, & Spelling
Nobody is going to write perfectly, man. I understand that. But please do your best to use proper grammar and punctuation. Spelling isn't that much of an issue to me, but just make it legible if you don't know how to spell a word and don't have a way to correct yourself. (I find autocorrect to helpful in this situation, for once.)

♡ Sentence Structure & Length
So, I roleplay both on my phone and on my computer; so I understand the struggle of trying to write long sentences on Discord or even online when you've got a slow computer; or just a computer that refuses to work in time. I also understand a lack of muse when writing, leading to shorter or less-descriptive sentences. And that's fine, really. However, I would really like a partner that can consistently write 2-3 paragraphs (Meaning 5 or more sentences a paragraph), or more depending on their muse. A lot of people don't like it when someone puts effort in to describe a character's inner monologue or surroundings, but I actually don't mind it. Feel free to do so if it makes you more comfortable.

♡ Plot Discussions
I try not to establish a plot on my request forms, since I'm really flexible on what I like to roleplay, plot-wise. The best way to get me interested is to actively participate in any plotting- especially since my roleplays are 100% based around our characters either being in a romantic relationship, are developing into one, or will eventually be in one.

♡ Shipping & Romance
I absolutely love all monogamous relationships, but I am also a fan of polyamorous ones. I myself am polyamorous in real life, so I understand when it comes to it. If you need my character to be apart of an existing polyamorous circle, then that's fine with me- just bring it up to me! However, if you prefer just for them to be monogamous, that's fine too! password: owlman

♡ Multiple Characters & Doubles
While I am not completely partial to playing multiple characters at once, I can do at max three at once for you. I can play any NPC's or side characters whenever needed, but it cannot be at all times. I prefer to just write one, but I am flexible and will play two for you if you desire that. Do not feel pressured to do the same for me.

♡ Faceclaims & Sourcing
I do NOT use pictures of real people for faceclaims, nor do I use existing characters in any universe as a faceclaim for any of my OCs. I also do not roleplay with people who do. I'm sorry, but it just doesn't do anything for me. Most of my faceclaims and art is created through Picrew, drawn by myself, or drawn by others whom have drawn my characters. I try not to use any art that was not made for me specifically, unless the artist has stated that permission was given to use said image freely. If I do use an artist's work with permission, I will always give credit to said artist in my character's biography where the art is used. I would be very happy if you did the same out of respect for the artist.

♡ Third Person Only
I don't roleplay outside of third person, and I would appreciate it if you did the same. When I write, I like to imagine I'm writing a book instead of experiencing the story with myself as the character. If you like using anything other than third person, then please move on and find someone else.

♡ Roleplaying on Discord
When I roleplay on Discord, I will always make a server for us. So don't worry about that. I keep everything organized pretty well.

Roleplay Preferences​
♡ Fandoms
I primarily roleplay in fandoms; mostly anime, but I can sway into TV series. My current and most active fandoms and muses are listed here. There is also the possibility that I would be willing to watch/read whatever series you're wanting as well, so just bring it up to me and I'll check it out. If it doesn't suit my tastes, I'll politely turn you down. password: owlman
I also do Fandomless roleplaying, with a preference for Medieval, Modern, Fantasy, Furry, and Anthro themes. It can even be a mix of any of those. I really like playing shapeshifters and wereanimals, as well as magical medieval/modern themes. Anthro roleplay is exclusive to a variation of something similar to the Warriors series by Erin Hunter, for example. Furries, as well as animal-human hybrids. (People with animal characteristics, but are primarily human.) To check out my fandomless OCs, take a look here. I am also happy to create more OCs if the ones I have listed don't suit your tastes, as I love character creation anyways.

♡ Character Preferences
Most of my muses and OCs are Pansexual Panromantic; however, their genders, races, nationality, and orientation can all still vary very much. Since I like being inclusive, and giving people a variety of characters to choose from. I don't primarily play a certain gender more than others, and I am happy with roleplaying with any type of character. Whether they be trans, nonbinary, and even genderless/agender. Specifying what you prefer your character's genitalia to be called beforehand is definitely encouraged. As a trans man myself whom hasn't began his transition physically, I understand the struggle. Also, feel free to hit me with a character of varying personality traits! I FUCKING love when characters have a variation of personality traits depending on who they're around.

♡ Worldbuilding
While I'm not very good at worldbuilding beforehand, I encourage those who already have an idea of the world they want to roleplay in. I much prefer to worldbuild as we go, and establish a plotline as we roleplay together. I think that's my favorite thing to do. password: owlman

♡ Smut
I understand feeling uncomfortable with smut, and I get it. I try to make it a good 50/50 between smut and plot for my partner's sake, but if you would like more smut than plot, we can discuss it! Please discuss any of your characters' biggest kinks and hard-limits with me in messages. Also, I don't mind playing the top or bottom in any situation, as well as either the dominant or submissive. I also don't mind characters who are brats, as long as they know limits. [checking in with their dom subtly before randomly bratting through gestures or sayings; ex. "hey, daddy/master/mistress/etc?" said in a mischievous tone.]

♡ Mental Health, Disabilities & Proper Representation
As someone with OSDD (Other Specified Dissociative Disorder) and BPD (Borderline Personality Disorder), I understand how it feels to have your mental illness misrepresented by people who don't do proper research beforehand. Please do your research before giving your character a mental illness of ANY sort. Not all Borderlines act the same, nor do they all have the same symptoms. Not everyone with OSDD 'switches' to another personality; I myself just have alters that are all in my head, designated to their own 'headspace', but they never 'front' or take over my body. Not every Schizophrenic is the same; there are many different types of Schizophrenia. So please be respectful. This also goes for disabilities of ANY kind.

Still interested? Feel free to contact me, then!
The easiest way to contact me is to add me on Discord at saeyoung#6593 , but I am fine with you messaging me on here as well. If you add me on Discord, please tell me these things when you first message me:
- Where you come from [iwakuroleplay]
- Your username on the site
- Your age
- Your preferred pronouns
- Which character(s) of mine you're interested in
- Any triggers or hard-limits
- If you're interested in another fandom/type of character, and would like me to try it out.
- The password, that's located somewhere in this whole thread post. [I put it in three times, so you have a good chance of finding it.]