bibi's ideas & plots//write with me 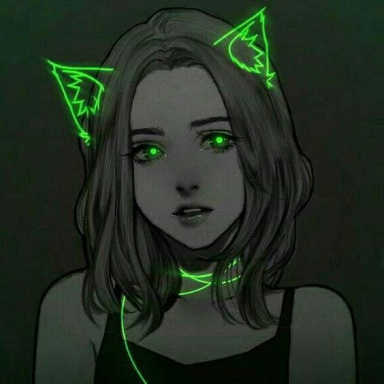 hello! thought i would post some real quick ideas! some will be more detailed under the spoilers, and then there will be a list of character pairings i'm looking for! other than that, the small ideas listed are some things we can bounce ideas off of or if you have something particular in mind you'd like to run by me! if they are bolded, those are the characters i'm most interested in portraying. i prefer m/f myself but am not opposed to f/f, as i'm looking specifically to write female characters on my side! also, if you would like to double (having me write an oc for your mc ) i can do that too!
Click to expand...

Hopefully I didn't miss anything! Hope to hear from you soon!
Click to expand...

Muse A (my OC) is young nanny working for Muse B (your OC), a single dad who is just in over his head in work, and she loves the kids, and they love her, but she’s taking online classes to eventually become a teacher which means she’d have to leave them, and the kids hate that idea, so they beg their dad to marry her, not fully understanding what that means.

Muse A (my OC) is a daughter of a well-known mob boss but as she grew up, she didn’t want to be a part of it. After graduating from high school she ran from home, changed her last name and lives a normal life, working as a server and enjoying every day that comes. The rival family is becoming stronger and war is at its peak; Muse B (your OC), oldest son of the rival mob is set out to find her, knowing that if they had her, it would turn the battle in their favor. He takes some time, but eventually Muse B locates Muse A, and he stays in the little town, not letting her know who he really is - he has to watch over her, gain her trust, so that when the time comes, he brings her back to his family. And as the two get to know each other, Muse B starts to fall for her, hard, and Muse A is having a huge crush on him. Muse B tries to fight it, knowing what’s his mission, but she’s so pure and full of life, and he gives in. They become a thing and Muse A finally believes she’s happy. That is until one day Muse B gets a call to bring her in as things are getting quite hectic, so he takes her for a ‘road trip’ where they end up at his household, and she ends up being a captive. Realizing what is going on and that she was his mission, Muse A is hurt, broken and disappointed; Muse B tries to explain himself, but she won’t listen.
Bounty Hunter x Bounty

Inspired by Vampyr. London, 1918. Muse A (your OC), newly turned vampire. In their previous life, Muse A worked as a doctor, one who tended to the city’s flu-ravaged citizens. Something that no one can quite recall how it started. People become sick and either die or become husks of what they once were, though more violent and ravenous; hardly appearing human at all. After falling ill themselves, Muse A is confronted by a local gang leader. Left for dead, a stranger approaches Muse A and says they've granted them a 'gift'. When Muse A awakens with an incredible hunger like they've never known before. Succumbing to their new instincts, Muse A concludes that they must be a blood sucking monster. Finding other's like themselves, Muse A finds out how the flu and these 'vampires' are related. Those strong enough have been sired to their master. Meanwhile, Muse A has to maintain their human image, trying to help fight off the illness that plagues his city as well as new creatures rising from the shadows to feed on those healthy. Muse B (my OC) works at the hospital and happened to be one of Muse A's assistants. Muse B becomes worried about Muse A, noticing their strange behavior. Muse B follows Muse A one night, sensing there is something they aren't telling them. It's there Muse B witnesses the new creatures of the night and that has really been plaguing the city at night.
Muse A (your OC) is a demon, a very powerful one at that, one that was originally an angel that fell from grace, whatever that reason was they can't remember. Every once in a while they like to crawl up from Hell and cause some chaos in the human world. It's their favorite thing to do. Humans are so fragile and easy to panic. They do it for a good laugh when bored. Muse A has been around for a long time. A very long time. Over the years they've seen companions die and wars waged - not that they started it or anything, but to put it short, they've seen it all. That is until they stumble across Muse B (my OC), an ordinary human. Or so they appear. Well, to everyone around them, Muse B is ordinary. They work at a local library, go home, tend to their normal chores just to do it all over again the next day. But Muse B has a special connection to Muse A. Muse B is the reincarnation of Muse A's lost love. The spitting image and like a ghost from the past. Ghost, in literal terms as Muse A was the reason for Muse B's death. But when Muse A finally gains to courage to approach Muse B, it seems they have no recollection of Muse A.
Muse A (my OC) is a fallen angel exiled from heaven for falling in love with their human. They wake up outside a club with their memory wiped, and the wings ripped from their back. The club run is by Muse B (your OC) and is actually a sanctuary for other supernatural creatures in need. Muse A stays to heal, and gets wrapped in Muse Bs world—both of them having to deal with the things they’re running away from.
Werewolf x Human
Vampire x Human
Supernatural x Supernatural

A touch of Detroit Become Human inspired. In the future, robots are the cornerstone of the modern age. They are made for anything from industrial tasks like manufacturing and hard labor, to high functioning A.I bots for service task such as bank tellers and hairdressers. They are even used for companionship. Those who are lonely, and have the cash, can purchase a personal A.I customizable with any upgrades imaginable; for a price. Some purchase them for in-home services and care. Other just for companionship and someone to talk to. And others, well….. get a bit more personal with their personal A.I. Muse A (your OC) is honestly just lonely, and just cashed in their trust-fund/inheritance/job bonus for the best A.I money can buy Muse B (my OC). The A.I is so advanced that it’s hard for Muse A to remember that they aren’t actually human. That they are a high functioning toy. But with someone so perfect, it’s hard not to fall in love with them. 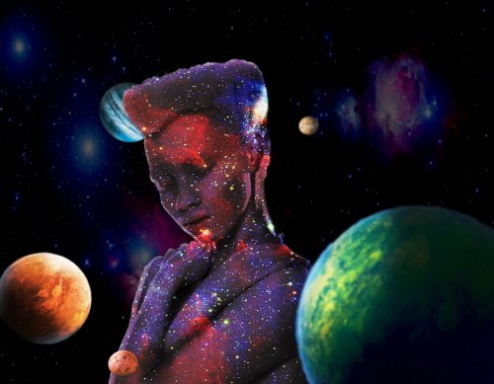 The ocean at your door

Hi! I'm a bit new here, but I'm definitely not new to roleplaying. It would seem that we have very similar interests! I would love to roleplay with you if you are still interested?