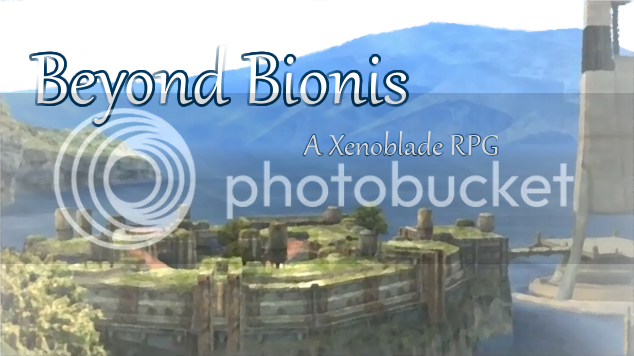 The god-continents Bionis and Mechonis have fallen, and the tyrannical Zanza's reign over the world has ended. The survivors have banded together, and six months later their city is almost complete. They begin to look outwards, past the ruins of their old world, and wonder - what lies beyond that seemingly endless ocean?

Beyond Bionis is a freeform play-by-post forum RP based on the JRPG Xenoblade Chronicles. Set after the end of the game, join the former inhabitants of the Bionis as they carve out their destinies in this new world!

* Magitech fantasy - we have airships, a race of mechanical people and magic crystals!
* Open, collaborative world with a plot focused on exploration - work together to decide what our characters will find next!
* No word count!
* No knowledge of canon necessary - all the information you need is on the site!
* Plenty of open canons, and lots of space for OCs!
Show hidden low quality content
You must log in or register to reply here.
Share:
Reddit Pinterest Tumblr WhatsApp Email Share Link
Top Bottom