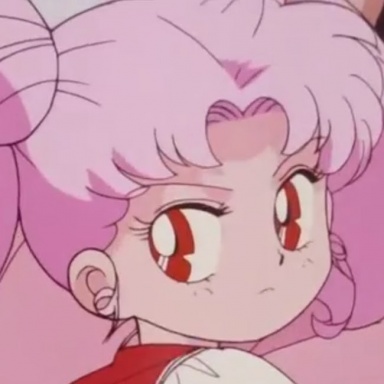 Thanks for stopping by! You can call me Ai (eye). I'll keep this short so you can get to the good stuff. Below you will find a dump of my original characters and don't worry they aren't all brats ~

❝ Lets really live now in this moment, together. ❞

✼ Ray of light in the dark

❝ Just laugh it off, nothing is worth expending negative energy! ❞

✼ Usually only for formal gatherings

✼ The ring tattoo on her forehead is very important. It is the source of her power and her link to her familiar

✼ She is a generally cheerful and carefree spirit. Great company to be around. Her smile can light up a room and she has the charming personality to boot. She is not easily angered for she does not like confrontation. Because of this she think carefully about her words and actions.

✼ She has a very boastful and loud sense of humor. She can take a joke, but also love dishing them out

✼ She is afraid of most high places. She fears the unknown so she is always learning. She fears most uncharted territory.

✼ Is good at dissolving conflicts. Can talk most people down. Makes friends very easily. Good at making and accomplishing long term and short term goals. Organized and tidy

✼ Always tripping over her own feet. Not a very physically strong person. Avoids conflict to the point of making herself smaller.

❝ I don't want to know who I become when I am angry. ❞

✼ Her up close skills are some basic muay thai defensive maneuvers and a more than proficient sword fighter. She prefers far range combat however so she has gun training as well.

✼ Also light weight. When the sword is charged and glowing it makes the blade itself super strong/indestructible. The material surrounding the blade is made to contain this energy that has been sourced and concentrated so it can withstand the blows without falling apart. The blade is also shock absorbent so the user doesn't feel much force coming back onto them, rather the more force they use the more destruction they can cause without getting whiplashed.

✼ The pistol is small, but packs a big punch. One hit from this will leave any enemy stunned for a moment of time. The wrist attachment is light weight and flexible. Easy to hold and operate other things while wearing. When charged and ready to use they shoot a blast of invisible energy (the same used to make Oz's sword) which will push an opponent back or send them flying depending on the amount of charge and how big the opponent.

✼ Both of her powers are inherited through her family bloodline and are specific to only her and her ancestors. The ring on her forehead is what gives her her powers and connects her to her familiar. She creates golden rings of light that are multi purposeful. They can be used to wrap around and trap enemies. The inside of the rings can be made solid to stand on or be used as a shield. They are so bright and can be any size, one can be created just to light ones way. The glowing ring itself can become solid (however only Oz can touch the bright part) and thrown or used to slice. The light is bright, but can be controlled and the glowing ring is also as hot as the sun.

Her dark magic powers are provided by her familiar. Meaning they only work when her and her familiar are together. Her familiar basically turns into a gooey, shadowy mass that also turns Oz into a gooey, shadowy mass and they merge. The mass can move through cracks and also float around and move much faster than any normal being. Oz can also transform into other living beings she knows when in this form. This form can only be maintained for a limited amount of time however, the longer she stays in the darkness, the more it effects her own physical being.

PHYSICAL
Race: Mixed
Eye Color: Hazel
Hair Color/Style: Curl, long, black
Build (Height/Weight): 5'9", 120lbs
Style of Dress: Fancy, colorful robes and gowns. Usually sandals or boots for footwear
Personality Type: Very quick tempered and loud. Sort of a tom boy. Independent and driven. Not very submissive, she likes to have control of the things in her life because she fears disorder. She loves fiercely and hard. Is willing to fight and most times even die for the ones she holds dear. Very outspoken and prideful. Smart and cunning. Actions first, no concern for the consequences later type of girl.

BACKGROUND
Amala grew up without a father figure of any type. Her mother did the best she could to give her baby girl everything that she could growing up. The best principals her mother ever instilled in her were a good work ethic and sense of self worth. Growing up seeing her mother work her ass off to take care of her and not needing anyone (especially not a man) made Amala an even stronger girl.

In her teen years she had a lot of guy friends and usually preferred hanging with the boys rather than the girls. She wasn't a trouble maker, but was known for getting into fights. Mostly defending her friends that would not defend themselves. Her big mouth also more often than not gets her into big trouble. She spent most of her youth exploring the subways, alleys and parks of New York City. She vowed she would one day get out of the concrete jungle, for she had Hollywood dreams. As a woman of her word she set out to do whatever it took to make her dreams come true.

After graduating from High School she began attending college in Los Angeles, California. Her story truly starts here as a normal college girl. Studying womens history and music. Being such an outspoken and driven girl she is naturally very popular around campus. She is a part of lots of clubs and activities inside and outside of school. With a flourishing social life and a promising academic career in the works her life was pretty picture perfect, that is before the accident.

In the middle of her 3rd year of college a tragic accident put Amala into a coma, but she awoke almost instantly. However, she woke up reincarnated into a different body! She is now Aila Oriydark, Dark Elf Princess of Mysenoris.
Last edited: Dec 7, 2019
Show hidden low quality content
You must log in or register to reply here.
Share:
Reddit Pinterest Tumblr WhatsApp Email Link
Top Bottom