AT THE END OF THE EARTH

At least 14,000,000 km of snow and ice sheets. The most inhospitable continent on this planet, with temperatures growing as low as -50°C on average each year. What life there is here has carefully evolved to survive such a climate; it is abundantly clear that this is not a place that humans can hope to easily exist.

Truly, by our standards, this is the end of the Earth. 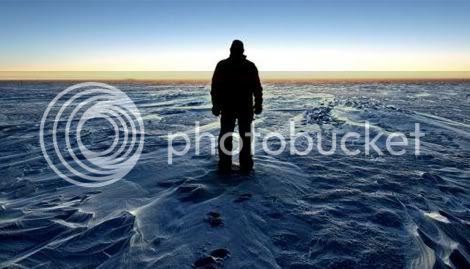 Yet still, humanity has managed to find a foothold on this most inhospitable of continents, in the form of scientific research bases and outposts scattered across it. Delving into the mysteries that frozen continent holds, they brave the dangerous elements and dark winter months in the name of scientific progress and discovery.

And one such mystery is about to be revealed.

At the remote Lake-Atwood Antarctic Research Station, a discovery has been made, something the director of the station claims will change the world. Powerful winds and snow-storms have led to the facility losing contact with the outside world before further information could be relayed.

Determined to reach the station and bring back whatever it is has been discovered there, Doctor Randolph Dyer, a gifted British scientist and one of the directors of the Lake-Atwood Station, puts together a team of scientists and explorers to assist him in getting to the station and helping him bring it back into contact with the outside world. 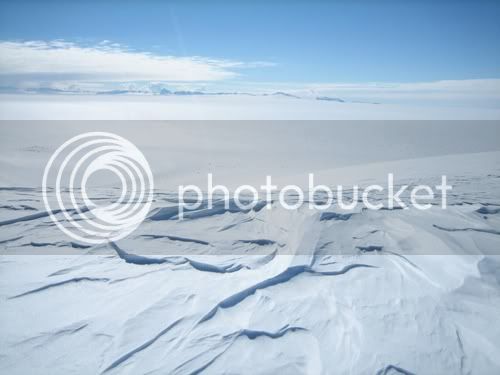 You are one of those chosen for this team.

Little do you know what awaits you out in the frozen wastes of Antarctica...​
[/size]

NAME:
GENDER:
AGE:
ROLE: (What is your character's role within the group? Why were they selected to be part of the expedition?)

STRENGTHS: (What skills does your character possess? What are they good at?)
WEAKNESSES: (What limitations does you character have? Is there anything they are particularly unskilled at doing?)

The game will take place on SUNDAY 15TH JANUARY, at 22:00UTC in the CATACOMBS RP BOX. Here is a time converter that you can use to figure out what time the game is at where you are, so you know if you can play.[/size]

I have work at 8am on Friday
S

@__@This is so cool ! Grumpy, your plots are always amazing! :DD

NAME: Sienna Hua
GENDER: Female
AGE: 23
ROLE: mechanic and IT implementation. Chosen for her meticulous logistics and history of efficiency in the work.
STRENGTHS: Mastery over a wide variety of integrated skills concerning electrical, fuel, and computer systems. Able to communicate these skills to others if the need arises. A good project manager, organizer.
WEAKNESSES: Lack of leadership skills, a dangerously bad driver, and clumsy. Injuries or wounds with excessive blood make her queasy.
PERSONALITY: Headstrong, proud, and judgmental. Sienna is overambitious and easily offended.
HISTORY: Mechanical Engineering graduate working under Dr. Dyer. Sienna transferred to England from China during high school as a foreign student and has been living here since. She's highly independent, having lived alone and worked hard for several years now. She is currently pursuing her engD, balancing work and study.

Original poster
DONATING MEMBER
FOLKLORE MEMBER
It seems a lot of people are busy this evening and will not be able to make the RP.

As such, I think I'll re-schedule this shindig for sometime this weekend. Sorry guys. D:

I can play on Sunday, Monday and Tuesday nights

I can do anytime this weekend. Probably Monday or Tuesday if we really have to accommodate Asmo.

sunday is good, though!

Original poster
DONATING MEMBER
FOLKLORE MEMBER
In which case, this Chat RP shall be re-scheduled for Sunday. Same time, same place and all that.

I have to visit a wedding venue at 10am on Monday, so if I'm tired I may make a horrible mistake and doom the wedding to failure and Tegan will leave me and then I'll cut myself from loneliness and murder my parents.

Original poster
DONATING MEMBER
FOLKLORE MEMBER
Are you willing to risk it? Or do I have to dispatch the bear-ninjas to your location?
S

if we don't want to put Asmu's wedding plans in jeopardy, haha xD

Original poster
DONATING MEMBER
FOLKLORE MEMBER
...I somehow had it in my head that today was Sunday. Welp.

In that case, yeah, I'd be willing to run it tonight in the interests of making sure Asmo's awake as he gets dragged around wedding venues. Got to make sure he's fully awake so he suffers all the more, and what-not.
S

Original poster
DONATING MEMBER
FOLKLORE MEMBER
It seems that no-one could really make it tonight, so we'll go ahead with it tomorrow whatever happens.
S

Thank you for letting me know~~~ :D

Long story short, I'm going to need to make a visit to the hospital this evening. I'm fine, but someone I know isn't.

I'm gonna need to re-schedule this game again. Sorry for screwing you guys about. D: