Five thousand years ago, long before the time of humans , there was ArenDex. This was a realm known for the intense beauty and freedom that filled the land with hope and happiness and flowed among the creatures that lived here. Among the dense forests and tall valley peaks were the Waylen, the name given to the creatures that inhabited the land.

The Waylen are classified as a set of species that range in many different forms including fairies, centaurs, dragons, and many other "mythical" creatures. They are protected by the guardians of the land called The Aperen which is a sort of troop composed of the strongest Waylen species, the Spirits. These creatures take the form of wolves and despite their beauty can inflict immense harm physically and spiritually.

Aperen are tasked with the protection of ArenDex from the realm just outside called Demolin, translated as "The Land of Demons". This land is just as it sounds, full or horrible creatures and spirits abandoned to the physical realm after a long ago battle between the ancestor Aperen, ArenDem, who created this world, and Demolek The Destroyer, lord of the demon world. The battle is known as the Great Creation due to the fact that ArenDem and Demolek's feud caused the creation of the entire world. All their anger and hatred fell into Demolix and the passion and hope fell into ArenDex.

After the feud ArenDem chose to split herself into millions of smaller spirits, the Aperen, to protect her land and her creations from the demons of Demolek. These creatures are their own personalities and have their own lives but the maintain a higher connection with the deity ArenDem that no other Waylen share.

Many years have passed since this time of grace and nothing of great history has happened in the land, until now. A virus known throughout the land as The Aspen Sickness has been overtaking the Aperen causing their minds to go blank and lose all connection with the deity ArenDem and therefore leaving them mindless drones of self will. The virus is now spreading rapidly and the demons are threatening the realm of Arendex on all sides as the mindless Aperen leave their eternal posts and leave the gates of Demolix essentially wide open.

Will the Waylen find a way to stop the virus and save ArenDex? Or will the darkness overtake the world they love?

1. There are no humans in this realm so please don't try and convince me to let you be one!

2. You can choose to be an immune Aperen or a creature of the Waylen but demons are strictly forbidden as characters, they are mindless killers guys, not really much to play with anyways.

3. You can't kill someone's character without asking or having my permission first, I might want to use them somehow in the plot later or what not.

4. This is a pretty open plot so feel free to use your imagination on plot twists and stuff but just try to stick to the relative theme. Death, doom, despair, can we ever find hope? You know, that kind of thing.

5. Please let me know if you have to drop out before you go because I will have to replace your character.

6. If you read the rules please put Save ArenDex at the bottom of you CS

7. You can play up to three characters but please keep up with all of them

8. DO NOT POST ONE SENTENCE! At least one paragraph per post is asked and feel free to use pictures as well

9. Have fun! be a little out there and if you would like to try a major plot twist jut PM me and we can chat about it


Name:
Age: (up to 500 yrs)
Sex:
Color:
Appearance: (Picture or description)
Personality:
History:
Mate: (if any)
Skills:
Other:

Name:
Species:
Sex:
Age: (up to 500 yrs)
Appearance: (Picture or description)
Personality:
History:
Mate: (if any)
Skills:
Weapon: (if applicable)
Other:

Personality: Tam'lon is mysterious and quiet. Not much comes out of her mouth but when it does it is usually strange and seems out of place in the current conversation although it is completely relevant. She is very stubborn at her post and is a fierce guard of her beloved home ArenDex.
History: Born into her post she was trained profusely by her mother who was tragically lost in a battle with a demon long ago. After losing her mother Tam'lon lost a bit of her connection with ArenDem for a few years but slowly regained her faith in the great deity. Now she is one of the strongest Aperen in the guard.
Mate: (if any) none
Skills: She is very fast an quick witted. She has a very sharp mind and is able to problem solve.
Other: N/A 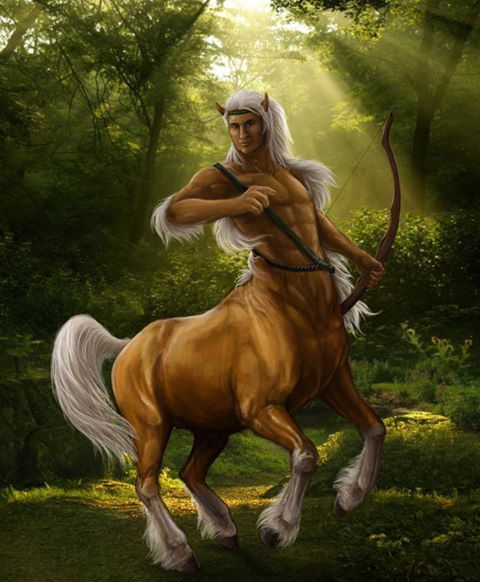 Personality: Keeren is a tough and sturdy male centaur with a stubborn head. He does have a big heart though and that causes him to be very loyal to his friends and his homeland. he can let his temper get the best of him but usually can keep it under control.
History: Born into a normal ArenDex herd of centaurs he was given the name Keeren which translates to "strong one". He was born witch uncharacteristic light fur as opposed to the normal dark furred centaurs. he was never trained to fight or protect anything but he has a natural instinct to do so. After the virus began overtaking the valley he stepped up among the centaurs and became sort of a leader among them, they all look to him for orders and how to act in this difficult time.
Mate: N/A
Skills: Keeren is very physically strong and is able to lift nearly twice his weight.
Weapon: N/A
Other: Keeren has knowledge of the demon land as passed down from his ancestors and is therefore valuable in the search for a cure for the virus as it has been rumored to be hidden deep in enemy territory.
Last edited: Oct 6, 2015
T

<>Name: Minerva Vaughn
<>Species: Fae
<>Sex: Female
<>Age: (up to 500 yrs): 245
<>Appearance: (Picture or description): Her eyes glow blue, so brightly that she can't hide herself unless her eyes are nearly closed. As she approaches Final Song, her eyes dim. Basically, their brightness depends on how her power is being used; if one is quick enough, they can almost guess an attack before it happens, but it's nearly impossible.

<>Personality: Minerva is a generally shy person; were life a party, she'd be a wall-hugger. She is awkward socially and may come off as rude, although she does hold considerations for the feelings of others. Insults usually fall flat with her, and she finds herself confused at how to respond; insult a friend, and she'll shoot back at you, albeit clumsily, probably making a fool of herself. Despite her social shortcomings, Minerva is confident, almost arrogantly so. In battle, due to the magic she wields, she becomes extremely cold (literally and socially, heh) and even more arrogant.
<>History: Minerva hasn't done much for most of her life, mostly sitting around, drawing, flying around, and relaxing, as well as honing her skills. The threat of demons invading on the horizon has caught her attention.
<>Mate: (if any) None.
<>Skills:
-Essence of Frost: Minerva's base magic type is frost and such (I guess you could call it ice, but it focuses more on lowering the temperature to have disastrous effects over actually creating simple ice. The change is so quick, though, it's hardly noticed). She is extremely dangerous with this magic, and an ability she calls Final Song can freeze a huge area around her in moments. As she uses more of her power in the area around her, her eyes will dim; when defending herself by part of her body, her eyes will brighten, as her power is focused more inwards.
-Hand to hand combat: Minerva is a master at hand-to-hand combat, and Frozen Hymn only makes her that more dangerous. Her movements are often random and unreadable; the only constant is trying to bloody her claw, and sometimes she's not even doing that. She always keeps Frozen Hymn hidden for as long as possible.
-Staff work: Minerva's base weapon SEEMS to be her staff; it's really not, but regardless, she has put quite an amount of work on her technique with it.
-Flying: Minerva has mastered flying to the point that it seems, sometimes, she might just be standing on air.
<>Weapon: Frozen Hymn: A simple gauntlet with claws at the tip. It's always cold no matter how long it's been in the sun. Minerva mostly hides it between her black travel cloak; if not, then one of her wings (she has black feathered wings as seen in the picture) curls around her left side to hide it. The more undried blood is touching this metal, the closer Minerva comes to Final Song, and the more her temperature and the temperature around her lowers until her opponent is most likely frozen to death. The drawback is that the blood will sometimes freeze fairly quickly, so Minerva has to keep up her attacks, unless she wants to hold Final Song back. She can also create a staff out of ice, which she only wields with one hand; the top of the staff resembles a Celtic cross, with the ends coming to a dangerous point.
<>Other: If she's pissed, don't touch her; it'll feel like you've just dipped your hand in the sun (no actual damage will be done, just intense pain, from her body becoming so cold).

If there's anything in here you want changed, I will fix it, depending on what it is. If it's a core part of the character and you absolutely want it gone, I'll just have to fall back on one of my other characters.
T

Oh, here's a picture of Frozen Hymn, it's supposed to be silver though. If you've played FFVII you'll know where it's from XD