Are you the one??

We live in a world with eight castes, depending on one's social and economic status. Ones are the Royal family and most desirable, with Eights being the lowest and poorest. Every eligible girl no matter caste recently received a notice stating that the prince of Illéa, (a futuristic United States) will be holding the Selection, a competition for the prince's hand and the crown of the princess. 16 girls will be chosen in a sort of lottery, but only one will win the prince and the crown will it be you?

2- Nobles and politicians. The very wealthy elite they usually look down on any person who is below a 3. They lavish in the gifts and favors of the royal family. They are able to control the element of fire.

3- Wealthy businessmen and entertainers. Those that have made a name for themselves in some sort of industry. They can control the element of Air.

4- Farmers and shop owners. Usually middle class. They can control the element of Earth

5- Entertainers, Artists, Dancers. They usually make just enough to feed their families. They are able to control the element of water.

6- Road workers, city workers Do not posses any magic

7- Servants , Maids, launderers. Also do not posses any magic

8- The homeless. Also do not posses any magic

*This is generally true unless someone marries up or down from their cast then you have children who are born with one of their parents powers.


The Rules
​
1) I am supreme ruler of this thread... what I say goes. I will have a few moderators to help me out since I am pretty busy. I will announce them at a later date.

2) No God Modding please it's just not very nice.

3) Romance is strictly fade to black as we may have some players of various ages and no one wants to get into trouble.

4)Please post at least once a week I understand we are all busy, but no one wants to wait a month for a response plus it pauses the story for the rest of us.

5) At least on paragraph it's quality over quantity but no one can reply to most one-liners come on people five sentences aren't hard to come up with.

6) I will be making an OCC Thread so keep all OCC talk in that thread please.

* we can add more characters such as guards and maids when we fill these up.

** Can Change the description and put on of your choice is you so choose​
Last edited by a moderator: Oct 30, 2015
L 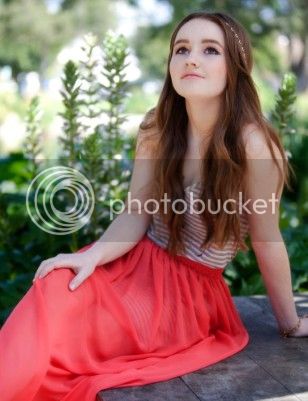 ​
Clarissa nervously smoothed down the skirt of her most appropriate dress. It was a white sundress one of the only dresses she owned that wasn’t a stage costume. That made clary feel awfully self-conscious as she got ready earlier today. “What if the official takes one looks at me and walks right out.” She grumbled to her little sister Melanie who sat on Clarissa’s little twin sized. Clary was looking at herself in the mirror. “Your overreacting Clary you look beautiful.” Clarissa rolled at her eyes at her younger sister. She had just pushed a lock of her red hair behind her ear when her mother called up the stairs to her. “Clarissa the officials here.” With a sigh and one last look in the mirror Clary left her room and headed down to the living room.

Clarissa and her family were fives, so when her name was announced that Friday on the Capital Report it shocked them all. Clary sat quietly as everyone got settled in their seats. Her parents took the couch and the official sat in the armchair that was directly across from her chair. He was here to inform her of what she could expect and what was to be expected of her. “Before we get into all the details I would like to go over all the forms that I need you parents to sign then we will move on to you.” Still in a bit of shock to be chosen Clarissa just nodded it was as if she had forgotten how to speak. Clary looked over at her parents, her mother was beaming with joy while her father wore a sad smile on his face. Out of all his children Clarissa was the one he was closest to and didn’t like the thought of losing her. The adults began to speak and Clary began to reflect on the past few weeks.

A few weeks ago Clarissa was a typical seventeen year old five. Then the selection was announced and every eligible girl and her mother went crazy. Friends were suddenly enemies and mothers began to fight about whose daughter would be chosen. Clary on the other hand didn’t really think much of it, she wasn’t planning on submitting her name. Clarissa remembered the day she told her mother she wasn’t going to enter. Clary’s mother grew livid and swore she would never speak to her again. Her family had fallen on hard times. Clarissa’s fathers paintings weren’t selling like they use to and her mother hadn’t been booking that many shows. So the compensation from the contest would really help out her family. Clary wasn’t trying to be selfish it was just that her heart already belonged to someone else.
Clary was in love with Leo. He was a young man who lived in her neighborhood and had an apprenticeship with her father. Leo was an aspiring artist who was a fairly good painter but preferred sculpting. Clary and Leo had spent many late nights talking when he worked late cleaning the studio or helping her father finish a piece. The time came when Leo thought he learned all he could from Clarissa’s father and chose to find another apprenticeship with a prominent sculptor. It broke Clary’s heart to see him leave but it worked out perfectly for her family because they could no longer afford to pay him. Clary was happy when Leo continued to visit the family every chance he had. She was sure he would be asking for her hand soon. That was until the dreadful night that he had come over to announce his engagement to the daughter of the sculptor his was working under. Clarissa was crushed it took all her will power to not just crumble and weep right on the spot. The news of Leo’s engagement spread like wild fire and soon it was all anyone was talking about. It became too overwhelming and Clary just needed to escape.

“Now Miss Singer her comes the information that concerns you.” Clarissa was snapped into the present by the voice of the official. He waited for Clary to nod to make sure she was paying attention. “This is going to sound a bit harsh, but as of last Friday you are now considered property of Illea.” It took all of Clarissa’s self-control to suppress a snort. Clary was a person not a chunk of land or an object, being considered property was a bit degrading. It truly made her second guess whether or not to go through with the selection. “You must now take care of your body from here on out. Any failure to comply on you part will result in your immediate removal from the selection. Do you understand?” “Yes.” Clarissa said shrinking further into the chair. She was becoming even more unsure of her decision to enter the selection. “Good let’s start with the easier questions, since you’re a five, I’ll assume nutrition isn’t your highest priority, so these are vitamins. You are to take one every day.” The official said sliding a bottle of pills over to her. “Moving on…” He shifted uncomfortably before continuing. “Now, I know this is personal, but I’ve had and will have this conversation with every contestant so don’t be shy. I need conformation that you are in fact a virgin.” The mood in the room grew awkward and Clarissa’s face began to take on a light blush. Clary peered over at her parents, her mother looked shocked and her father looked like he would rather be anywhere but here. “Are you serious?” Clarissa asked embarrassment coating every word. Having sex before marriage had been outlawed when they created the selection. They wanted to make sure the health of Prince wouldn’t be compromised during the competition. “I know the law Sir, of course I am.” The official cleared his throat before continuing. “Very well I need you to sign the confirming your statement.” Clary quickly signed the form and handed it back to the official. “Now for the rules… They are very straight forward. If you have any questions just speak up.” Clarissa just nodded. “Very well rule…

1) You cannot leave the palace on you own accord. The Prince has to be the one to dismiss you. The King and Queen have no authority over this matter. They can make their opinion known but ultimately it’s the Prince’s decision.
2) There is no timeline for the Selection. It can be over in a matter of days or stretch into years.

Years!! Clary thought trying to keep the look of horror from her face. She hoped the process didn’t take years.

3) You do not arrange your time with the Prince. He will seek you out. If you are in a large social setting that is different. You are not allowed to privately approach him without invitation.
4) While no one expects you to get along with the other girls, you are not to fight or sabotage them. If you are found laying hands on another contestant, causing her stress, stealing from her, or doing anything that might diminish her personal relationship with the Prince, it is up to him whether to dismiss you or not.
5) Your only romantic relationship will be with the Prince. If you are found writing love notes to someone here or are caught in another relationship with another person in the palace that is considered treason and is punishable by death.
6) If you are found breaking any of Illea’s written laws, you will receive the punishment tied to that offense. Being one of the selected doesn’t make you above the law.
7) You must not wear any clothes or eat any food that is not provided for you by the palace.
8) On Friday’s you will be present for all Capital Report Broadcast. On occasion but always with warning, there will be cameras or photographers in the palace and you will be courteous and allow them to see your lifestyle with the Prince.
9) For each week you stay at the palace your family will be compensated. I will hand you your first check before I leave today.
10) Should you not stay at the palace, an aid will assist you with final preparations before you leave the palace. They will also help you seek new housing and employment afterward.

The official closed his folder and looked over at Clarissa. “If you become part of the Elite you will have another discussion like this one about what that means by the palace official.” He set his hands in his lap before continuing. “From this moment on your status is a three.” Clary nearly spit out the drink of water she had just taken. “Your family remains fives but you are now a three.” Clarissa just nodded not knowing what to say. “Very well Congrats on being chosen and good luck.” They all stood and her parents showed the official out while Clary fell back into her chair trying to wrap her head around all the information she had been given today.