Anyone wants to do a long lasting rp?

I'm thinking of doing a male x female roleplay with someone;
- best friends
- brother and sister
- father and daughter
- mother and son
- teacher and student
or whatever else; the only thing I can say is that I intend for this to be a long ongoing rp so we can develop a plot together.

This is more for those who would prefer a plot > sex rp as opposed to a sex > plot rp. The point of the rp is that one of the characters is in the least sexually attracted to the other, however, whether or not the two characters light the spark is up to the roleplayers.

I also don't mind working with anyone who would prefer to develop a plot and write it out first or working with someone who prefers to write and come up with the plot as they go along.

Please post here or pm me about whether or not you would be up to roleplaying any of these scenarios, however, once I have done one rp scenario with someone, I will not be doing the same scenario twice.

All the scenarios I have listed above are taken, but if you want to rp with me with a different scenario, please just post here or PM me :))
Last edited: Jul 10, 2015
F

Hi I was interested in doing the best friend one but I was wondering if it was okay if I played the female in it? (I really suck at playing dominant characters)

Sure @FragileHuman, just send me a PM and we can go over the plot and characters :)
F 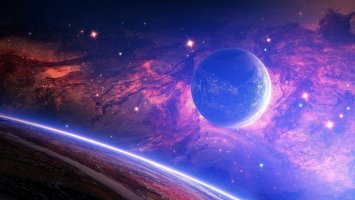 It's a shame I came here too late now that all the plots are taken, maybe we can make one?

Online Availability
What is time? How can time be real, if our eyes aren't real?

Genres
I can't say. It's like picking a favorite child.

Zero said:
It's a shame I came here too late now that all the plots are taken, maybe we can make one?
Click to expand...

Are there any other plots you had in mind?

Zero said:
It's a shame I came here too late now that all the plots are taken, maybe we can make one?
Click to expand...

Yeahh absolutely, just pm me with your ideas -- and sorry I replied so late, my schedule has been crazy busy recently :L

Are there any other plots you had in mind?
Click to expand...