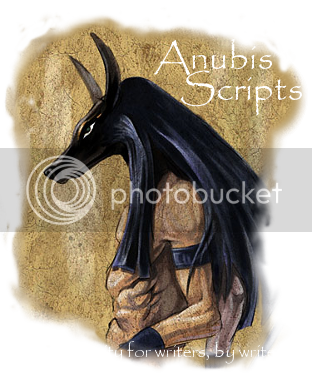 The site I’m about to tell you about isn’t just multi-genre. True, we have general areas of fantasy, historic, horror, and more, available for our members to enjoy, but we also have three original worlds that allow our members to delve into three very different genres, dedicating themselves to one favorite world without having to sift through a site full of areas of play to get what they’re looking for.

THE FIRST original world is Sabine, revolving around elemental magic springing forth from gods who greedily descended upon the world to ravage the women it held, passing down their magic into the children they sired. After years of suffering the rape of their women, those who held within their souls power over eight essential elements rose up against the gods, and killed them.

But it doesn’t end there. Those that were blessed with power began to see themselves as gods, as well, and oppressed the non-magical humans around them, enslaving them beneath a despotic regime. That is, until some of their own rose up against them in civil war, freeing many humans and fleeing into the wilderness where a safe home is carved out for them from the very bowels of the earth itself.

Now, hundreds of years later, the despotic regime and rebel forces engage in epic battles and subterfuge in the attempt to eliminate the enemy. Full of elegant courts, sabotage, and traitors within once close-knit families, Sabine is a world of intrigue, betrayal, and a fragile hope for peace that begs the answer to one question: Who will rise in victory over the enemy?

THE SECOND original world is Salvagard, Land of the Snow Wolves. At the creation of this world, the gods brought forth many races to populate the world alongside humanity. One such were the shape-shifters, groups of humanoid people who could at will change into a specific animal form. However, most humans thought of them as little more than beasts to be slaughtered. The hunt continued for many years until attitudes changed and man began to focus on killing themselves rather than outsiders.

Of all the breeds the most populous to remain were the Wolf kin, known as werewolves to humans. After a time fear and death, the pack instinct of the werewolves led them to be drawn together, seeking out one another as a means of survival. The Wolf kin became strong, fierce, and battled humanity for their own survival. It was not long, however, before humanity, in its vast numbers, overwhelmed the Wolf kin, forcing the werewolves to flee the land, or face extinction.

The long march of the Wolf kin’s exodus was fraught with peril, many dying from exposure and starvation, until the small force that was left stumbled upon a land covered in ice and snow, full of snarling trolls and fire-breathing salamanders. After thousands of years of forging out their livelihoods from unforgiving snow, the inhabitants of Salvagard must now fight each other as brother steals from brother, and the royal hierarchy which was once the righteous backbone of their society crumbles beneath mad kings and vacant princes.

THE THIRD world revolves around a whimsical steampunk universe wherein a goddess, full of purity and benevolence, created a world that showed the true purity of her heart, where humans, full of the magic granted to them, lived without evil for many years. Unbeknownst to the goddess, however, her brother, spiteful and full of mischief, placed a seed of darkness within the land that slowly infected the humans who inhabited it. Saddened by this, tears fell from the goddess’ eyes, which formed a new race to purify the evil from the land.

Soon, man forgot the wisdom of the goddess and the magic within them, turning instead toward mechanical technologies they control. Now, region wars with region, while countries invade their neighbors. Sky pirates raid the coffers of the rich and languish in their spoils, while murderers and thieves move away from shadowy alleyways into the very homes of the citizens.

Brimming with intrigue and adventure, closed off from the ancient magic that created it, the world Altheria puts its faith in the mechanical creations technology has birthed… but at what cost?

OVERALL, Anubis Scripts is a roleplaying community for writers, by writers, with the mission to provide a fun environment where members can grow with, and learn from each other, as well as to be a place where lovely writers can come and explore the possibilities, push their own boundaries, and perhaps even discover something along the way. We offer no word counts, and although we ask for at least one paragraph, we do not go around chasing our members with wooden spoons demanding it. The staff is very active, and very open to new concepts that can help make our community a more enjoyable place for all members. We are accepting of mature writing, including slash/LGBT characters, and request only small character applications for our members to play the original worlds.

The members of Anubis Scripts welcome you to explore our site and talk with us in the chat located at the top of the index page, and make yourself at home as the newest member of our brand new intimate community at http://anubisscripts.distant-fantasies.net​
Show hidden low quality content
You must log in or register to reply here.
Share:
Reddit Pinterest Tumblr WhatsApp Email Share Link
Top Bottom