An RP about Humans and A.I. 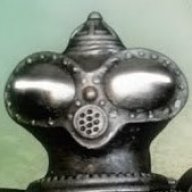 Essentially a dystopian world in which robots live among humans. I still need a plot, but I have a setting figured out.

A nuclear scuffle occurred in 2045, and humanity was lucky enough to not be destroyed. However, a few bombs that were shot down in the atmosphere ruined the internet, and the robots that were once controlled by transmissions find themselves free.

(Biotech is a synthetic material of artificially made tissue that can form flesh, bone, and muscle. It requires a nutrient paste in lieu of blood. Said paste is either clear or grey, depending on how much nutients are in it. It has to be replaced once a week. It is weaker than Irontech, but can self repair.)

(Irontech simply refers to machinery as it is now, electricity and metal and wires. It is marvellously strong, but is unappealing to the eye and can not self repair.)

(Robotics can be either exposed or covered with synthetic skin. Synthetic skin is similar to Biotech, but only requires nutrient paste to regenerate.)