Original poster
Why am I doing this…? That’s the question I ask myself everytime I walk to my boyfriend’s house. Yes, I have a boyfriend. Yes, I know. I’m surprised too... I’m not the prettiest person in the world, after all. At least, not in my opinion.
I remember how he told me how beautiful I was… how much he loved me. How he wanted to make me happy, take me to places. Sometimes he even talked about marriage… even though he is 25 and I’m still 17.
Yes, I know he is older… I met him through a Whatsapp group conversation my friend put me in. He seemed interesting and very funny. So I thought I’d give it a go. We were shy at first… But soon we were talking every day, about anything and everything. He was the sweetest guy I ever met…
It was after two months his father died in a tragic car accident. He got very depressed and started harming himself… He also took pills, drank too much alcohol…
I was so worried about him… I loved him so much, I couldn’t lose him.
It was when he told me he wanted to suicide that I moved in with him. I know… I’m too young. But I couldn’t lose him.
He stopped doing damage to himself… at first. Later I became his victim. With that I mean three months ago. It was then that he slapped and kicked me because he thought I was cheating on him with his best friend.
He said he was sorry… but the abusing continued. My whole body is covered with bruises, scars and burns. Yes, he likes to burn me with his sigaret.
So why am I staying with him? It’s cliche to say you don’t know what it’s like… but it’s true. Sometimes he is truly nice to me… He cuddles me and kisses me, tells me how precious I am. He has just lost someone that’s very dear to him, that’s all…
Right?
I sighed as I arrived at our small house. I could see him sitting in the living room, watching TV. He doesn’t seem very angry anymore… He was very angry in the morning because I had put a password on my phone. I just can’t stand it how he looks through my messages everytime I leave it somewhere… He doesn’t even allow me to use his.
I pull out my keys and walk in, closing the door behind me, “I’m home…” 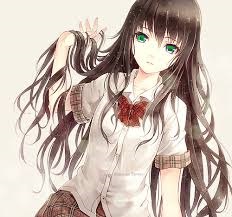