All Original Superhero Search​
Everyone who is into Superheroes has at least once wanted to make and play out their own superhero and even a villain. I've attempted this once before, but that didn't exactly go over well. So, I'm attempting it all over again! This time, I'm taking a somewhat different approach. We all know Batman, and Superman, and Spiderman, and Wonderwoman. But, nobody knows what you have in your head. I want all of us to take the mind of comic series creators, writing scripts and characters for monthly comic book series. 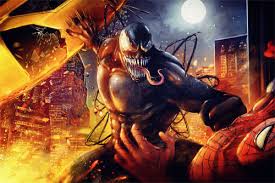 These series can be short runs, or long running. I don't do this very often, but for all OnexOne partners, the story will be all about YOU! Normally I try and balance it between the two of us, but this is your origin story, and your adventures. Sure, I'll carry in my characters and such, but it's mainly you. I'm also searching for a group roleplay or two, but also a bunch of OneXOnes. These series can have everything from action, to romance, to comedy elements, as long as they follow the themes of Superheroes and fighting crime. I'm looking for partners who can write atleast five sentences, minimum, and who are able to play NPCs and maybe even multiple characters.

Basically, I have a few things. One, I really want to play "secondary" and play the villains and side characters in your own personal story. Two, a crossover between your character and mine (Probably going to use my main, Nightwatcher) and see where it leads. And third, my story and you playing "secondary". I don't mind playing multiple requests with multiple players. Just know; all these stories we play will be added up to make one big timeline and help to develop our own little world. For groups, I was thinking we could either have just one big crossover for a major event, or we could do the forming of, and then the adventures of, a city wide (which turns into a world wide) superhero association, such as X-Men or Justice League. Also, smaller groups could work with playing out small Superhero teams, like the Fantastic Four or the Guardians of the Galaxy. There is a blank canvas full of possibility out there. It's just up to us to fill it out.
Show hidden low quality content