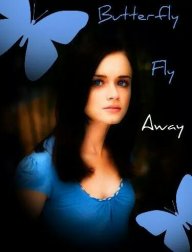 Imagine yourself just becoming a full fledged alchemist, going through rigorous training and now becoming a State Alchemist. Now making into the ranks of the Military, you now have the responsibility of being able to heed the call whenever there is trouble, and also having to listen to the ranking officers.

Now, before you all decide you want to make a character, I do suggest on doubling up on characters, so I also need all main character roles to be filled.

Anyways, here is the character sheet you need to fill out if you wanted to be a created character.

Alchemic Power(What can your character do?):

can I do Riza Hawkeye and an oc?
Here is what she is

[BCOLOR=#000000]Alchemic Power[/BCOLOR][BCOLOR=#000000]: works a lot with water and has similar talents to Isaac McDougal. She specializes in ice. In her younger years, she would make art out of it. She can make some statues it so realistic or tricky to the eye, she got the name Illusionist as a kid. And it stuck. But she can use her alchemy on most anything.[/BCOLOR]

[BCOLOR=#000000]Weaknesses: paperwork, sitting still for too long, people teasing her for different reasons (whether it's play or not, she hates it)[/BCOLOR]

[BCOLOR=#000000]History: Cecilia grew in Amestris, but was close to Ishval. The border (and the war) was a quick ride or a brisk jog away. She was adopted at a young age by her family, who was distantly related to Shou Tucker. Cecilias's family moved closer to central, where all the jobs were. All of her life, water alchemy came to her almost by nature. She studied it as soon as she could read. She had met Nina Tucker as a baby. Occasionally Cecilia would stop by with a bowl of water and make an ice statue for her. Nina loved that. Before tragedy struck, Cecilia had not visited for three months and was intent on seeing Nina. She had saw that Shou was taking care of Ed and Al. She smiled when she saw Nina playing with them and her dog, and left an ice sculpture by the gate one last time. Then, she had heard rumors about the a Tuckers and their death. She snooped around a bit, and found that Nina was no longer there. When Cecilia found her grave, she left another sculpture, and swore she would come back once a year to do so.[/BCOLOR]
By this point, Cecilia was moving out of her parent's house, and had started a small alchemy shop to help people out that way. For a year or two, She would do odd jobs and whatever else came into her tiny shop, including major problems. One had gotten the attention of the military. Then one day, military officials entered her shop, offering her the chance to take the aptitude test. She agreed to it, in hopes to find out what had happened to Nina. She took it, and was accepted. Though she didn't do as good a job on her written exam (bleh, paperwork), she proved she knew what she was doing physically. She had found out soon enough what had happened. But that did not stop her work. She found that with her new, military granted power, she could help people more efficiently.

[BCOLOR=#000000]Other Info: she likes to keep a small book of the alchemy symbols in case she forgets what she needs. [/BCOLOR]

Please tell me if anything is wrOng or needs changed, I can do that easily ^-^
Show hidden low quality content