Original poster
So to keep separate and for ease of use from the main page all technical stuff is going to go here. Now of course it being on the realm of imagination somethings can't exactly be explained in a scientific manner that makes sense let alone would work in the real world... that is why it is science fiction and not science tomorrow.

So first up I want to cover is the RP's titular craft, the Durandal.

The Durandal is a new way of thinking for Humanity's star navy, but not a new concept. Prior to the second world war, the Washington Naval Accords placed limits on the hull sizes of ships in an effort to promote peace by limiting the production and amount of line ships a nation could have. To work around this after he found he could disregard the sanctions placed on his country following the first world war, Adolf Hitler began building 'pocket' battleships. They were built as heavy cruisers but were outfitted with arms and equipment that was only seen on battleships at the time. With larger guns and better armor than other ship's its size they caused the British Navy much grief as they harassed shipping rather successfully, eliminating entire convoys before disappearing again.

As such the Durandal is classified as a pocket warship, instead of being a cruiser with blattleship armaments she was created to be a hybrid of a battle cruiser and an escort carrier. She maintains two squadrons of transformable fighter/mecha as well as a host of weaponry. Also, following the new doctrine of the star navy she is outfitted with energy shields to act as her primary defensive screens rather than the older idea of heavier armor.

Weaponry wise she is a technological marvel in comparison to the other ships in the fleet. While they relied primarily on a spinal mount supported by missiles and a laser based point defense system, she reverses the two utilizing a spinal mount and energy weapon mounts as primary weapon systems. Missiles are still carried, but used either for point defense or as a tertiary weapon system.

The ship has standard drive and engine systems, the same as those used on the rest of the fleet. It is thought though that this might change during her first dry dock trip, as the Navy is attempting to find a replacement for the older drive cores to go with the newness of the ship. Obviously if this were to happen, the crew would be off ship for some time.

The power plant driving the ship is still in the testing phases, but is the reason behind the change in doctrine. The Daedalus type power plant provides so much energy compared to the older Helios and Beowulf models that it became ideal to power a ship with that used technologies that were thought to be far future. Multiple testings were done on the ship, and the drive was confirmed to be safe even in simulated combat. Seeing as it came out during a time of peace however simulated was the best they could hope for.

Hanger facilities consist of two bays one either side of the main gun. Each bay has a pair of launch ports from which the fighter complement can deploy via fixed wing or in mecha mode as necessary. In case of equipment needing to be transferred from one bay to another, there is a access corridor that runs under the main gun's systems which connects the two bays. The Durandal carries two squadrons of fighters for regular combat duties, for a total of 24 fighters. A twenty fifth is carried for an unclear purpose, supposedly for testing as it does not fit the profiles of the other fighters.

The Durandal is large enough of a ship that it cannot enter an atmosphere. As such it carries a complement of shuttle craft for ferrying personal to the surface of planets as necessary along with ship to ship transfers of personnel. Additionally the shuttles are used during boarding actions. The ship's four shuttle craft are kept in the hangers with the fighters. The ship however is large enough to skim the upper layers of an atmosphere whether to shurg off chase from larger craft or to refuel in an emergency.

As one of the new systems being tested out on the Durandal, a ship board AI is present. As 'she' is not completely autonomous, the artificial intelligence on board the ship is meant to act as an aide to the crew members and not a replacement. Holographic projectors and wireless signals abuzz, she can appear in any portion of the ship and is also linked to the ship's small craft.

As with all warships recreation area for the rest and relaxation of the crew come standard for use during times between ports. The Durandal is no differant, outfitted with a common recreation room, arcade, simulators, and gym facilities.

And for picture Reference:

The only major differences is that the bridge on the Durandal is not mounted on a neck like with this ship. Also there are more turrets for the lighter weapon mounts.

Original poster
Well as I stated oh so long ago, I'd get posting more shortly. Well I've dragged my feet and finnally got here. So next up I am introducing the fighters used by humanity.

The Housecarl is the first generation of a new type of craft designed by Strategic Solutions Industries, a leading arms corperation. It bridges the gap between star fighter and mecha with the ability to transform between the two and operate in space as well as a planet's atmosphere.

The Housecarl idea came about in the wake of the first war with the aliens behind the Grayson wormhole. The first deployment of mecha occured during this conflict, replacing tanks which were getting boged down by alien defenses specifically geared towards limiting the mobility of heavy vehicles.

After the war it was decided to try and merge the aging SF/A-17 "Pheonix" starfighter line with the Type 1 Mecha. Both systems were costly in production and combining the two into one system was seen as financially beneficial. Several companies competed for the contract rights and the Housecarl model was chosen after a series of trials. By the end of the trials however the Type 1 Mecha had been phased almost completely out, a second generation with a control layout similar to what would end up in the Housecarl being used.

The fighter is relativly easy to operate in either mode, controls being very similar and patterned after those of the Pheonix starfighter while being altered slightly for ease of use while in mecha configuration.

Armament wise the Housecarl has it's roots in that of a fighter with a few changes, implementing newer technology. It has four swivelling under-wing pylon hard points, four light hard points on the belly, two twenty-five millimeter beam gunpods mounted along the underside of the neck of the plane ( the mecha head is located there and they are attached to it), and a sixty millimeter beam gunpod located on a belly mount (doubling as the primary armament while in mecha configuration). Weapon mounts for the under wing pylons usually carry missiles but can also carry bombs, electronic warfare equipment, or jump packets and drop tanks/pods.

The Housecarl is also outfitted with a fusion based power plant and drive system, offering a nearly unlimited run time. Constantly running it is expected however for the system to fail after a year, in order to combat this the craft must be handed over to a depot once a year to ensure proper maintence on the core. 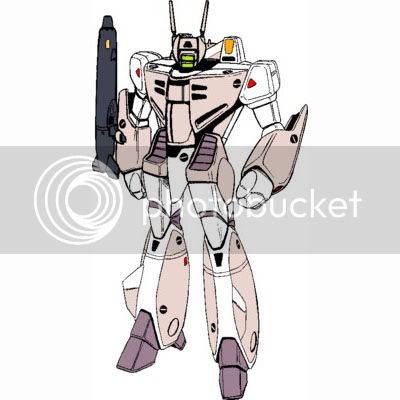 The Pheonix is the last in a line of multirole star fighters, being phased out for the newer SF/M-1 "Housecarl".

While the multirole craft dominated it's field for nearly two decades its limitations and weaknesses began being apearant during the Grayson Conflict as they became quickly outmatched by enemy units of a similar designation. It would go on however to be the basis for the Housecarl.

The main differance between the two fighters is in the armament. The Pheonix is outfitted with a pair of twenty millimeter beam gunpods on swival mounts (allowing for each pod to track and fire at differant targets in a one hundred eighty degree forward arc), six hard points under the wings, and two hard points on the wing tips. The options for equipment that can be carried is the same as those on the Housecarl.

The Pheonix also features an S/VTOL system to assist in take offs and landings. This was however taken off of the Housecarl due to the mecha mode and it's ability to simulate VTOL.

The same powerplant issues that remained unsolved with Housecarl stemed from the Pheonix. Many commanders of craft using the star fighter use yearly maintence requirement as an excuse to have their entire ship placed into dry dock, resulting in a few months of rest and relaxation for the crews.

The Spider is an experimental fighter on board the Durandal. While still in the testing phase it was decided that the Housecarl might not be efficiant enough to go toe to toe with starfighter craft of the Albian League. Several prototypes we brought up with various improvements to that of the Housecarl then deployed on ships within the fleet for testing purposed, one of which found its way onboard the Durandal. It is unkown who the pilot is supposed to be.

While the fighter is signed to the commander, not much is known about it besides that it takes the same reutine maintanence that all Housecarl models do and it's armament seems to be similar. The major differances being that the head cannons are thirty millimeter and an additional two wing mounts. 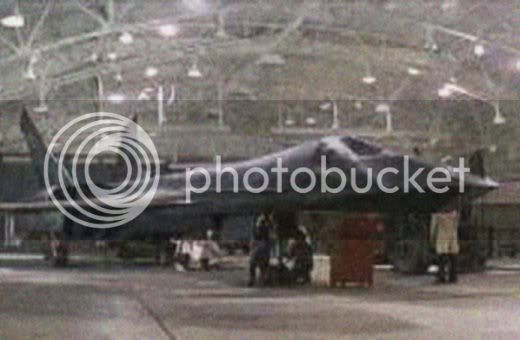 Original poster
Next up we have a break from space craft to answer a few questions and to put up some general other technical data.

The question was posed asking if genetic tweaking and neural interfaces existed. This has been our most divided question to date. The problem we ran into is the level of technology that we want to have. Much like real life when compared to a table top game, something seems like it might work at a certain tech level. For instance in Traveller we could be considered a Tech Level 8 or 9 society (can't remember off the top of my head) but we don't have lasers yet.

As such we tried to look at how would the technology work in the universe for these two items. Genetic modification, Gene Therapy, Eugentics and the like are all something I am going to call as rare. While it does exist between public disdan due to a war not to far back in the time line and the high price behind it it would be rare to see within Solarian space. However evidence of it on a higher end than humanity has been seen in Aliens.

As for neural interfaces, again the technology for it is rather poor. While it exists it is along the same lines as comparing a modern computer to one much smaller and compact but only able to operate MS-DOS. It is simple and crude with limited functionality by comparison to a more traditional computer.

With both items the technology is there however with the costs, risks, and the primative technology levels associated with them the military is not willing adopt the technology for it's own use. That does not stop them from experimenting with it however.
D