Hello, and welcome to my search thread!

I'm currently on my break which means I have a lot of time to respond except on Christmas Day itself and so I'm looking for a couple of partners to roleplay with! Now I am mainly looking for fandom pairings as of now because the romantic side of me that never comes out in real life is begging to burst out in writing and my cravings are currently just fandoms, but later on I might consider adding a few non-fandom plots and pairings.

For now, take a look at the fandom list and pairings and see if anything catches your eye, but be sure to check out the rules as well!

** CURRENT CRAVINGS ARE HARRY POTTER, TWILIGHT AND THE MORTAL INSTRUMENTS **

1] ACTIVENESS. I am fairly active, coming online more than once a day unless I have a very busy day in uni, since I do have classes. I can always shoot out a reply if I'm online and if I can't, I will let you know. Sometimes I am unable to send replies if they are meant to be long but I will still be able to chat OOC so don't think that means I've lost interest or don't want to respond. Likewise, I don't expect you to be online 24/7 but a response a day would be nice, if not once in three days.

2] POST LENGTH. I am pretty adaptable. The only thing I can't handle is anything less than two paragraphs. I like casual and I like detailed so really it's up to my partner, but casual for me is two paragraphs and no less and I expect the same minimum post length from you. Of course, for detailed, I can go on and on, but such responses are usually only sent out once or twice a day. If it's two - three paragraphs, I can send out replies multiple times a day.

3] PAIRINGS. I am a sucker for Canon x OC pairings and usually indulge in only them. I sometimes do Canon x Canon airings as well, for specific fandoms, but I almost never do OC x OC because it just doesn't appeal to me. I love to double and will even do two separate roleplays if we can't agree on one fandom or want to do more than one. I am perfectly fine doing multiple roleplays with one person.

4] CHARACTERS. I love making diverse characters of different races with different personalities, and I love to double. As far as fandoms go I would say it's somewhat a requirement because I enjoy playing a canon fo my partner as well as an OC for the canon that my partner plays. For the pairing where I will play an OC, it will always be a female in an MxF pairing. For the other pairing, where I play a canon for you, I do not mind what pairing it is.

5] PLOTTING. I often feel like my partner is not very interested in the roleplay if they do not pitch in ideas or help me plot and simply answer with one word answers to every suggestion I make. I want someone who's genunely interested in this and who will throw ideas around because this is as much your roleplay as it is mine. Show me your interest and don't just comment here or PM me saying you're interested because that, to me, says that you aren't. Tell me more about yourself, your interests, any ideas you have, your writing style, anything.

6] LIMITS. I have none really, except hat I don't dabble in anything anime related or anything that relates to bathroom play or bestiality. I also will not do smut with anyone below eighteen so keep that in mind. I love romance and I do like smut occasionally in my RPs but only with an 18+ partner. I do not do smut heavy roleplays. There needs to be a plot to it.

BELOW ARETHE ONLY CANON X CANON SHIPS I HAVE/AM WILLING TO DO
[Italics refer to a craving or plot idea, Bold refers to a role preference -- Stars next to a fandom mean I will love you forever if you do it with me]

Thanks for stopping by! 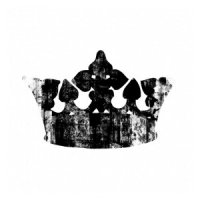 I'd love to do something with either Tony Stark or Jasper Hale! It's up to you whichever. I'd also be willing to double, if you'd be interested.
Reactions: adriana
A

Duchess said:
I'd love to do something with either Tony Stark or Jasper Hale! It's up to you whichever. I'd also be willing to double, if you'd be interested.
Click to expand...

I actually only double with fandoms so yeah that would be ideal. :3 I can play Jasper for you if you can play Edward for me :3
A

Original poster
Hey. Are you still available for a Twilight rp?
R

Original poster
Is that a no? 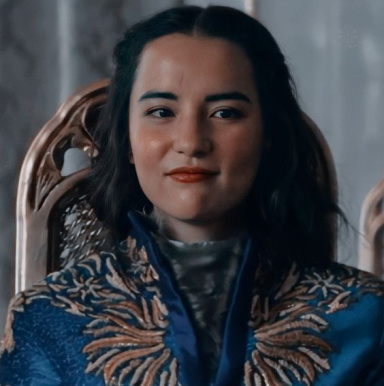 I would love to do a Harry Potter and/or a Twilight thread. PM me if you are interested.
Show hidden low quality content