Academy of the Gifted 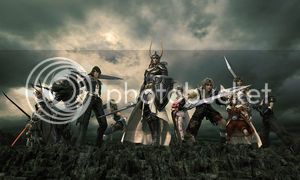 Before this school was created there was a mage, or as the humans say a witch. Well, not just one but two. Sisters with the fate to lead their people to a brighter world after being basked in darkness and death. A prophet had spoken of it their entire lives... what she forgot to mention that only one sister would save their people... the other would be the reason why Sahep was drowned.

Sahep was in a good point in life, bright with promise of new life... when war broke out with the neighboring ogres that had bid their time within the dark and dangerous forests that lay at the edge of Sahep. Always watching, waiting until the moment they were able to overthrow everyone. Not that ogres were smart enough to over throw a high standing realm such at Sahep. No... someone had betrayed Sahep and their goddess, Sealiah. Gathered all the dark entities to his kingdom. Monsters and beasts that parents used to scare their kids straight when they were acting up. The sisters had a life full of work and love but when war came to the lands of Sahep for the first time in hundreds of years, they were forced to watch as their mother was slaughtered along with their entire village. They were the only survivors and while one of them promised to get stronger in order to protect those she cared for... the other resorted to other measures.

Years later when the eldest sister, Anise, was 23 and the youngest, Gwenyth, was 20... things suddenly stopped. They realized that they both wanted two different things. Anise wan't to protect the remaining number of her people while Gwenyth wished for vengeance. The sisters split from there and went their own way. Anise learned both light, neutral and dark spells; training herself until she collapsed. Gwenyth learned everything she could about dark magic while hunting down the one who had done the damage to her life as a 13 year old girl.

It took about 10 years before Gwenyth had gotten revenge and beheaded the warrior who had done wrong by her... after Anise got word of what her sister had done, Gwenyth had already disappeared. Hidden from all magic, eyes and ears. The people of Sahep believed that Gwenyth was the sister meant to protect them but Anise knew better. Something was wrong with her sister. 50 years later, those within Sahep believed things were going to get brighter and that their goddess Sealiah could protect them. Sadly enough gods weren't allowed to interfere with the lives of the mortals. No one had been able to foresee the future when Gwenyth slammed a heavy fist of death and darkness upon Sahep. Her revenge wasn't over.

Sahep would be destroyed and Anise couldn't do a damn thing about it. Not when the only option was to kill the one woman that had her back since day one. Gwenyth the dark caster, so they called her, only needed 3 months before she ran everyone out of Sahep. Destroying everything on the lands and letting beasts from hell roam the place that had previously been her home. Only one instruction lay within their minds... slaughter anyone who's breathing. Anise managed to save hundreds of their people, forcing them to adapt to the world called earth. Where there were more mortals... the difference was that they are blind to what's truly going on.

Gwenyth is trying to find out how Anise had managed to open a portal to their neighboring realm. 100 years on earth and Anise had already began to prepare the future generation. Built a school to help house, train and discipline the younger generation on the history of Sahep. Now 256 years after the beginning of Sahep's fall, Gwen has managed to find little holes in a rip of time that led to earth. Fortunately its only big enough to fit small groups of creatures of the night. Professionally trained monsters in the art of assassination. Gwen knows Anise is the one who had helped everyone so as some sort of punishment, she wants to destroy Earth. Just like she had done within Sahep.


Welcome to Academy of the Gifted, a home that has been around for over 256 years ago. My name is Essylt Anise Saith, headmistress of this enchanting place. Now... you may be wondering why you're receiving this letter. I'm sure you know what you're capable of, a very special student found you and believes you can be a very great asset to this world. Earth... its a mighty place. Filled with all sorts of creatures; either mortal or immortal. Some in plain sight and others hiding within the shadows.

My goal is make sure our people continue to survive like they have been since their homes had been taken and in order to do this, all of you who attend here will be trained. Not any normal training but harshly tested to your breaking point both physically, emotionally and mentally. It is my job to shape you into the fighter that Sahep is looking for. Now... will you fight for everything that has been taken from you or allow our tragedy to follow us into our new world? The decision is up to you or your guardian.

(Yes, there are more gods. I just need to know if anyone is interested before I put the time in for this rp)

Mentors are needed!!! The subjects:

Marksmanship (For rangers)
Combat & strategies (For Warriors)
Magic Trades and Spells (headmistress teaches this; mages)
Rogue 101 (very harsh training, meant only for those who mentally, physically and emotionally push themselves and put up with the abuse)
Prayers of Sealiah (For clerics)

Each of you is tested before you are given a class. The first test is magic. A mage will come in, check to see if your energy carries any sort of magic. Second is testing you physically then on your skills as a marksman. The last test is checking to see how deep your connection with the Goddess Sealiah.

After being put in the class that fits you there will be three separate teams, each given their own assignments. These assignments are missions to go take out a group of monsters that the academy's watchmen have tracked down. Each time a group goes out, there must be at least one mentor going with them. If things go bad the teacher is there to prevent it as well as grade them on how they deal with certain situations.


I'll be filling out everything for the classes if this rp gets enough people for me to make it actually happen. This was an idea I had for a story I was writing a few years ago. Yes, I am open to more ideas!
Last edited: Oct 13, 2015

I am so in for this and love the entirety of it! I would love to reserve a female character for now who will more than likely be a Ranger and or Mage

Possibly a Mentor down the road if they don't fill up..

Looks interesting i'll join. If you need a god I can become one or a mentor
Reactions: Karma200 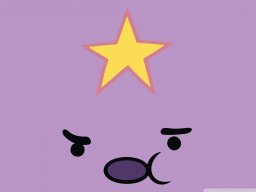 Oooh~ This sounds interesting; would love to be a Ranger! Preferably male
Reactions: Karma200

Shayla said:
I am so in for this and love the entirety of it! I would love to reserve a female character for now who will more than likely be a Ranger and or Mage

Possibly a Mentor down the road if they don't fill up..


Thanks! I had found some documents of my old stories and was like "Wait... I wanna rp this..." a few minor changes but I'm hoping with help from everyone we can add more ideas to it x]


Maximus said:
Looks interesting i'll join. If you need a god I can become one or a mentor
Click to expand...


At the moment I would prefer a mentor; I will be involving the gods later on within the rp, after the students are given enough time to train themselves fully. It will be high possibility a team or two will have to go up against a god. You could play as a god when the time comes, if you wish. Or play as both a mentor and then play as one of the available gods x]

boogified said:
Oooh~ This sounds interesting; would love to be a Ranger! Preferably male
Click to expand...


Cool! I'm loving the interest in this, I thought it was going to be a dud xD

Anyone you know that you think will be interested? @Shayla @boogified @Maximus
C

I'm down for this. May I be a male mage?
Reactions: Karma200

I'll be a female Ranger.

Says I don't have permission to view it @Karma200

Okay, let me know when you fix it.

Wasn't exactly sure where I was supposed to put it but I asked for help at the help desk forum.
C

When will the new Sign up be up? XD