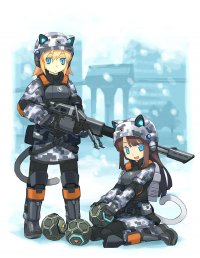 Not sure why but lately i was reminded of an old RP i was in a few years back which had an very interesting premise. But i personally lack some of the self-confidence to make it and then run it >.<

Sci-fi/Fantasy
Nations in space
An Academy where prominent and powerful families sent their children to create political, economical and possibly even future romantical bonds that would further stabilise the political world when these youngsters became old enough to start working or inherit their positions.

The idea if i remember was that characters would have background connections trough earlier contacts, their home nations diplomatical relations, trades, events or tragedies that made them hate or like eachother in different ways and then play that out. AKA lots of work in the OOC when making characters.


Would this be an interesting RP to make ?? OwO
What could make it more interesting or is it a nono??
Show hidden low quality content
You must log in or register to reply here.
Share:
Reddit Pinterest Tumblr WhatsApp Email Link
Top Bottom