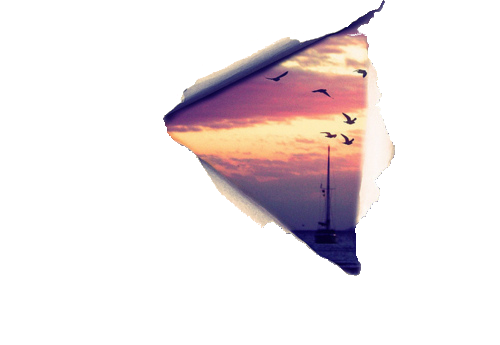 ıllıllı ρℓσт ıllıllı
​
They were just going about their daily lives, headed nowhere and everywhere at once when they stumbled upon each other. It was dismissed by both as a one time meeting. Quaint and sweet, sure, but nothing more. Little did they know that their paths would keep crossing - almost as if they were tied by an invisible but persevering thread.​
​
Chapter 1
tbd

Summer was nearing its end. The heavens opening up and pouring more often than not as of late, similarly the leaves changed and fell. It was beautiful if a bit saddening. Nights were slowly coming earlier, the pink skies commonplace in the rush hour of going home. It was one day just like any other that two men met. A park without any distinctive qualities, simple yet beautiful, held these two very different souls. One would wonder if it was Mother Nature herself who sought to bring the two together as rain forced them both under the shelter of a single gazebo.

"All those who wander are not lost."


​
Some would say only the foolish waste thoughts on "should haves" and "might haves" but one man knew differently. You can only go so far believing every choice you've made was correct before one brings about your own downfall. It was with this in mind that Shikamaru gazed out his window and contemplated the events of the week before. He had been consulted for a case involving the kidnapping of a marine's daughter. They had been successful in rescuing the girl but not without ramifications. She'd been held in captivity for far too long and seen more evil than a child should ever see in their entire life. He knew it was pointless to brood over something that cannot be changed but this regret would fuel his future cases. It was with a heavy heart that he'd accepted the father's gratitude but in the future he wished to face victims families with real smiles.

A particularly large droplet hit his window, jerking him out of his musing. He had plans for the day, nothing special just menial tasks but they had to be done at some point. Shikamaru knew it'd be better to start early since he knew he'd get distracted along the way. It was in his nature. He reluctantly left his post looking out onto the streets below him and began his morning routine. Many sighs and muttered complaints left his lips as he bathed, clothed himself, and made breakfast.

With everything ready, Shikamaru could no longer put off all of the little chores he had been ignoring for so long. It was a wonder how he'd survived so long on his own. He checked his list, reading his notes with a sigh.
​
1. Groceries​
2. Laundry​
3. Bank​
4. Office (papers)​
5. Visit Asuma and Dad​
​
Too many things. He loathed having to actually perform these headache inducing duties. They were a nuisance. The only reason he hadn't hired someone to do all of these things for him was because he cherished his privacy. To have someone so close and knowledgeable about everything from what snacks he prefers to what kind of underwear he wears would be daunting to say the least.

Shikamaru made his way outside. Luckily the rain had let down and he had no need of an umbrella. It'd be tiresome to hold the thing up when he would be carrying many other objects by the end of the day. He observed the familiar surroundings of the streets he had roamed for two years now. Narrow rivulets of water branched along the streets like veins as the clouds above started to dissipate. The trees lining the sidewalk were lighter, fallen leaves collected at their base. If it was beautiful here he could only imagine how alluring the park would be at this time. Shikamaru made his way there ignoring that he'd already let himself be taken off track.

The entrance of the small park beckoned him with its charming signs as he ambled slowly up the path leading to it. He was thinking of heading to the pond. It would be full after the storm last night and the Koi fish could possibly be out. Nodding to himself, Shikamaru made his way there.
​

Sleeping in was an issue the young blonde had to deal with, as rain was hitting the metal roof the blonde pulled his head. It was nine am and realistically time to get up. But not to Naruto. This was his day off work. He was also not on call with the fire department this week either so he could enjoy himself. Withing minutes of pulling the pillow above his head the small orchestra of alarms began to go off once again. His alarm clock was buzzing and his phone was playing his wake up alarm of wind chimes. If it was a work call he would be up right away. Cringing at the noise an orange creature bounced onto his bed and yanked the pillow of his head. "haha okay Kuruma I am up' he mused sitting up turning his alarm clock off and his phone alarm off.

Naruto had a few things to do today. Firstly get up, eat, shower and dress. Then he would be heading to the cemetery to visit his parents. Once a month Naruto would go to the cemetery to see them. Standing up put of bed Naruto went to the kitchen where he ate breakfast while watching the rain fall outside the window of his small apartment. It seemed like it was always raining when he planned to go to see his parents. Sighing gently he ate his meal then dashed off to have a shower and get changed.

Once clean and dressed he looked at his nine tailed fox companion and smiled "I will be back soon" he said heading out the front door with a black umbrella. He held it up as he walked towards the cemetery which was a twenty minute walk away. the fastest route to get there was through the park. It was funny it was only two years ago through a job at work that he found out who his parents were properly. Naruto was an orphan his entire life with no family or so he thought.

Keeping his umbrella up for a while until he noticed the rain subside he carried his folded down umbrella and looked across the park and smiled as he thought about stopping by the pound to see how it was. Sometimes after a heavy rain fall the Koi fish would appear. Sitting by the pound was something young Naruto used to do all the time when all his friends were out with their families. His God father Jiriyah would come sit here with him too. "okay Fish then Mum and Dad" he said softly to himself and arrived at the pound smiling.
Reactions: mingummy
Show hidden low quality content