They were just going about their daily lives, headed nowhere and everywhere at once when they stumbled upon each other. It was dismissed by both as a one time meeting. Quaint and sweet, sure, but nothing more. Little did they know that their paths would keep crossing - almost as if they were tied by an invisible but persevering thread. 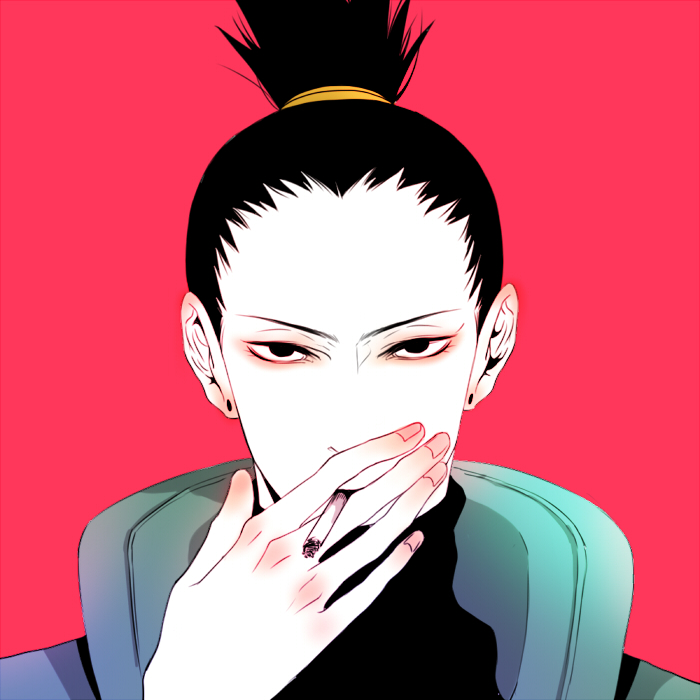 Likes
Gazing at the sky, both during the day and night. ♡
Reading novels from historical to romance. ♡
Strategy games like Shogi or Chess. ♡

Dislikes
Being rushed or kept to a time limit. ✗
Large work loads. ✗
Losing in anything mentally. ✗​


Hobbies ✍
A rather unhealthy hobby that isn't highly recommended, Shikamaru enjoys smoking cigarettes. He's made a game of pulling tricks, blowing rings and the like.

Talents ♕
Skilled at anything that requires sliding into the shadows like hide and seek or manhunt, Shikamaru is good at becoming one with his surroundings. He also has very dexterous fingers and can do many delicate movements that require finesse. His talent with sewing, whittling, and Crokinole is insurmountable.

Inabilities ☣
Shikamaru is horrid with kids or anything excitable. He can't handle loud noises, flashing lights, or extreme smells; it gives his brain too much to compute without any satisfactory release.

Fears ☠
More than anything, Shikamaru is terrified of losing his mind. He fears the day he grows old and starts to lose all the information he's collected and the memories he's made.

Personality
Some people are lazy, they'll linger in bed longer than they should or wait until the last minute to fulfill a task, but they have nothing on Shikamaru. He is Sloth incarnate. His patience is everlasting and he's as calm as a pond on a muggy day. There are times when his emotions spike though, most often from irritation or satisfaction. Shikamaru is easily annoyed by people who nag him or try to change him. When he defeats a puzzle his pleasure is immense, often smirking in triumph. Despite his lethargy he is quick witted and incredibly clever. Only a few have outsmarted him over the years. Two such people were his dad and teacher.

Shikamaru may appear apathetic to most however he cares deeply for his family and friends. He is kind and while he's not the type to go out of his way to help a stranger, he would do it in a roundabout way - complaining the whole way of course. His generosity is great, mostly because he has no interest in materialistic goods or money.

Generally a peaceful sort, there are times when Shikamaru is less than fully functioning. If he doesn't clear out his head, airing the rooms in his mind full of information, he'll crack. He'll get tangled in the web of some unrelenting question like where did the universe begin and end up cycling into depression. Thus came about his habit of meditating whenever possible. He's bored most of time as his immediate surroundings offer no challenges but he does his best to find puzzles in every day life.

Bio
Shikamaru's mother died giving birth to him. It took its toll on his father but he did not let the grief impede his care for his son. They are extremely close, more like friends than parent and child. His younger years were troublesome, his attitude and intelligence intimidating the other kids his age. It wasn't until school that he made friends who he's kept to this day.

A wandering soul, Shikamaru often found adventure through luck alone. He'd pick a direction and walk without purpose or a care for resulting consequences. Some of his favorite places were high up or open and wide, like fields and rooftops. He would lie back and gaze at the sky, thoughtlessly enjoying himself even as his father was back at home worrying he'd find trouble.

When Shikamaru started his more advanced classes he met his teacher Asuma. The two hit it off and they were inseparable for many years. He was like an older brother to Shikamaru and was one of the first adults who didn't try to change his languid ways, instead challenging him. His father encouraged the two to meet after school and to do extracurricular activities. They bonded over Shogi and late night ramen. Asuma was precious to Shikamaru.

With age came responsibility and as much as he hated it, he got a job. It fit to his terms though - intellectually demanding, worked his own hours, and beneficial to people. Shikamaru still tends to wander off and because of one sporadic stroll to nowhere, he came across Naruto.

♡ Playing with children of all ages.
♡ Hot liquids like soup and tea.
♡ Swimming in everywhere from a pool to the sea. 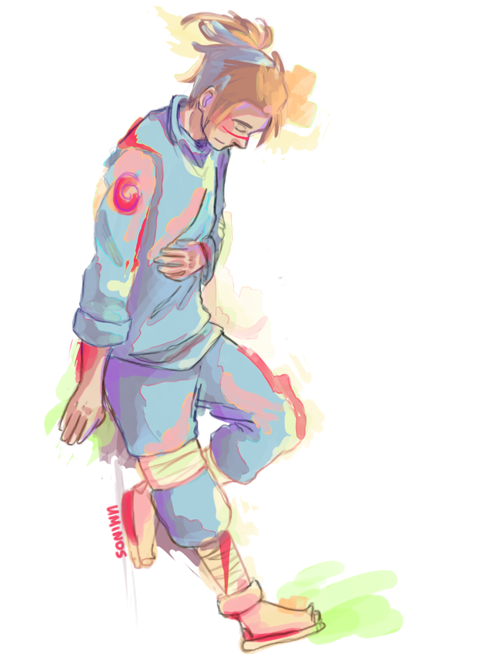 Aspirations
Iruka wishes to start a daycare of his own that offers education, innovative activities, and outdoor adventures.

Fears
Knives, walking alone at night, and losing another loved one.

Fondest Memory
Mother taking care of him when he was sick.

Current Goal: Finding a purpose.
Biggest Regret: Yelling at his parents before they died.
Secret: He likes Jiraiya's books.

Personality
A kind and gentle person, Iruka makes for a perfect teacher. He gets along with children, animals, and anyone who could be labeled as a stray. His patience is abundant when helping a child learn something but if a rule is broken he'll fly off the handle. He has a quick temper but his anger also fades fast. He's extremely protective of his friends and his students. Iruka counts everyone of his students, present and past, as his own children. There's nothing he wouldn't do preserve their vitality.

Bio
He was only eight when his parents left one night to go out and never came back. Iruka had been upset that he had to be babysat instead of going with his parents and had yelled at them. They ended up being murdered in an alley behind the restaurant they had eaten at. His only relief was that they had enjoyed themselves before losing their lives. Iruka became a mischievous child, pranking his caretakers and teachers. He was the class clown and never grew close to any of the other kids. It was only after going to college that he finally made good friends. He realized his dream career at a young age and now is trying his best to accomplish it. All he needs is something to keep him going.
​ 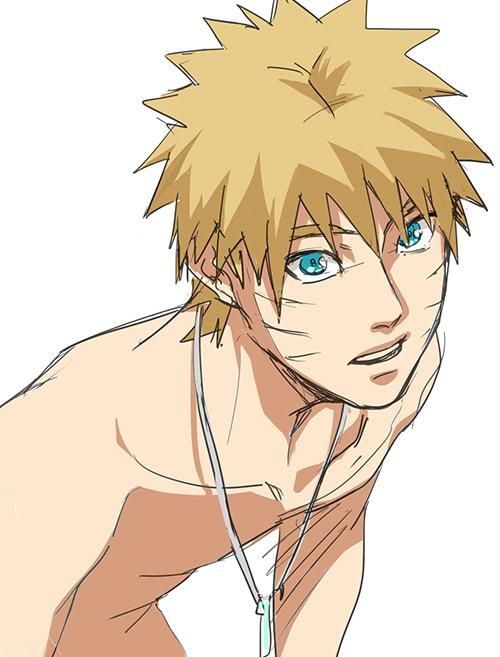 Hobbies:
+ Eating multiple bowls of ramen which would normally make a person fat but not him.
+ Playing games on consoles & outside games.
+ Growing a vegetable garden to help him with his patience.

Talents:
+ Naruto as a knack of getting along with almost everyone he meets, even when they are the worst kind of people.
+ Long lasting Endurance and determination.
Inabilities:
- Naruto is not super smart (not stupid), he struggles with overcomplicated explanations and things though over the years he has gotten better.
- He learns slowly, it has been a personal issue his entire life.

Fears:
- Losing people close to him.
- Being alone forever.

Naruto is a cheerful individual, he loved to be out and about talking to others. He is also known for the every so often practical joke on his friends and once old school mates. Though in sharing he is a happy individual doesn’t mean he always is. For all his life he had no parents, Naruto fell into a deep depression and never could really understand why he had such horrid luck in the world. So to make up for his loneliness he took up being the class clown doing foolish things to grab the attention from others. Any attention was enough for him.

Luckily throughout his life people have entered that have given him the confidence he has today. Naruto is a little bit over excitable and loud even at the age of twenty two..