Original poster
I've been tossing an idea around in my head for a while now and thought that I should share it.

The roleplay I have in mind is about an insane crazed madman who subjects his victims to a malevolent game show where he is the host and his victims the contestants. The characters would probably be in first person point of view while the "host", who I am playing and controlling, would be in third person point of view. The man will basically be a sociopath asking questions to the "contestants" about human nature and whatnot. He may also throw in a random general knowledge question. However if your answer doesn't satisfy him, the electric chair you're strapped to will send a current of electricity coursing through your body. Though the current won't be too powerful that it would kill your character right off the bat. So basically the main question will be how long your character will survive. The madman will probably kill innocent people right in front of your character's eyes besides sending a jolt of electricity through your character instead when you answer a question wrong. The main question maybe about if you can survive however the overall concern is would your character break? Due to the dark tone of this roleplay, more than likely it'll be for mature audiences and not the faint of heart.
C

That sounds so cool!
K

Haha I'm glad you think so, it's a concept that even intrigues me. I haven't seen much horror roleplays on the site. I hope this roleplay would be a breath of fresh air. Well given that your characters might be in an underground secluded bunker of some sorts, your character may need that fresh air. :o
Z

Original poster
Well the contestants will be from all walks of life. There would also be people who had not done a thing wrong however in the eyes of the "host" everybody is guilty of something and that something more tham likely is just existing. Um I hope that answers your question.
K

Original poster
I'm not exactly sure on how many characters I am looking for. Really just depends on how many people take an interest. Though then again a group consisting of 5-8guys characters maybe the margin I'm shooting for. That or just three. Haven't really decided yet.
J

Original poster
I would be up for it.
C

Original poster
You can most certainly count me in. :D
K

Original poster
Awesome, seems like a following is emerging xD
A

Original poster
I am enjoying this idea! :D
P

Original poster
Hmrf. Would I be able to use my Xyft character, Split?
K

Original poster
Um well I wasn't really planning on there being supernatural creatures. But um if you can provide a convincing reason why he would be in this situation then I don't see why not. But for the time being I'm just looking for human victims. Supernaturals don't necessarilu feel the same as humans.
K

Original poster
So it would seem that there are quite a few interested. You guys want me to post an OOC thread so you guys can create your characters or do you fancy a jump in thread. One that is private if possible.
P

Original poster
Uhmmmmmm. You're right; I suppose I could come up with a human character.
K

Original poster
If you want to bounce ideas off of someone, feel free to pm me.
K

Original poster
This should give the general tone and mood this roleplay would take on.

Original poster
Is there still an interested party?
K 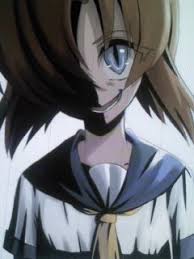 [ALIGN=left]Come and play to prove your worth as a human, you disgusting FILTH![/ALIGN]

*ahem* sorry, that was in character. No offense intended.
S

Original poster
Hey Kuscott.
This sounds intriguing
I'd like to join as a ''short experience''.
I would jump in when your psycho has everyone strapped to the chairs,
and leave (dead?) in a couple of weeks.