A Pirate's Life for you? (Pirate RP Interest Check)

It's the year 1655, and the Golden Age of exploration is in its prime. At the beginning of the 16th century, the European empires of Britain, Spain, the Netherlands, Portugal and France are powerhouses. From small colonies, to entire islands, to the largest of military outposts, these countries are slowly expanding out into the world with their eyes greedily set on the Eastern Hemisphere. The shipping industry is at an all time high, with products like Salt and Rum fetching extremely large prices to consumers. However, there's always the fear looming over the heads of the Kings and Lords of industry: The damned buccaneers.

While the rest of the world seeks to expand their empires and live under the rules of Kings, there are those who choose a life of absolute freedom and rebellion. These so called "Pirates" are the very scourge of the Seven Seas and are always posing threats for industry men. With the constant boardings of cargo ships and raiding of Salt plantations, the Monarchs of the world have ordered that every single mother's son who calls himself "Pirate" be caught and/or killed. However, the turn of the 17th century has brought about a new decree from the King of England. He has decreed that a Pardon for anybody convicted of, or having committed acts of piracy after the turn of the year 1718 be issued. The pardon alleviates he who takes it of all their crimes against the English Crown and allows them to return to England as poor, but free men.

The Pardon has not been accepted by all pirates because some see it as the cowards way out of going to the gallows. These pirates are the top priority for the King's Navy and the East India Trading Company. The King fears that they will pose a major threat to the world and therefore they must be completely destroyed. With all the corners of the map being filled up by explorers and pirates of the like, there doesn't seem like there is too much left within the world for anybody to search for... But that's where most people are dead wrong. Unbeknownst to most, the so called "legends" of mythical treasures, and locations, are actually true. The same can be said about mythical beings such as Mermaids, Sea Beasts, and even Davy Jones himself. The sea is a wide and brilliant place full of adventure, danger, and rum enough to drown an honest sailor. Some who sail seek the adventure and glory held within the waves, while others sail because they have nowhere else to go. No matter why you chose to sail, the sea will unite a crew into a mighty brotherhood.

The crew is your family, and the sea is your home. So now, its time to weigh anchor, let loose the mainsail, and pop open a bottle of Rum. Why you may ask? Because now, its time to sail for adventure!!​

Hey everybody!! Sora here with the glorious return of an idea I had buried for a while now. Back when I first joined my RP career, I started a semi-successful RP known as "Traverse the Seven Seas: Tales of a Buccaneer", but it died unfortunately due to inactivity. What I'm looking for is around 4-5 people who are willing to stick around until the story finishes. The basic idea of this RP is that we will be playing a group of Pirates who search for adventure and legendary treasures. We will be incorporating supernatural beings and events, following the same kind of formula used in Pirates of the Caribbean. This is not a fandom RP by any means, but we'll borrow a few things from PotC to make things more interesting.

So the main idea would be that we're all sailing underneath one singular captain and stay on one ship as to not cause confusion (too many ships spoil the plot :3). This allows for a more linear pattern and helps make adding additional characters into the mix later on much easier. We would all decide on positions in the crew in a fair manner,

I think for the sake of keeping things simple (not having to constantly give plot-moving ideas to people and working within their characters limitations), I'll play the Captain of the ship. My main character would be the Cabin Boy, but I'll also take control of the captain. I have a complete list of crew positions at the bottom of this post, but I just thought I'd let you know what I was planning to do as to not cause confusion.
Another thing I'd like to talk about briefly is the supernatural elements of this RP. Now, pirates (historical, not modern day) are awesome. No questions asked. They've had great stories and tales, but have also benefitted society in filling the map of the world, discovering new islands and even assisting royals (I know, shocking). But as far as sailing around with nothing to do goes, stuff can get pretty boring on the sea and looking for treasure in the same pattern. That's why we add in some elements that constantly pop up in pirate lore and mythos: Supernatural Stuff!

I'm talking Davy Jones, the Kraken, Blackbeard, Zombies, Undead Pirates, Curses, Witches and Wizards, Sea Monsters, Mermaids/Sirens, Harpies, Greek/Roman Mythological Creatures (how many times haven't you heard things like Cyclops' and Medusa being used alongside sea-fearers?) and many more. It can be very interesting, especially if we build upon these mythos and create lore of our own, therefore making the world our characters dwell in all the more real.

Now, we can also decide on wether or not we wanted to combine the real world with a fictional one, or just do one or the other. I'll put that up in a poll if we can't really figure it out, but it'll be one of the things we need to decide on before the OoC.

Just in case we decide on a real-life/historical setting with/without made up areas, here's a random map of the Caribbean. We would most likely start from there (Tortuga, perhaps?) and as we travel to more areas, more maps will be added. 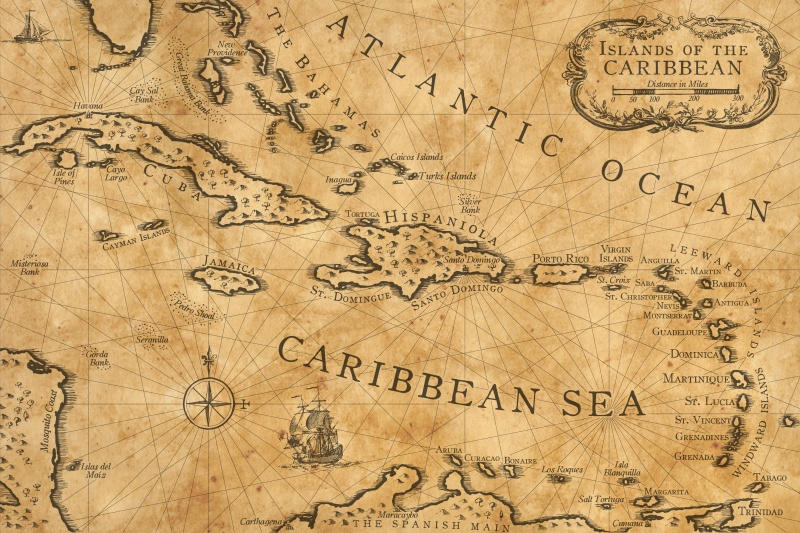 Alright, so if you're interested just let me know and we'll see where the thread takes us. And now, the Crew List! The number beside the title is the number of people I'm allowing to take those positions!

**As a note, you can have up to two characters, so feel free to ask for two crew spots if you want! Just try to be fair with it (as in, don't take two high positions for yourself, unless you're told otherwise by myself).

All we need to start the RP officially (aside from the Captain), is the First Mate, a Quartermaster, a Sailing Master, a Boatswain, and a Master Gunner.

*One Carpenter, one Surgeon, unless you want to combine the two.*

Alright well post below if you're interested and we'll see if we can get things going ^^
Last edited: Dec 5, 2015

Also, the concept of allowing some crew members to be of the 'supernatural persuasion' is up for debate (ex. The Quartermaster also happens to be a mermaid who grows legs on-land/out of the ocean, the Rigger happens to be an undead pirate cursed with living an immortal life).

I be in can a make sure first mate female

Sure, that's one down!
Reactions: ~Dark Disney~

Satan's Mistress said:
I be in can a make sure first mate female
Click to expand...

So since we're waiting for other people, mind if I hear a little bit about what your character is like/what you have in mind for her?

Want me to pm it

@WitchChild, as per your 'Sure' xD 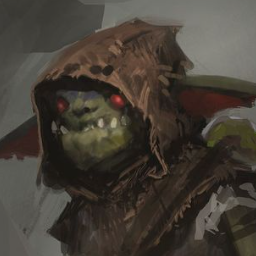 I would like to reserve surgeon
Reactions: ~Dark Disney~

WitchChild said:
What about DND esq monsters?
Click to expand...

Like goblins and such? Or are you thinking of something more DnD-exclusive?

That works, sure! I've got a copy of DnD 3.5 for reference so I can toss a few of those monsters into the mix!

Any ideas on what role you'd want to play, @WitchChild?

Thanks for tagging me I would like the sailing master please
Reactions: ~Dark Disney~