Out there on a lonely planet called Earth is some shunned people. Well maybe not really shunned but not noticed very often, kinda strange, weird or simply not understood. Each and every one of the people has something in common with each other. None of them yet know what bonds them together but they, aye that they soon will.

The Creator has made a place for these special people in a new Galaxy called Bridge Mix Galaxy and more specifically on the Planet called Safe Haven. On Safe Haven is a land mass called Sanctuary and more specifically on Caldwell's Lands. What matters most is that these special people with this ancient core are gathered and placed there where they will be safe once more and with others that have this old ability that is stored in their essence.

The beginning of your new life…….


Until the fated day, this misunderstood person sees an old picture of an academy somewhere, it doesn’t matter where it is found. The picture could be in an attic, museum, art exhibit, or anywhere in your imagination. Then when the misunderstood person happens to touch the picture, he or she is ‘drawn into’ the said picture. Under the picture is a plaque that may be dusty or dirty but if one was to clean it off, it would say:
Caldwell's Academy of Magical Talents and Draconic Arts. Please Touch to Enter.

I have run this Academy before and I have added what I hope are interesting classes and ideas. I need more ideas and I hope to have help from those who join this RP.


My Rules:
NO ONE HAS ANY MAGIC IN THE BEGINNING AND YOU DO NOT KNOW ABOUT THERE BEING ANY MAGIC! NO EXCEPTIONS! Do not ask.
1) Be online at least every other day. If you are going to be gone for more than two days, please post it on the OOC.
At 7 days, you will no longer be in the RP without discussing with ME.
2) I do not like one liners! Please post at least 3 full sentences of 5 words or at least 15 words minimum.
3) Check the Bulletin Board frequently after it gets set up. More late on it.
4) Follow the rainbow.
5) No Godmoding without permission!
6) Do not post before you are accepted into the RP.
7) Keep Player Knowledge Separate From Character Knowledge.
8) Place the line that is not a rule in the other line of the character sheet.
9) Respect the other players.
10) More will be added if I see the need for more.
Possible characters are:
Traditional Student: will be using basic magical skills
Draconic Student: Will train a riding dragon in addition to using basic magical skills
Student of both: Will be taking all courses offered in the levels
Draconic Teacher
Butler/Head Houseker
Medic
If you would like to be a Long Term Character, please note that as well in the Other line.
Long Term Characters are the ones who will pass all of the Levels and will leave to explore new lands.

Here is the CS application:

This RP is now ready to accept characters. I will also be eagerly waiting for new ideas and any questions!
Last edited: Jul 6, 2015
S

Name: Matt Brett
Appearance in words: (Just look at the picture) and because the picture doesn't show it 5'9" 132lb
Picture:
[spoili] 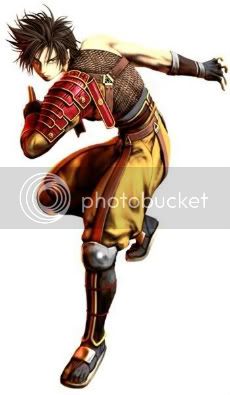 [/spoili]
Age: 15
Room: 5
Character wanted: Student of both
Unique Traits: Learns magic quite easily and good organisational skills
Likes: Nice people, animals (especially dogs), food, video games and magic
Dislikes: Annoying people
Personality: Matt is the typical good student, he works hard to accomplish his tasks and tends not to give himself many breaks, unless he has a reason for them (hanging out with friends and that sort of thing). He is nice to everyone who is nice back. Tends to get confused when something suddenly happens to him like normal people would react.
History: Matt grew up in a relatively well off family known for their magic, most of his family are well known by most people so he tends to not tell his second name to people to not have anyone know who he is. He was learning magic even before going to school as his parents wanted him to be a great mage/ wizard (you haven't exactly said what they where training for). With all the pressure on him he decided to take all classes possible so he could be the son they always wanted. Also when he got to school he found out that his sister is one of the teachers in the school, so she may be a bit of a problem from him.
Rank of the Basic 4 (Fire, Water, Earth, Air/Wind): for future use
1) Fire
2) Wind
3) Earth
4) Water
Magic Affinity: (TBA until further notice)
Pet desired: (All pets are just weaned or in eggs which will hatch on Day 3 of classes) (TBA until further notice)
Other: Follow the Rainbow.

koolkat4595- Both are accepted! We need at least 2 more students!
T

Age: 15
Room: 7
Character wanted: Student of Both
Unique Traits: Mystique has no unique trait except her green eyes which are consider a witchy trait.
Likes: chocolate, gardening, crafts, reading
Dislikes: loud noises, people walking up behind her, canines,
Personality:
Always helpful, Mystique will go out of her way to help others and forgets her own needs. Quick Temper, Distrustful, Curious
History:
Mystique was dropped off at an orphanage when she was first born. She has bright copper red hair and deep green eyes which was considered a witchy trait. She was sent out to various couples but the couples would bring her back for one reason or another. She had her room even though it was quite small. It used to be a walk in closet at one time. Mystique had a special way with animals and she claimed to be able to communicate with them. She also had a hot temper and with the hot temper came her ability to make a fire ball. Once she was able to make fire balls at the young age of 5, she was no longer considered adoptable. She was taught that throwing fire balls was not a good thing and she would get herself into trouble. In fact the people at the orphanage did their best to make sure that Roisin did not get angry until she was much older and had learned how to control her temper. She grew up and was the eldest child in the orphanage.
One day while in the attic of the orphanage with one of the staff, Mystique found the picture of Caldwell’s hanging on the wall. She was entranced with the picture and walked over to the picture. She took a finger to dust off the tiny sign and she was pulled through the picture- much to the surprise of the staff person.
Rank of the Basic 4 (Fire, Water, Earth, Air/Wind): for future use
1) Fire
2) Air
3) Earth
4) Water
Magic Affinity: (TBA until further notice)
Pet desired: (All pets are just weaned or in eggs which will hatch on Day 3 of classes) (TBA until further notice)
Other:
Follow the rainbow.
Long Term Character
Education Completed:
Independent Study Courses Completed:

Age: 25
Room: Head mistress room
Unique Traits: Lady Violetta tends to be slightly negatively because of her past. She is very lonely. She will disappear at times just to get away from the school.
Likes: quiet, chocolate, animals, crafts, books
Dislikes: loud noises, thunder, fishy food, gardening
Personality: Lady Violetta is kind but a bit aggravating because she is quite strict and stubborn in her ways. She can be a bit of an introvert and prefers to be with animals than people. She enjoys teaching those who are willing to learn and will obey her rules at all times. However, she is a bit lonely.
History: She was a Librarian in the young adult section of a big city library. One day she was cleaning some new paintings that came in when she was pulled into the picture. She landed on the lawn which she named the Fall. The Creator met her and instructed her about her new position- the HeadMistress of Caldwell's.
Rank of the Basic 4 (Fire, Water, Earth, Air/Wind): for future use
1) Fire
2) Earth
3) Water
4) Air/WindMagic
Magic Affinity: (TBA until further notice)
Pet desired: (All pets are just weaned or in eggs which will hatch on Day 3 of classes) (TBA until further notice)
Other: Follow the rainbow.
Long Term Character
Education Completed:
*She inherited the knowledge when she came through the picture*
Independent Study Courses Completed:
*She inherited the knowledge when she came through the picture*

I'll make both a DS and the housekeeper. I'll try to get a CS up by this weekend.
T

Thank you CynderTheDragoness! I appreciate that.
If anyone know of anyone that might like this RP, feel free to contract them!
T

Tomorrow we shall start the RP. I will need all staff to post first then it will be open to students who will fall into the Academy. Find the most creative way to 'fall into' the Academy. Also be sure to glance through my blogs for more information on the RP. The Mythical Creatures will have all of the Pets that you may have as well as a coloring page if you wish to color your pet. I will be working on this blog today and it will be posted by tomorrow afternoon.
Any questions?!

my main question was about the extra bits such as the pets and dragons. Also, because of my schedule I may not be about to post every other day, not saying that i absolutely cant, but since my summer courses are accelerated there will be times when i have multiple essays to write and will not be able post but one time during the working week and one time on the weekend if i finish early. I will tell you if its the case so i wont be MIA suddenly. i can't wait to start!
T

That is fine about your posting. Just keep us posted if you have troubles with the speed. I hope to start today. I am ready for Staff to report so we can start the school year.

For those of you who are ready to choose a pet, I have them in my blog section.


​
I hope that everyone will start posting today.​

I'll have internet access for my laptop tonight. It will be easier to make a CS for my DS and housekeeper.
T

That will be fine. I am eager to start when we can.

I will post today for Faye. I went over the blog entries and I can already tell which one will be good for kairi but I'm having a harder time pinning the best pet or dragon for Faye. I will update their CS accordingly before I postl
T

Thanks for posting koolkat.But got to go . My granson is teething pains. bbl

Can I get a link to the blog? And do you mind if i only fill out the minimum for the CS for now? Just to have a character up. I'll add to it as I have time.
Show hidden low quality content