A Minor Cosmic Inconvenience: A story of friendship in the midst of an eldritch takeover 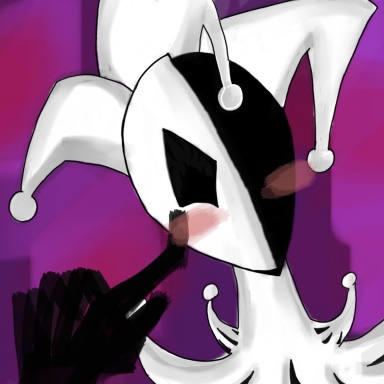 Hello there! The Earth is in peril from otherworldly forces, and it's decidedly not up to you to fix it! ...Unless...

Lore : It was the beginning of summer break for most students, and a few specific professions. Everyone was excited to get out of school and live enjoyable lives, with minimal personal obligation. Unfortunately, for unforeseen and terribly inconvenient reasons, a relaxing summer was cut short.
Most didn't get the exact news, but everyone noticed something was different. It began with the insects, they began falling out of the air, completely dried up. Then followed the birds. The planes. The clouds. You may be asking, how planes could be dried up. Obviously we meant the insides. And clouds, we meant they disappeared. I apologize for the unspecific language, we are but a fallible narrator-cluster.

Anyhow, the deal was, the stars remained, but everything that entered the sky would perish, be desiccated and thrown to the ground. That deal was orchestrated by the sky itself, it seemed, which emphasized it's bodily autonomy by spawning uncountable bulbous orbs and screaming incomprehensible obscenities. This ruled out travelling to space or other planets until the sky was sufficiently negotiated with. Yet again, the unfortunate situation struck and made disappear the only person popularly known to speak with the sky. She was probably a fraud anyway.

The surface of our planet was similarly fraught with dread. What wasn't consumed by the sky tended to change... horrifically. We as a species were never huge fans of tentacles, except in fringe cases, but the sheer mass of unrequited tentacles that spawned was completely wrong. Simply tentacles would have been enough, but so came jagged maws within which swirled galaxies, and misshapen eyes that incited madness and delirium. Sure, not everything changed in a grotesque manner, but enough did to warrant a global strike on doing anything outside one's own self-interest. Ayn Rand would have been proud. Good riddance.

We should probably mention that it's the year 2030 and we made it to the moon! Oh, and Mars, and a little bit of Jupiter's harem of moons. Also, we are in what used to be the Netherlands, but could now practically be called a disaster. Not as bad as the former United States, which was enthralled by civil war and death cults. Not much has changed. Europe has at the very least managed to scrape together some sense of camaraderie and shared experience. Our information? We got it from US international chain restaurant pamphlets, encouraging people to always carry a gun in case of aforementioned death cult or enemy soldier. Crazy place. Canada apologized for them.

Characters: You made it this far. Make a character, please include their name, pronouns, age, general role in society, and even some backstory if so inclined. Of course, it's recommended to have some reason to make friends, as this is a friendship rp. I will be playing npcs as required to move plot along, in the manner of a gm. Let me know down below your character and any questions you may have!

Rules/Suggestions: -No magic, except in religious ways, like wicca, augury, renegade baptism, what-have-you. No fireballs and necromancy, but religious practices are encouraged.
-Third Person Past Tense recommended, but if you have a deep seated desire to be different, go for it!
-Post length is whatever you wish, mon ami.
-Smut? There will be an nsfw text channel exclusively for that, but keep it there. "The door is locked"/"The curtains are drawn" is sufficient detail.
-OOC language is English, but if you are speaking in another IC language and it is important to be aware of that, simply indicate it with a little [LANGUAGE HERE] at the start of the post. By default the IC language is Dutch, but for ease of use, we don't need to think much of that.
-Your character can certainly be interesting, by all means have fun, but post them below for review first.
-Be nice, y'know!