A Game of Life or Death

Original poster
If You've watched, played, or heard of SAW, Virtues last Reward, Death Parade, or Until Dawn this Roleplay will interest you. So sit back and read on your own risk as i can't guarantee you will survive afterwards. This ''Game'' is of life and Death, Betrayal and Loss, Sadness and Despair . . .

Limbos Cry is based around a horror-ish, psychological game that is held in a abandoned hospital. When you arrive you don't know how you got there or what day, time, or date it is. All you know is your name. The reasoning behind why your in a hospital? Why your on a bed with no needle in you or a robe? Well.. that is for you to figure out. The Hospital in question is quite clean and doesn't even represent the appearance of a abandoned hospital, the tiles, walls, and tools around you seem as if they were just recently cleaned but no body is around. Everyone will be assigned they're own ''Room'' and to be fair everyone will be paired up with someone at random . . .

What will happen next? Well you will need to join and find out . . .

The rules? There is no rules, Besides the basic Iwaku rules you will simply be thrown into a situation and you will be required to find a way out or even . . . make a decision. The last person alive will be able to leave and see freedom again.

Everyone will have the same situation, however there will always be at least 2 different ways you can escape the room. Once everyone escapes the room then you and your partner will be sent to a room where you and everyone else who escaped they're rooms will decide the fate of the group who was last to escape. The last group essentially won't escape, once everyone escapes and one group remains the exit door to said room will lock and everyone will have to judge them.

There will be other rooms to where you and your partner will go into and see the other group in question on a Hospital TV mounted to the wall. A bed will be present as well and a box with three buttons on it will be on the bed. The three buttons are labeled: Death, Life, Sacrifice. the Death button is red, The Life button is green, and the Sacrifice button is blue.

The Judge box Rule​
The Judging will be based around a majority system. If most people vote Death then they will die, If most people vote life then they will live. Remember though, if they live then that will add time to how long you will be in the game. If you choose death then that obviously cuts time from you being in the game. The Sacrifice rule is a bit different from the main two options, if there is two votes on sacrifice then both partners of said vote will die. For example: If you choose sacrifice and bob in another room chooses sacrifice too then you and bob's partner will die. The Sacrifice option does not go by the majority rule!


The Humanity Rule​
Everyone will have a small amount of explosive attached to they're heart, in case the Sacrifice rule is undergo the explosive will activate killing said partner immediately. If you attempt to remove it then it will activate as well. If someone falls asleep, gets knocked out, blacks out, or passes out then the explosive will activate causing your heart to explode and that will be the end of you.
​
The End game rule​
Once one person remains then they can leave, simple as that. Once everyone submits they're vote and the outcome started and then ended the door to the voting room will unlock and you will be sent to another room till you exit and then a voting process will begin again. This whole process will restart till one person remains victor. Once that victor leaves everyone can make another character and the situation will be different but the same rule will imply. Next time there might not be a hospital, maybe a school.
​
Any questions you can ask here, I am on pretty much all day so i can answer them pretty quickly.​
Last edited by a moderator: Sep 2, 2015
G

Original poster
This is a really interesting take on this and I like this. It seems unique out of the majority of the roles here. So how do we create a character?
K

Ginutusu said:
This is a really interesting take on this and I like this. It seems unique out of the majority of the roles here. So how do we create a character?
Click to expand...

I will wait for a few more interest to show up then i will make the OOC/Sign-ups thread. That thread is where you make your character.
G

Original poster
I ask my friend if she'll join and she says she might
Reactions: Kame
Z 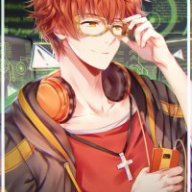 Oh mah lawdy this is sounding epic. I love the SAW series so... me gusta. >:D I think I'll sign up whenever you make the OOC/signup post. ;)
Reactions: Kame 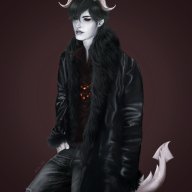 This reminds me a bit of the Judge series.
https://www.goodreads.com/book/show/16160798-judge-vol-1
I don't think I would be able to role play this but I will definitely stalk the rp. I can't seem to read enough of psychological horror.
Reactions: Kame
P

Original poster
Definitely up for this. The premise seems amazing and I am also a sucker for pretty much all works you mentioned at the beginning~
Reactions: Kame
K

Original poster
Okay we need at least one more interest to get started! :D
A

Original poster
I am down for this. Time to get out of my Fantasy Shell and explore more genres.
Reactions: Kame
K

(I'm interested in joining. Although I have to ask. Does the appearance have to be real or can it be anime? o.o)
K

NyanMoe ❤︎(≧ω≦)❤︎ said:
(I'm interested in joining. Although I have to ask. Does the appearance have to be real or can it be anime? o.o)
Click to expand...

it can be both. refer to the link previously posted to create your character.

Edward said:
it can be both. refer to the link previously posted to create your character.
Click to expand...

Alright. I've already seen it in advance and am working on my character sheet.
Reactions: Kame

By the way, what the age limit for the characters?
K

NyanMoe ❤︎(≧ω≦)❤︎ said:
By the way, what the age limit for the characters?
Click to expand...